Natalie Johanson was born in Utah and grew up loving the mountains. Her summers were spent in the mountains camping and rodeos. Those wide spaces and beautiful scenery fueled her already active imagination and has gone on to influence writing. Reading and short story writing filled her school days from the first grade. What started out as a story, to give a book the ending she thought it needed, turned into a new world and characters with their own stories to tell.

“Rose is an engaging heroine, as are many of the supporting characters. From the brusque but caring healer Master Rita to the telepathic Capt. Sayla, they generally feel complex and three-dimensional. Ultimately, though, the novel is a fun, well-crafted story that fantasy readers should enjoy.”
– Kirkus Reviews 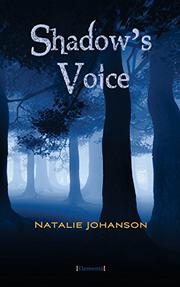 A young girl with a checkered past and a mysterious magic power is drafted into a mission to save her kingdom.

Johanson’s debut fantasy novel is the story of Rose Ula, a girl with the power to move through shadows. When the story opens, Rose is on the run from her past, but a chance encounter with a dying man changes her world forever. The man, an officer named Nico, reveals that there is a plot to assassinate the king, and he begs Rose to bring this information to the royal castle. Despite her apprehension, Rose does so and soon finds herself immersed in the world of royalty and nobility, many of whom also possess magical gifts of their own. As Rose grudgingly learns to trust the new friends she has made—especially the handsome, kindly young King Micah—she realizes she must stop running from her past. While she learns to master her powers and open her heart, it becomes clear that more is at stake than she ever thought possible: the fate of the kingdom may lie in her hands. Johanson deftly builds Rose’s world, with the rules of the universe feeling mostly clear and easy to follow. Rose is an engaging heroine, as are many of the supporting characters. From the brusque but caring healer Master Rita to the telepathic Capt. Sayla, they generally feel complex and three-dimensional. However, as the novel builds toward its climax, the rules of the magic get a little hard to follow, making the final battle more muddled than suspenseful. There are also a few too many incidents of Rose collapsing into the king’s arms from overuse of her magic or because of some other external danger (Rose even remarks, “You are always carrying me. Why is that?” so maybe the narrative is in on the joke). Ultimately, though, the novel is a fun, well-crafted story that fantasy readers should enjoy. The conclusion is open-ended enough to suggest at least one sequel; let’s hope Johanson delivers.

"I never claimed to be consistent"--Anita Blake Series

Rose Ula continues her journey of discovery as she delves further into her past. More and more questions are raised as she tries to uncover the truth about her magic and how to control it. War seems to be boiling in the distance and Rose's magic seems to be the center of it all. She continues to struggle to find her place in the castle, with its strange rules and order. Can she face her past and the people it brings? Can she truly learn to trust? Most importantly, can she survive the new threat from the past?