Neil McGarry and Daniel Ravipinto are, collectively, a computer programmer, afraid of heights, a former technical writer, a rabid Go-Go's fan, a board-game designer, a founding member of the Alan Turing Fan Club, an award-winning interactive-fiction author, a native Philadelphian, an ex-drummer, one heck of a party thrower, a pianist, from New Jersey, the holder of three degrees, an avid role-player, an improvisational actor, an uncle, a stand-up comedian, not particularly fond of flying, a video gamer, a lover of Halloween, a story-game/RPG developer, and an Ultimate Frisbee enthusiast.

“A fresh, compelling twist on fantasy, without magic or sorcery.”
– Kirkus Reviews 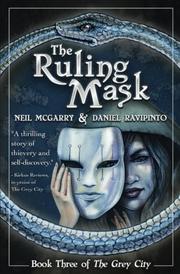 McGarry and Ravipinto (The Fall of Ventaris, 2013, etc.) return to the turbulent city of Rodaas in this third installment of a series.

In gang- and guild-dominated Rodaas, affiliation means everything. Wearing the cloak of the Grey Highway—a society of thieves with influence in all corners of the fantastic city—is perhaps the most desirable association of them all. So thinks Darley, the privileged aristocrat’s daughter, who approaches Grey member Duchess in an attempt to gain an invitation to the order. Darley knows of Duchess’ past—that she, too, was the daughter of an aristocrat, though she has turned her back on that life—and hopes to use their former acquaintance to bend Duchess to her will. Duchess has her own plans, though. Darley’s connections to the city’s scholars may be of benefit to Duchess’ work as well as provide some insight into the recurring dreams from which she has been suffering. But why, wonders Duchess, does a particular scholar, Cecilia Payne—the only female one in the city—want to meet with her? And what is the origin of these rumors swirling through the streets that Duchess is a murderer for hire? Tensions are building in Rodaas: the city’s cults are on the verge of an all-out war, and the empress’ control of the throne is not assured. In a place where so much is based on hearsay and anecdote, Duchess must be very careful what she says—and what she allows to be said about her. “Each is a story,” her mentor warns her while discussing whispered rumors that affected two powerful men. “Each has a tale behind it. Sometimes we know them, and sometimes we only wish we did.” In Rodaas, McGarry and Ravipinto have created a world of profound complexity and intrigue (At one point, Duchess recalls: “Someone once told me of a theory that Rodaas passes through periods of long stagnation punctuated by spasms of change, sometimes violent change”). Readers unfamiliar with the earlier works in the Grey City series will likely feel over their heads, as the nuances of the various castes and factions are deep and difficult to suss out. Those willing to commit themselves to the installments, however, will find their investment paying dividends. This third volume of Duchess’ story is the most knotty, absorbing, and satisfying yet.

A compelling addition to an impressive fantasy series with a strong heroine.

In the second installment of McGarry and Ravipinto’s (Duchess of the Shallows, 2012) fantasy series, a young woman seeks to find balance between her past life as a scholar’s daughter and her new life as a rising star among criminals.

Newly accepted into the Grey, a secret society of thieves, Duchess strikes up a business partnership with Jana, a singularly gifted weaver. Jana has been forced to work on the outskirts of town after being denied entry into the weavers’ guild due to her race, class and outsider status. Duchess is certain that with Jana’s skills and her own connections and unorthodox business savvy, they can build a profitable partnership—but only if Duchess’ calculated scheme to secure Jana’s admittance into the guild is successful. Meanwhile, she also wants to employ the bodyguard services of Pollux, the empress’s former servant and lover, who’s incarcerated for acknowledging his parentage of the empress’ son. As part of an elaborate and hazardous scheme, Duchess plans to break Pollux out of jail by faking his death. As she pursues her plans, Duchess makes a few new enemies along the way. She’s also confronted with the past she left behind as  the daughter of the late hero and scholar Marcus Kell, as she forms a reluctant acquaintance with Darley, a long-forgotten childhood rival and the daughter of her father’s best friend. As she uncovers secrets of days gone by, she feels torn between her well-established life as a cunning thief and clever businesswoman and the very different life she might have had. Readers unfamiliar with the series’ first book may find some details of the world’s social structure to be unclear, but the intricately plotted schemes stand alone in most other respects, and newcomers will likely find them easy to follow. The authors, through their powerful portrayals of strong-willed characters, skillfully examine and confront issues of race, class, gender and sexual orientation in a way that’s rarely, if ever, done in medieval fantasy. In a manner that’s both modern and timeless, they examine the ways that strong women forego niceties to fight for the respect so easily granted to men. Overall, the novel is an engaging account of a young woman’s quest to succeed because of her outsider status, rather than in spite of it.

A thrilling story of thievery and self-discovery. 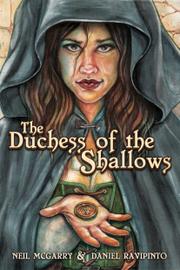 THE DUCHESS OF THE SHALLOWS

Co-authors McGarry and Ravipinto jump into the fantasy genre: “The time had come to leap before she looked,” with the rest of the book explaining the heroine’s dramatic decision.

Once Duchess’ situation is understood, one can’t blame the 16-year-old for jumping. Originally an aristocrat and now an orphaned bread girl, she lives in a murky city called Rodaas in an unspecified setting that suggests medieval Earth. The world is run on a system resembling modern gang wars—classes manipulate each other and use identifying colors. In fact, life in Rodaas is often described as a game; those who understand have the best odds of survival. When the Grey—a shadowy group that operates between the power elite and the peasants—invites Duchess to join them, she knows this opportunity might save her. The invitation comes via a token that leads her to a contact who assigns her the dangerous mission of stealing a dagger from an evil lord whom unseen players want eliminated. Duchess’ survival instinct screams to reject the mission, but that instinct also knows it’s her only chance to escape the slums and learn why her family was murdered. She can’t do it alone, so she persuades her friend, the beautiful Lysander, to help. Their plan is as dangerous as daily life in Rodaas, where the stones have ears and transgressions can be fatal. McGarry and Ravipinto portray this world in deft prose that weaves back story and plot into a smooth narrative peopled with credible, appealing characters. Although it takes perhaps too long to figure out the story behind the Greys, as well as to understand Duchess’ motivation in undertaking her mission, Rodaas is so deeply realized, and the conflicts so captivating, that the patient storytelling pays off. The story pulls in the reader from the first sentence and doesn’t let go.

A fresh, compelling twist on fantasy, without magic or sorcery.

We wrote a book!

THE DUCHESS OF THE SHALLOWS: Named to <i>Kirkus Reviews'</i> Best Books

THE DUCHESS OF THE SHALLOWS: Named to <i>Kirkus Reviews'</i> Best Books

THE DUCHESS OF THE SHALLOWS: Named to <i>Kirkus Reviews'</i> Best Books, 2012

THE FALL OF VENTARIS: BOOK TWO OF THE GREY CITY: Named to <i>Kirkus Reviews'</i> Best Books, 2013

THE DUCHESS OF THE SHALLOWS: Kirkus Star

THE FALL OF VENTARIS: BOOK TWO OF THE GREY CITY: Kirkus Star