Nesly Clerge received his bachelor’s degree in physiology and neurobiology at the University of Maryland, and later pursued a doctoral degree in the field of chiropractic medicine. Although his background is primarily science-based, he finally embraced his lifelong passion for writing. Clerge’s debut novel, When the Serpent Bites, has received exceptional reviews, as has the second book in The Starks Trilogy, When the Dragon Roars. The trilogy books explore choices, consequences, and the complexities of human emotions, especially when we are placed in a less-than-desirable setting. End of the World: The Beginning, is the first book in a new serial and became an Amazon #1 Bestseller two weeks after publication. When Clerge is not writing, he manages several multidisciplinary clinics. He enjoys reading, chess, traveling, exploring the outdoors, and spending time with his significant other and his sons. For more information regarding his books, please visit Clergebooks.com.

“The prison fear is vivid, the odds insurmountable......An arresting prison tale about penance—and whether it’s even wanted.”
– Kirkus Reviews 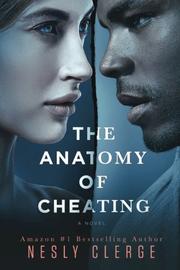 THE ANATOMY OF CHEATING

Two married couples deal with the destructive effects of infidelity in Clerge’s (End of the World: The Beginning, 2016, etc.) novel.

Chelsea Hall has never quite recovered from her husband Garrett’s past dalliances with other women, and now she’s sure that he’s cheating yet again. He works impossibly long hours, shows no sexual interest in her, and buys her lavish gifts that seem to be the product of a guilty conscience. Her self-esteem is already battered by the fact that she abandoned her career for motherhood, as well as by weight gain from her pregnancy. She finds some support from a therapist who wrote a book on cheating—a New York Times best-seller, in fact—and in the emotionally sensitive fiction of a self-published author, Luke Thompson, who waits tables part time to make up for his lack of commercial success. His own first marriage was destroyed by betrayal—his wife cheated on him, and he subsequently cheated on her in retaliation. Now he’s wed to another woman named Brandi, but he regrets being rushed into the marriage; meanwhile, Brandi’s frustration mounts as he doggedly pursues a financially floundering writing career. Luke’s and Chelsea’s lives collide when she sends him a flattering note online; the two agree to meet and soon begin a torrid affair. Their tender union, however, begets a grim series of catastrophes involving murder, suicide, and imprisonment. Author Clerge intelligently plumbs the corrosive aspects of adultery, as well as the many ways that matrimonial duplicity can haunt a relationship, even after apologies have been grudgingly accepted. However, Garrett and Brandi come off more like monsters than real people, as they’re both infinitely shallow and cruel to their respective partners. Also, the story eventually spirals into soap-operatic melodrama, eschewing narrative nuance on its way to a cinematic, hyperventilating ending. Clerge has a flair for unexpected plot twists and shows skill at depicting complex character entanglements. However, both of these strengths come at the expense of narrative plausibility.

A thoughtful but unfortunately overwrought study of romantic perfidy. 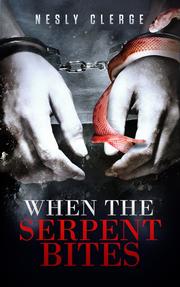 When the Serpent Bites

From debut author Clerge comes a novel about one man’s quest to survive prison and find answers within himself.

Frederick Starks, a man who built his life “on calculated risks and informed decisions,” sees everything he worked for vanish almost instantly. After attacking a man with whom his wife is having an affair, he finds himself well into legal hot water and far from his world and its “live-in nanny, Ferrari, mansion, expensive clothes and jewels.” Though his lawyer argues that his act, which put the man in a coma, was a crime of passion, the jury disagrees. He’s convicted and sentenced to time in a maximum security prison—a road that won’t be easy. Soon, an altercation with a well-connected prisoner lands him in solitary confinement, “lower than he’d ever been.” Hope comes in the form of a prison counselor named Demory, who urges Starks to reflect on his past as well as his current condition. “Maybe you want to ask yourself what kind of person you choose to be while you’re here,” she tells him. But will such efforts be enough to save a man like Starks from falling further into a pit of violence and despair? The narrative is full of introspection concerning Starks' past, as when he wanted to ask his eventual wife, Kayla, to his junior prom: “Starks was desperate to go with Kayla and terrified to ask her.” A portrait is painted of a fairly normal, hardworking man who ended up with some rotten luck. Though pages detailing Starks' trial don’t add much to the story—readers will have no problem seeing a conviction on the horizon—suspense is maintained by the question of how anyone might escape and survive such a heap of trouble. The prison fear is vivid, the odds insurmountable, and the conclusion anyone’s guess, though it certainly won’t come easily.

An arresting prison tale about penance—and whether it’s even wanted.

When The Serpent Bites - Book Trailer

The Anatomy of Cheating

Lust, deception, betrayal, and their inevitable outcomes weave a web nearly impossible to escape in Nesly Clerge's latest novel. Chelsea Hall is certain her husband is cheating. Again. How far will a wife go when her adulterous husband pushes her to the edge? Some stop at the cliff's edge. Others leap into the abyss. Garrett Hall wants what and who he wants. His detachment from their relationship leads Chelsea to seek what she needs elsewhere, and onto a path that leads to bliss. What begins as a dream-come-true soon becomes a nightmare when the line between who is innocent and who is guilty soon blurs. Until the horrifying truth becomes clear. And, the question becomes, Who will survive?
Published: May 1, 2017
ISBN: 978-0-9965017-7-4

When The Dragon Roars

Secrets and lies force their way to the surface in Nesly Clerge's newest novel of deception, crime, and buried history. Frederick Starks thought he'd already lost as much as one man could: A beautiful family, the luxurious life wealth provides, success, admiration--all stripped from him in one moment of madness that resulted in a fifteen-year sentence in a maximum security prison. Certain that life has gotten as bad as it can get, Starks contrives a way to rise to the top of the inmate hierarchy. But his assumption is wrong. Amid stunning revelations, betrayals, and violence, Starks faces one challenge after another, until a life-altering event forces him into the most brutal confrontation of all: the truth about himself.
Published: Sept. 27, 2016
ISBN: 9780996501736