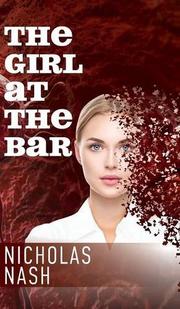 THE GIRL AT THE BAR

In Nash’s debut thriller, an out-of-work stock trader has a one-night stand with a woman who later vanishes.

Ragnar Johnson was recently fired from investment bank Lincoln Myers because of trades that lost hundreds of millions of dollars. Things look up, though, when he meets a beautiful, martini-sipping woman named Rebecca Chase at a bar. He strikes up a conversation with her and finds out that she’s a California-based cancer researcher in New York City for a conference, and they eventually end up back at his place. The next morning, Rebecca’s gone, but a few days later, police detectives knock on Ragnar’s door. It turns out that Rebecca didn’t show up at the conference, or anywhere else, and the cops think that Ragnar is responsible. He’s taking medication for several mental disorders, including schizophrenia, and he’s afraid that he may have done something terrible to Rebecca—something that he can’t remember. His own investigation into the matter has unforeseen consequences, as someone he interviews about Rebecca ends up dead. As the detectives try to pin a murder on Ragnar, he finds out that other people have motives to want Rebecca missing (or dead), including an ex-fiance. There’s also an intense rivalry between her employer, Atticus Biopharma, and another company, Faust Biopharma, which may involve corporate espionage. Nash tells a gripping but credible tale by complicating seemingly simple tasks for his protagonist. For example, Ragnar manages to find a witness from the night that Rebecca disappeared, but one who doesn’t understand English—so Ragnar needs to track down a translator, too. There’s a steady sense of unease throughout as murders gradually pile up, interspersed with snippets involving an enigmatic “phantom,” whose internal dialogue manically references a driving force called “the void.” Ragnar is an appealing lead character, and he eventually garners an unexpected ally. The story is marred by occasional wordiness, though, as in descriptions of a scientist being “virtually almost always” in his lab or Ragnar’s boss being “a lifer at Lincoln Myers, having worked there all his life.”

An often taut and suspenseful tale, told in a straightforward style.