As a child, I remember the stories my mother and grandmother used to tell about me lineage, in particular, the story of the 1813 Massacre of Fort Mims. A few years ago, I began a journey researching our family lore, discovering something surprising. Historians consistently stated that no one knew the whereabouts of my kinfolks at the time of the massacre or their fate afterward. In my debut novel, Red Tears, I attempt to reveal insights into our family lore and their harrowing escape from the bloodiest massacre in the frontier history of the United States.

Earning a Bachelor’s of Science in Mechanical Engineering from Texas A&M Kingsville in 1983, I enjoy my work designing and building pipelines, oil production facilities, refineries and chemical plants in the Gulf Coast region. As a Project Engineer, I have over thirty years of experience in writing highly technical documents and am excited about making the transition into historical literature. I must say it is very gratifying to know that I have finally written something that is entertaining to read.

There is a joke among engineers that goes:
The pessimist sees the glass half empty. The optimist sees the glass as half full. The engineer has performed calculations that determined that the volume of the vessel is approximately twice as large as required for the application.

I am delighted to see the glass half full!

“Parten ... uses her family history to craft this tense saga ... And like any successful historical novel, the work will impart readers with a craving to learn more about the events.”
– Kirkus Reviews 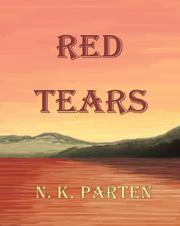 In 1813, 14-year-old Prudence is the youngest daughter of Samuel and Hannah Mims. They own a plantation in the Tensaw delta, near Mobile, Alabama, which—not yet a state—is in Mississippi territory. One day, Prudence and two of her brothers, David and Alex, await a ferry that will take the family to Fort Stoddert to visit their sister Henrietta, who is married to Maj. Benjamin Smoot. When they arrive, the fort is sweltering, and Hannah determines that it is no place for her pregnant daughter to deliver her third child. She convinces Smoot, a martinet who’s aloof to his wife’s needs, to let Henrietta travel to the more comfortable Mobile area for the baby’s arrival. Weeks later, when Henrietta and her family near the plantation for a much anticipated reprieve from traveling, they discover that Maj. Daniel Beasley has set up the Mississippi militia on the Mims property. Beasley hopes to confront Creek Red Stick warriors, who have raided and burned farms and supposedly want to start a slave revolt. Samuel finds the idea preposterous, knowing after years of amicable relations with the Creek tribe that the greedy, land-grabbing United States government is responsible for any violence. Now the Mims family must suffer food shortages, spoiled water, and drunken military commanders who may or may not be able to protect them from a Creek assault. Parten, descended from Prudence, uses her family history to craft this tense saga and bring “a little humanity back to the legend” of the Fort Mims Massacre. Readers are correct to assume that a novel set on a plantation about vengeful Native Americans is going to prove a difficult emotional journey, especially for the teenage narrator. The first African-American readers meet is Jacob Miller, a ferry operator and freed man who is friends with Samuel. But the first use of the word “slave” is followed by the disquieting line “I always hoped that our way of life would last forever.” Thankfully, as Prudence’s interior life is explored—as a girl who is often an afterthought and nuisance to her brothers—her naïveté regarding the family’s financial situation melts away. She learns that “Papa made an effort to buy whole families who were born in this country.” Nevertheless, the notion of “good slaveholders” always “seemed like an oxymoron.” History buffs should love Parten’s transporting depiction of the era, which evokes the Mississippi Delta as a place populated by those who didn’t necessarily want to join the United States. Despite the narrative’s march toward brutality—which is only described in the Afterword—tenderness is the author’s tone of choice (“All the grace and beauty my mother imported to this place had vanished because of forces that were beyond anyone’s control”). And like any successful historical novel, the work will impart readers with a craving to learn more about the events.