Ovidiu Slavoiu is a keen SF story designer, inspired by the human behavior, the mysteries of existence, and the miracle of creation. In his writings, he blends scientific and metaphysical topics and symbols, by challenging traditional beliefs and by pursuing a “common root” philosophy. Beyond his passion for writing, Ovidiu builds Lego "wonders" with his daughter and plays drums. He also serves as marketing professional in a multinational company.

“A highly original debut novel about a scientist making a discovery that defies science.”
– Kirkus Reviews 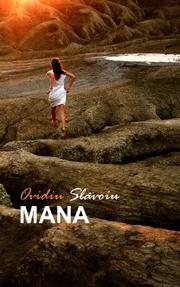 A highly original debut novel about a scientist making a discovery that defies science.

This complex novel tells of two different worlds: that of Yuzuki Tanaka, a brilliant and ambitious Japanese doctoral candidate, and that of the Core, a “subtle form of energy, difficult to detect with…conscious human senses.” On the surface, these worlds share nothing in common; Yuzuki is a woman who only believes in tangible things, but her new research will challenge her assumptions. She joins a team of outstanding scientists in Moscow in order to improve her own project, Salmon, a search engine designed to intuit whatever a person wants; however, she soon learns of another, far more ambitious endeavor. Yuri Kolotov, a Russian professor, is working on a system that can be used to read a person’s subconscious mind. Using this technology, he hopes to spread a new wave of self-control throughout humanity. But as Yuzuki and Yuri entangle themselves in their work, the question of who’s really in charge becomes more beguiling. Suddenly, Yuzuki is haunted by long, disturbing dreams and mental images, as if she’s receiving messages from somewhere else. Soon, the “angels,” as Yuri calls them, begin to communicate more clearly, and the scientists discover a strange force: an invisible energy that’s searching for a Carrier to transmit ideas and feelings to the collective human consciousness. The “angels” have chosen Yuzuki, but what will she choose to do in return? This spellbinding, challenging science-fiction work offers varied philosophical musings, intense discussions of medical ethics and other thought-provoking issues, and well-crafted, compelling characters. The unpredictable, imaginative plot draws from the author’s interest in the scientific world and the basics of human behavior. Slavoiu’s portrayal of Yuzuki’s precise mind and kind heart help carry the plot along, which offers readers a puzzle as intriguing as the human mind itself.

A fine sci-fi story about scientists attempting to discover the truth inside all of us.

The Universe does not look at itself in the mirror