Connect with Pasquale A. Neri

Author of new series Kingdom of Apathy’s prologue, The Trial of Time, seeks representation for the series proper. Volume I, A Mother’s Question, is complete and edited, with roughly 115,000 words.

ToT is meant to be read last. Though reading it first does not ruin the series proper, it certainly changes the dynamic of the next three books, at least a little. I could not have written AMQ had I not first written ToT. The prologue’s events are felt throughout the rest of the series—indeed, they are central to it—and writing it first has ensured cohesiveness. Further, though I have been writing my whole life, this is my debut novel. It was important to me that I had a book under my belt before I wrote the series proper.

Though I am truly proud of ToT and humbled by its review, AMQ is simply better in every way. It is shorter, the pace is faster, the storytelling is more compelling, and the writing is more eloquent. With respect to the last, the story’s foundation in ToT is so complex—to say nothing of nonlinear, unlike the rest—and little effort went into elegant prose; in the series proper, the story itself is less so, and a great deal of effort did. Further, Kingdom of Apathy has strong themes, and ToT has only scratched their surface. AMQ truly executes on this score. It will make the reader laugh, cry, and look inward. There is a raw human element that ToT does not come close to matching, right in the midst of the story’s fantastical universe. The magic in the series proper is more mysterious and intriguing as well, and AMQ goes beyond spell-casting, diving into an exploration of the magic in words, thoughts, and ideas—the magic within each and every one of us—showing the two forms in juxtaposition. As for genre, while the review describes ToT as a “mix of sci-fi and magic,” the series proper makes the leap into magical realism. ToT starts through the eyes of one of the series’ most powerful characters and rarely drifts from that group, and AMQ begins through the eyes of three siblings in their mid-teens who have not even discovered their magic yet.

If you are still reading and would like to go further, my recommendation is to first read the ToT review, then AMQ’s page-and-a-half summary, as well as its chapter index. The chapter titles really help gain a feel for the book. Thank you for reading.

Not ready for film this early in the series. Can definitely be adapted into video games.

“Neri painstakingly sets the stage for a conclusion that brings it all together . . . the payoff comes in a decidedly creative mix of sci-fi and magic.”
– Kirkus Reviews 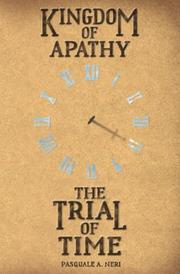 At the outset of this vast tale, an unnamed man finds himself in an odd land of “endless, flat, hard earth.” He is puzzled about his circumstances, though he possesses recollections of being a warrior, remembering “weapons and armor and battle.” It is only with the aid of a stranger that the man discovers he is actually Prince Anthony Duskborn of Nighthaven. Soon after, the reader learns that Nighthaven is under attack. Although the once-proud city has loyal defenders, they are no match for a horde of fiends led by a “being of immense power.” As the royal family is overrun, the narrative shifts to Vincent L’Artane, “lawyer for the Gracette Intergalactic Order.” After a subordinate of his wife, Antonella (who is also an attorney), brings to light information about the creation of a few planets with immense amounts of magic, the couple know an investigation is in order. Gracette is a republic encompassing thousands of intelligent species across the universe and the formation of planets is highly regulated. Why would some be created with a focus on magic, an altogether “rare and random phenomenon”? If this all sounds disparate and complex, that’s merely the beginning. From the Duskborn family lineage to magic licenses for “Eaglic citizens” to a dedicated, if lonely, soldier named Col. James Vanderford, simply understanding the myriad characters and the worlds they inhabit requires patience. There are, after all, many of them. While certain aspects of the tale, such as details of the home life of Vincent and Antonella (as when they decide to make pancakes with their daughter: “What kind of pancakes are we talking about? Bananas on top, or blueberries inside?”), add little to the story, most of the information coalesces in a slow, genre-blending buildup. Finding out how two lawyers and a vast collection of otherworldly creations will ultimately affect one another gives the reader the motivation to navigate more than 700 pages. Neri painstakingly sets the stage for a conclusion that brings it all together.

Though the scale of the book disorients the reader at times, the payoff comes in a decidedly creative mix of sci-fi and magic.