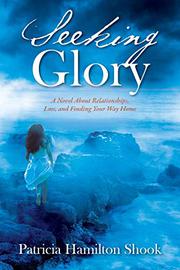 Kate LaRue’s peaceful, independent routine as a boutique owner in Cape Cod is shockingly interrupted when she receives a phone call about her daughter, Ally. It’s been 10 years since Ally turned 18 and ran away from home, cutting off all contact with both of her parents. Now she’s dying in a hospital bed of sepsis from a ruptured appendix. Kate races to San Francisco just in time to see her daughter before she passes away, and she learns that Ally had a daughter of her own. Four-year-old Glory is an unusually grave, almost nonverbal child, which her doctors say could indicate a disability or the effects of a traumatic experience. With little but a birth certificate and a few photos found in Ally’s apartment, Kate sets out to discover what happened to her daughter during the time she was missing—to find closure for herself and to discover any information that could help her grandchild. Shook captures the rhythms of life in Cape Cod with rigorous detail, from the tourism and traffic patterns to the beauty of the oceanfront and unpredictability of the elements. She takes time to appreciate the scenery: “The Nantucket Sound, sparkling blue and green in the sunlight, rolled in on soft waves that broke over wet sand turned brown from the lapping water, and then retreated just as quickly.” Kate’s methodical pursuit of answers is the greatest source of intrigue, building to a suspenseful, hair-raising conclusion. However, Shook also develops more commonplace but equally well-constructed subplots as Kate runs her business, navigates her relationships with family and friends, bonds with Glory, and comes to terms with her daughter’s death. Kate’s love for her home, her shop, and her newly found granddaughter make her an endearing character. Furthermore, the author’s professional background as a psychologist gives the work depth and credibility.

Thoughtful and introspective, with a pulse-quickening conclusion.