Patrick Matthews grew up in the countryside of north Delaware, surrounded by woods, corn fields, and acres of unexplored wilderness. When he wasn’t exploring, books and games filled his time. He and his friends read, wrote, and played voraciously, making up their own games and stories as often as not.

These passions carried through into his adult life. An award-winning game designer, he also wrote a lifestyle column for the Seminole Chronicle, edited and produced the Games for Educators newsletter and web site, worked as a contract reporter, wrote more game manuals and technical documentation than he'd care to admit, and founded and sold a software company. His first novel, Dragon Run, was published by Scholastic in 2013.

His second novel, The Boy With The Sword, was published by Second Story Up, in 2019.

Mr. Matthews believes that the core of writing, like game design, revolves around crafting an effective experience for the customer. He writes fast-paced fiction that takes readers on exciting adventures, but also gives them experiences and concepts that they can consider in real life.

A soccer coach, adventurer, and regular speaker in schools, Mr. Matthews is always looking for ways to present modern problems in fictional settings. As a writer, his goals are to both entertain readers and to give them a chance to think about the world around them, to consider hard questions before they need to be answered.

“Matthews takes his exciting sword-and-sorcery tale to some unexpected places here, with well-drawn vignettes of Dockside society and a compelling backstory.””
– Kirkus Reviews 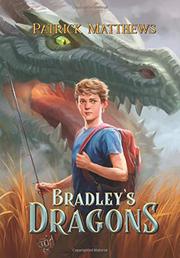 A boy must discover his unusual heritage to save himself and his family in this middle-grade novel.

When he was 9 years old, Bradley Nash was threatened by a strange man whom his father called a “hunter.” Bradley escaped, but now—three years later—he has no memory of these events. Nearly 12, he lives in a Florida trailer park with his family. It’s been a quiet life—until just before his birthday, when Bradley gets an unexpected present from his parents: a handwritten book titled Mastering the Gallu Draig. The illustrations depict dragons, and the text includes mysterious aphorisms like “The most important part of your journey is choosing your direction” and “What you need is always more powerful than what you want.” Meanwhile, the hunter is again targeting Bradley and others, this time with some dangerous allies. With the book comes an astonishing family secret that both explains why the hunter is after him and gives the boy a crucial task: Bradley must figure out who he truly is and what he cares about most. A dramatic showdown will test his ability to come of age. In Matthews’ third dragon-themed middle-grade adventure, this one in a real-world setting, he more than fulfills the promise of his earlier fantasy novels. His writing is uniformly excellent, whether untangling complex lore with smart exposition or presenting the inner world of a young hero whose vulnerabilities (such as a debilitating fear of strangers) and caring nature make him very appealing. Despite its magical elements, Bradley’s quest matches well with every adolescent’s need for self-understanding, coming to terms with their family, and finding a life path. His leap into maturity is especially well handled: The odyssey is both suspenseful and deeply moving. 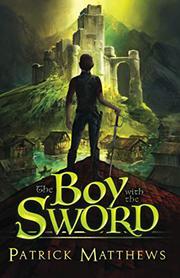 THE BOY WITH THE SWORD

In this middle-grade fantasy sequel, a boy who defeated dragons must confront a powerful magic wielder.

In Book 1 of this series, 12-year-old Alluencien “Al” Pilgrommor earned a zero rank on Testing Day, putting himself and his family in danger. He was sent away, but being zero also allowed Al to survive being bombarded with Potentia, “the source of all magic,” giving him special powers—some remaining untapped. In a great battle, Al poisoned and overthrew the dragons ruling his society, which freed the five races. Now, the grounds outside Castle Surflienne are littered with dragon corpses, and the imperious Magister Trejir arrives, appointing himself ruler. Feeling devastated by his father’s continued rejection and sensing danger from Trejir, Al goes to Dockside, where he learns two disturbing facts: the Feathers—a secret organization that helped Al kill the dragons—are being hunted, and Trejir has taken the boy’s mother hostage. Not only that, Trejir has gotten hold of a dragon egg and means to reestablish tyranny. As Al works to defeat Trejir, he gathers allies and becomes known as the boy with the sword, which is conspicuously a little too big for him. If Al can learn more about his abilities and how to use them in time, his coalition might have a chance. Matthews (Dragon Run, 2013) takes his exciting sword-and-sorcery tale to some unexpected places here, with well-drawn vignettes of Dockside society and a compelling backstory. For example, because the dragons rewrote history and claimed to have created humans, Al is a monster, not a hero, to many—including his own mother. Al’s enjoyably ragtag associates include the spirits of Castle Surflienne’s last human rulers, which inhabit the very stones. Al’s considerable powers are balanced by his feelings of rejection, and he grows through his experiences, learning to plan and think ahead. But diction is sometimes too modern; words like “mom,” “dad,” “guy,” “okay,” and the intensifier “super” take readers out of this medieval-ish world. 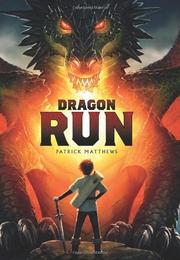 In a world ruled by dragons whose minions rank and brand people like cattle, one boy has the ability to change everything.

Al, Wisp and Trillia join the crowd of 12-year-olds waiting outside the castle on Testing Day. With relatively high-ranking parents—four—Al worries more about his friend, Wisp, whose parents sport the marks of rank two. Wisp, cavalier as always, gives Al a beaten-up hat to wear with an enigmatic message that it will give him the “luck of the Evans.” However, luck seems far from Al when a zero is carved on the back of his neck, indicating his worth and calling for not only his death, but the death of his whole family. Al’s only option is to run. He soon discovers that rank zeros are not worthless but dangerous, capable of overthrowing the dragons and freeing the five races from their slavery. Sword fights, a mysterious society and an impossible quest keep this inventive fantasy moving at a fast clip. Harry Potter fans hungry for a new hero will be drawn to Al, but stock characters and a predictable resolution combine to steal the magic.

A distinctive fantasy with obvious flaws, this still goes down pretty easy

Each Mathfinder book contains a different exciting mystery adventure, featuring you as the star. To move through the story, you solve illustrated Mathfinder puzzles. The puzzles are an entirely new kind of math puzzle, one that was designed by award-winning game designer Patrick Matthews specifically for these books. The stories are original stories written by Patrick Matthews. The Mathfinder books are published by MindWare. They are available for purchase individually, and as a set.