Patty Enrado was born in Los Angeles and raised in Terra Bella, California. She has a bachelor's degree in English from the University of California at Davis and a master's degree from Syracuse University's Creative Writing Program. She writes about healthcare information technology and lives in the San Francisco Bay Area with her husband and two children. 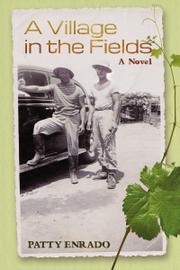 A Village in the Fields

In Enrado’s debut novel, a retired Filipino farmworker looks back on his long and costly struggle for civil rights.

As the story begins, Fausto Empleo is the last remaining Filipino elder in his retirement village for farmworkers. A visit from his estranged cousin prompts Fausto to review his life. Born in 1912, he came to the United States in 1929, following his older cousins, all bent on pursuing some version of the American dream. Ready for hard work, Fausto was unprepared for the racism he encountered: being called “brown monkey,” signs that read “Positively no Filipinos allowed,” etc. With his cousins, Fausto followed the harvest up and down California to cut, pick, and process crops. The labor was hard, wages low, conditions primitive. Eventually, the expatriates helped build a Filipino community in central California, starting families and buying property. In 1965, wanting a better life for his children to come, Fausto joined the Delano grape strike, but the strike’s hardships cost him his house, car, and, worst of all, his beloved and pregnant wife, Marina, who returned in disappointment to the Philippines, leaving Fausto feeling empty. At the end of his life, Fausto learns some answers to long-held questions and gains a measure of peace. Enrado’s characterization is beautifully observed; she conveys the tactile, sensory quality of farmwork, the way a much-used tool fits a man’s hand, and how dirt seeps in to every wrinkle of clothes and body. Fausto’s culture, friendships, and inner life see rich expression. For a novel dealing with social justice issues, it can be difficult to avoid the soapbox, but Enrado is nuanced. She notes, for example, that before the war, the land Fausto’s enterprising cousin Macario buys “belonged to a Japanese farmer, who’d been relocated to an internment camp”—proof that one minority’s opportunity can come at the expense of another. The novel’s tone of reconciliation is well-earned: as Fausto says, “nothing worth fighting for is easy.”

Multilayered, empathetic, and touching account of a workingman’s life.

Kafka on the Shore by Haruki Murakami

In my younger and more venerable years my father gave me some advice that I've been turning over in my mind ever since.

Empowerment through the written word.