Paul Cumbo is an English teacher at Canisius, a Jesuit prep school for boys in Buffalo, New York. He holds an M.Litt in Creative Writing from the University of St. Andrews in Scotland. Paul's independently published realistic fiction explores the complex landscape of human relationships, often focusing on the coming-of-age struggles of teenagers and young adults. He has been a rowing coach for the past sixteen years, and his athletes have gone on to national championships, elite colleges, and even the Olympic medal stand. Paul directs immersive service learning programs in the Dominican Republic and Nicaragua, teaching American students about global poverty while liaising with local agencies to build infrastructure projects such as bridges, roads, and aqueducts in rural areas. Paul lives near Buffalo, New York, with his wife and two children. He provides freelance editing and copywriting services for individual and corporate clients. 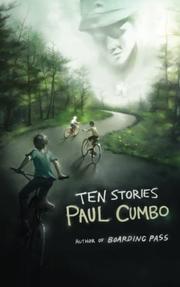 Novelist Cumbo (Boarding Pass, 2012) renders key moments of ordinary people’s lives in his debut collection of short stories.
Cumbo, a prep school teacher in Buffalo, New York, starts his collection with “The Bike.” Told from the perspective of a dying Vietnam War soldier, the story then shifts to young Stevie McHugh, living in fictional Lawson, New York, who meets the soldier’s grieving father after he and a pal spot a “bright red bike” on the man’s property. Stevie then experiences coming-of-age awareness about sex in “Thunderbird,” thanks to a visiting older cousin’s fling with a glamorous woman who later shows up at Stevie’s first day of high school. “Late Dinner” explores the changing perceptions of new parents when a friendly waitress offers to watch over their baby. In “Chalk,” that dusty writing tool elicits a retiring teacher’s reflections. “Valediction” finds superachiever Madeline sobbing over a college love affair, her first significant miscalculation; “Phoenix, Arizona,” traverses time and country to track a man’s journey to getting married; and “Half Past Twelve” recounts a Scottish college student’s brief encounters with an American girl. Other offerings include “Park Avenue,” about a Princeton grad learning what’s in store for his investing career, and “Silverback,” in which a girl eyes a zoo gorilla after shoplifting a candy bar. Cumbo certainly delivers on his vision of realistic fiction that “resonates precisely because it might as well have happened.” Cumbo’s tales feature a spectrum of sympathetic characters and plausible situations and ably deliver telling details (chalk, etc.) and expressive sentences: “It was all pennies,” muses the “Silverback” girl, connecting her guilt to the taste of copper. Some entries will naturally be more compelling than others, but overall, this author provides ruminative, true-to-life fiction.
Elegant writing that captures the minor revelations of everyday experiences. 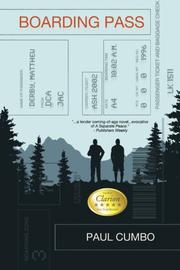 In this debut coming-of-age novel, a college senior gets on a plane to visit his best friend from boarding school, reminiscing along the way about their time as roommates.

Twenty-one-year-old history major Matt Derby, and firefighter Trey Daniels, 22, aren’t very compelling characters, but this novel, told in flashback, is mostly about their interesting teenage selves—specifically during their sophomore year at the not-quite-top-tier Ashford River School. Narrator Matt, a scholarship student, is a well-grounded if unsophisticated middle-class kid from Buffalo, N.Y. Trey is more knowing, attending his third prep school and hailing from a dysfunctional family with residences in Manhattan; Georgetown; Lake Placid, N.Y.; and the Bahamas. Unlike the other students, Trey doesn’t care about grades, making it to the Ivy League or even his image, which earns him Matt’s admiration. As the plot unfolds, the reader is treated to the usual endearing hijinks: the boys cheat on exams, sneak out to a “mixer” at a nearby girls’ school and carry on a steady trade in cigarettes and porn. It’s all pheromones, sweat and dirty T-shirts at Ashford, and readers may find it vaguely reminiscent of Dead Poets Society, minus the angst. There’s even a tough but kindly rowing coach; Matt and Trey are members of his crew training to compete in a regional race. First-time author Cumbo, a teacher and coach at a residential boys’ high school, knows this subject matter, and when he sticks to it, the dialogue is authentic, the pace fairly brisk and the characters sufficiently developed. When the book strays from school grounds, however, it sometimes loses its footing; the denouement, such as it is, feels pat, and the descriptions can become mired in minutiae, such as a 17-title list of the magazines on sale at an airport stand. However, most of the action recreates the intricate, intense boyhood bonds that will likely engage readers.

An enjoyable read for fans of prep-school drama.

Seventeen-year-old Mike Whittaker has a hard time handling his father’s death from a heart attack nearly four years ago, but losing his 9-year-old brother, Andy, in an avoidable, accidental drowning completely unhinges him. Both he and his mother turn to alcohol and marijuana to cope, and Mike’s desperate sadness, and his fury at those responsible for Andy’s death, lead him to commit a crime, which leads to his arrest. His case comes to the attention of two former police officers who run a rehabilitation therapy program in an isolated part of Montana. There, Mike meets other troubled youth and slowly begins to face the hurt, helplessness, and anger roiling inside him. Everyone at the center seems to be making progress, but then unexpected tragedy strikes, forcing the troubled teens to make life-or-death decisions. Cumbo’s account of Mike’s difficult life, and the lives of the other young men in the rehab program, create a sense of sadness that threatens to overwhelm the story. However, the boys go on to show agency and impressive ability, which makes for a more appealing tale with a faster pace. The therapy scenes effectively deepen the characterizations, and readers will feel how living in the stark wilderness setting, beautifully detailed by the author, might help the young men begin to heal and move forward. The mystery and thriller elements reveal themselves quietly, but then quickly take over the narrative, and the final 100 pages of the novel will have readers on the edges of their seats. The satisfying and complex conclusion adds further emotional depth without lapsing into bathos.

"So we beat on, boats against the current, borne back ceaselessly into the past." - F. Scott Fitzgerald, The Great Gatsby

Knowledge and experience with gravity-driven aqueduct construction in developing countries.

Being a husband, dad, and teacher.