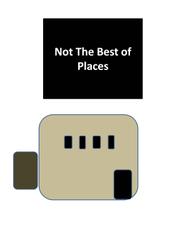 NOT THE BEST OF PLACES

BY Peter Jay Quesenberry • POSTED ON

Doctors at a state medical center resort to nefarious means to get rid of uncooperative fellow physicians in Quesenberry’s debut medical thriller.

Hematologist/oncologist Dr. Joe Parker, head of the Cancer Center, has evidently made a few enemies. Much of the animosity originates from Dr. Mike Frye, who undermines Joe by spreading rumors around the hospital. Now Joe’s boss sees Joe as a rival, and doctors don’t believe he is a team player. Dumping him, however, isn’t going to be easy since he excels at research and acquiring grants. Frye and his cronies try to sabotage a potential grant to undermine the oncologist. Meanwhile, Dr. Sal Amasi may have something incriminating on scientist Dr. Phillip Groth: a logbook with startling information. Groth sics a hired killer on Sal, but Joe and Sal may have a savior—another hit man, Tony Arms, who’s one of Joe’s cancer patients. The novel gives the medical-thriller genre a nice twist, putting doctors in more peril than their patients. However, the writing, while smart, occasionally sounds overly academic. Joe’s rounds, for instance, abound in unexplained medical jargon (“It involves low dose whole body irradiation, but at doses so low that you have little side effects. We then give you an IV injection of peripheral blood cells….It’s called a haplo-identical transplant”). The best plotlines are gruesome and/or tense: the various plots against Joe; a caretaker who fears for his life; and a couple of surprising deaths. And the revelation of the mysterious logbook’s contents may shock more than a few readers. Joe isn’t the most emotionally viable protagonist. There’s little indication of any feelings he has toward his patients, and his home life is virtually nonexistent (his wife, June, barely registers). Regardless, Joe and Sal garner sympathy since the doctors working against them are unmitigated villains with no clear reason for their hostility.

A remarkable thriller when not tripping over medicalese. 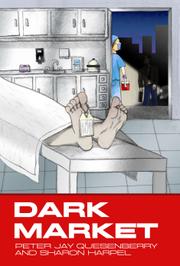 BY Peter Jay Quesenberry • POSTED ON

A doctor investigates a ring of organ thieves in this sequel.

Hematologist and stem cell researcher Dr. Joe Parker has survived devious colleagues and mobsters at the Mountville Medical Center in Massachusetts. Now he and his staff are ready to make a fresh start at the James Pemberton Hospital in Providence, Rhode Island. He learns from Laura Feinstein, head of Research Administration, that his work is eligible for a grant from the Center of Biomedical Excellence. The workplace stability Parker seeks proves elusive when he begins dealing with the slovenly, unprofessional head of pathology, Fred Burto. While vacationing, Burto nearly torpedoes the hospital’s grant application by completing his portion at the last moment. Other quixotic members of the Pemberton staff include chief of medicine “Dandy Doc” Barry Heller and surgeon Harry Rossi. Harry has gambling debts that land him at the mercy of a gangster named Marcus Geith, who demands that an important patient not leave Pemberton alive. Foul, illegal machinations proceed, but Parker doesn’t grow suspicious until a healthy, longtime patient suddenly dies of cardiac arrest. This leads the researcher on a trail to discover why so many deaths strike Pemberton. In his follow-up novel, Quesenberry (Not the Best of Places, 2014)—along with debut author Harpel—continues with a blend of medicine, intrigue, and grisly revenge. Audiences will likely be horrified to learn that a black market kidney “could fetch over $60,000” and that a well-organized ring of corrupt doctors might manipulate cases so that “different patient deaths were associated with the same cancer pathologic slides,” making organ theft easier. The tone of the prose walks the line between clichéd and campy in lines like “Fred giggled thinking that these juicy kidneys may not be his lunch, but they were definitely his meal ticket.” Elsewhere, character development—including Barry’s penchant for young boys—is presented in blocks that tell, rather than engagingly show, readers how to react. By the end, the villains face carnal brutality that wouldn’t be out of place in a midnight movie.

A medical thriller that rushes when it could more effectively creep.