I'm a debut novelist. I will leave it to you to decide if I have any writing talent. I can say that I have extensively researched 1933-4 Los Angeles/Hollywood/Malibu and find this a fascinating period in American History. I write from the first person point of view because of the immediacy of the effect and because I have studied and enjoyed playwriting (UCLA extension, Gotham Writer's Workshops) and take pleasure in creating realistic dialogue. My eight short stories and novellas have been re imagined as two novels, MOON OVER MALIBU and CLOVER FIELD, which are sequenced temporally and geographically.

I have a background in" detective work," as I'm an Internist/Physician.

I have travelled the California landscape for over fifty years. I love California's rich history.

“The collection’s Malibu setting is far brighter than the usual seedy portrayal of the greater Los Angeles area, and the same could be said about Kelly’s overall take on the genre.”
– Kirkus Reviews 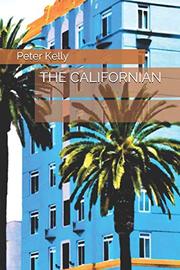 Kelly’s (The Black Jade, 2018, etc.) Santa Monica–based gumshoe, Frank Murphy, is back to investigate the death of a high-end hotel chef.

On the morning of July 2, 1933, the lifeless body of Lucien Dubois is found in his seventh-floor room in the hotel where he works—The Californian in Santa Monica, which is frequented by Hollywood glitterati and tourists drawn to the beach and the hotel’s popular speak-easy. It’s the big July Fourth weekend, and also the hotel’s one-year anniversary. Owner Mark Prism hopes to keep a lid on the bad news. Based on the recommendation of Los Angeles police Detective Jack Stark, he hires Murphy to investigate the cause of the chef’s death. It doesn’t take long for the 30-year-old PI to determine that Dubois has been poisoned. Together with his new partner and main squeeze, Monica Stone, Murphy sets out to solve the murder. Dubois was known as a playboy, so was his killer a spurned lover? An angry husband? Or perhaps his death was related to his gambling debts from frequent trips to a casino barge, the SS Crown, docked offshore; the Crown is also the liquor supplier for the Californian’s Anchor Bar speak-easy. Dubois was likely responsible for purchasing beverages for the club, which suggests a possible mob connection to his demise. Murphy works his sources, while Stone goes undercover as a dance hostess in the club and on the Crown. Overall, Kelly’s historical mystery is more intriguing for its portrayal of 1930s LA than for its noir-thriller elements. A couple of good action episodes pick up the pace, though, as when Stone is kidnapped and Murphy comes to her rescue. Sporadic flashbacks add details about secondary characters and keep readers a half step ahead of Murphy and Stone. Generally, though, the tension is rather mild, and the conclusion is disappointing. The author employs a dash of era-appropriate detective jargon (women are usually called “doll,” “honey,” or “kid”), but he also gets tangled in some strange linguistic slip-ups; the term “water closet,” for instance, is badly mangled as “toilet closet water compartment.”

A sometimes-enjoyable read for mystery fans, but its ending fizzles. 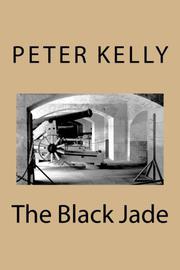 Kelly’s (Clover Field, 2015, etc.) mystery offers an homage to classic crime novels of the 1930s and ’40s with this tribute to the work of Raymond Chandler, Dashiell Hammett, and other crime novelists.

In 1934 San Francisco (with all of its requisite fog), Riley Sullivan is a 27-year-old private investigator who seems a bit soft-boiled, at least for now. He drinks, smokes, and womanizes, drives a beat-up Pontiac, and lives on a houseboat on the Bay. A lawyer for the San Francisco Port Authority hires him to look into the heist of a delivery intended for Madame Dalyu Wu, the owner of a local gallery that deals in imported Chinese art: A shipment of statues from Shanghai was stolen at the port of entry. Riley, who’s barely scraping by, is happy to get the job, but right from the get-go, people involved in the case start dying—and eventually he uncovers a drug-smuggling ring. This is an adventure that has plenty of close shaves and gunplay, but the most entertaining elements of the novel are its colorful characters. For example, Riley’s main squeeze is Amy Morgan (a Miss California runner-up) who keeps him on “probation,” as she’s suspicious about his other possible dalliances. He also works with Bureau of Narcotics special agent Gina Gallo, who’s a deadly shot, as well as old flame Mellificent McNally, an ace reporter for the San Francisco Examiner. All the women are unsurprisingly described as gorgeous, but in a nice nod to the putative morality of classic crime fiction, there are no sex scenes here. Indeed, Kelly seems to be having a lot of fun with his homage, although readers may differ on whether some of his sendups are too over the top. It should be noted, though, that the text has its share of distracting mistakes, such as “pant’s pocket” and “ ‘Sit down, Sullivan,’ he smiled at me mendaciously”; at one point, Riley even calls McNally by the wrong name.

A fun, short read, despite some questionable errors. 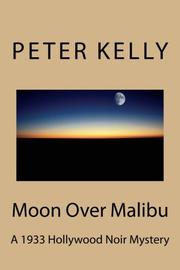 Set in Southern California in the early 1930s during the final throes of Prohibition, this take on the noir genre is heavily indebted to the classic works of Dashiell Hammett and Raymond Chandler. Like Chandler’s Phillip Marlowe, Kelly’s protagonist, Frank Murphy, is a tough private detective operating out of a dingy office. The collection starts in typical genre fashion with the arrival of a beautiful client—in this case, an actress named Laura Snow—who sets off a chain of events leading Murphy and his sidekick/love interest, Monica, into a series of mysteries, chases, and shootouts. The title story has Murphy follow Snow’s husband into a web of mobsters and murder when the husband’s connection to a liquor-smuggling syndicate turns deadly. “The Case of The Carousel Killer” finds the detective in search of Snow after an apparent stalker kidnaps her. “Prescription for Murder” revolves around the death of a Hollywood doctor, for which Murphy suspects the doc’s shady business partner. The final mystery involves another missing actor and a case of blackmail. The collection’s Malibu setting is far brighter than the usual seedy portrayal of the greater Los Angeles area, and the same could be said about Kelly’s overall take on the genre. Murphy has some of the wit and moral character that’s expected of noir heroes, and these short, punchy tales don’t linger long enough to become boring. However, their brevity makes them feel insubstantial, as they’re unable to build suspense over their short durations. That said, the author is careful to steer clear of some of the genre’s clichés, particularly regarding femmes fatales; Monica’s inclusion as an active agent in the action, for example, is a welcome update.

A light and breezy take on the noir genre.

Private investigator Frank Murphy's beat is Hollywood and Malibu. 1933 is a hot time for a P.I. with police corruption, rum running, off shore gambling ships, embezzlement, kidnapping and homicide, mixed in with Malibu Beach and , of course, babes. If you like your plots with a noir touch this book was created for you.
Published: Oct. 15, 2015
ISBN: 9781516905812