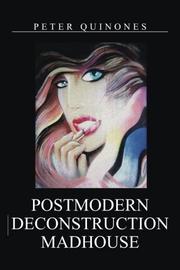 Quinones’ (Starters, 2013, etc.) collection of short stories and essays features intellectual characters examining themselves and one another as well as film and literature analyses from the author himself.

There’s a stream-of-consciousness style blanketing this book, best exemplified in the first part of the two-part title story, listing 98 examples of what Quinones calls “the one sentence short story.” They’re seemingly random assertions or snippets, mostly humorous, such as, “We spend one seventh of our lives on Tuesdays.” But a similar style appears in the fiction, as well. In “The Fizz Notorio,” for example, Eve Patricia plays her lover’s answering-machine recording, which features pieces of innocuous phone conversations. Similarly, Rolando Carspidrain in “Rumor People” overhears nearby diners at a restaurant talking about their parents’ impending ends. But while the plots are minimal, the characters are profound. Eve, for one, debates her choice to be with a man twice her age, while in “Burn Series,” shiftless Kim Demando may have a more fascinating life than her more responsible sister Dixie. Notwithstanding, the most laudable tale is perhaps the most conventional: “The Exousia,” a quirky murder mystery told almost entirely through eyewitness accounts. Quinones provides neither the dead man’s name nor details of his death, and that’s the point: what readers learn about the victim becomes his legacy, regardless of whether any of it’s true. An essay on Macbeth (“Notes on MACBETH Posthumously Left Behind by an Undistinguished Scholar”) is a little uneven, beginning as an assessment of the original play before turning into a look at several cinematic interpretations, all with equal merit. The collection ends, rather appropriately, with the metafictional second part of the title story: film enthusiast Peter pines after Myla, who apparently has no interest in him. This narrative is offset by largely superfluous notes from the author citing references or inspirations, which comprise more than half the story. Occasional tangents, such as film or book reviews, don’t seem to have been adequately researched; for example, what Quinones refers to as the “J-horror [Japanese horror] film Shutter” is actually an American remake of a Thai movie.

The author’s defiance of traditional storytelling is admirable and innovative even when it falters.