Peter Riley. An Anglo American born in the UK 1941. Educated in the UK followed by recruitment to work in New York - Not part of the 'Brain Drain' in my case. Wrote articles for various aviation magazines and twice for 'Punch' in it's better years.
After a long career as a business jet pilot in various countries, since 1998 worked as Instructor Pilot in the simulators of Dassault's Falcon jets in Paris.
Now living in Paris and Montpellier. Currently working on two new novels. 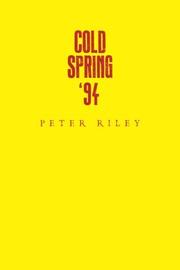 Detectives from Scotland Yard and the U.S. collaborate to track down a couple of men in America with possible ties to terrorist bombings in this debut thriller.

Freshly promoted to detective sergeant, Scotland Yard’s James Black is trying to identify a dead bomber who blew himself up in an attack against the Irish Parliament building. He has a partially burned airline ticket, destination Dublin, as a starting point. This leads Black to a travel agency and something possibly dubious: someone sold the bomber a ticket, jotting down an address that doesn’t exist. A closer look at the agency reveals two pricey and rather suspicious tickets to New York. The two male travelers, Daffyd Evans and Andrew Failsworth, are both apparently missing, with Black linking the former, a Frenchman (most likely), to a series of killings in Northern France the detective had investigated earlier. Black gets U.S. cops’ attention by faxing the men’s photos and claiming they’re terrorists. One of them may have murdered a New York priest, getting himself killed during a struggle. Working that case are Lt. Eddie Wilson and Sgt. Herbert Connors, who team up with Black, now with a probationary rank of detective inspector. A Serbian assassin, meanwhile, buys guns in New York—until he’s spotted by Eddie, who sees a resemblance to a terrorist suspect. This sparks a manhunt, with the cops soon learning of another potential bombing. Riley certainly racks up the suspense, opening the story in March 1994 with an explosion. The tale then flashes back a couple of months and slowly returns to the beginning. Black’s piecing together the conspiracy makes for the novel’s sturdiest parts; he’s likewise an underdog worth rooting for, the Yard’s “junior detective” and not quite an official DI by the time he’s in the States. Once Eddie spies his Serbian suspect in New York, the story largely consists of the ensuing pursuit. That operation is decidedly less engaging, though the assassin is intense—trigger-happy and quick to violence. Phonetic dialogue can be jarring, most notably Eddie’s oft-uttered “Geezer chrise!” But later chapters offer a few shocks before it’s all over, with not everyone making it to the end.

A rousing, globe-trekking conspiracy tale, with the budding detective inspector the main attraction.