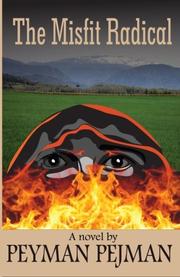 A 20-something Afghani CIA translator is caught in a dilemma when he’s groomed for radicalization in Pejman’s (Age of Intolerance, 2011) novel.

When he’s a boy in the late 1980s, Hassan’s family relocates from Kabul, Afghanistan, to Peshawar, Pakistan, along with other Afghani refugees fleeing violence. His family is well-off, educated, and liberal, and when he becomes interested in Islamic fundamentalism, his parents decide to send him to an uncle in Washington, D.C. Hassan, now in his early 20s, soon faces several difficulties: his uncle cuts him loose to make it on his own, and although Hassan speaks good English, he scrambles at first, working two jobs just to make ends meet. His circumstances improve when he gets a job as translator for a government contractor. Still, he feels like a man without a country. His employer asks him to return to Kabul—ostensibly to translate but really to gather information from his radical friends. But Hassan becomes convinced by his friends’ arguments and agrees to become a double agent. His perspective is challenged again, though, after he’s arrested by the CIA: “You can be disappointed in America all you want, but let’s be honest,” says his interrogator. “These people aren’t the solution either.” In the end, Hassan must come to terms with being a pawn. Pejman, a longtime journalist who’s covered the Middle East for several news organizations, including the Washington Post and the Associated Press, gives his novel a solid grounding in history, politics, and culture. Hassan’s point of view is given thorough consideration, showing readers just how radicalization works for some people—not as a fiery epiphany but as something that proceeds by fits and starts, with hesitations and second thoughts. Although the novel does note some faults of the West, Pejman eases back on censure; for example, the narration asserts that soldiers at Bagram Airfield were criticized for abusing prisoners, he writes, “Fairly or not,” although in fact, the use of torture at that site isn’t in doubt. Despite its strengths, the novel feels somewhat slanted as a result.

A thoughtful novel about a man in an impossible position.

The Age of Intolerance

Age of Intolerance is an espionage thriller set in 2025 that shows how the complicated and thorny politics of the Middle East can threaten the safety and security of the United States and its strongest ally in the Middle East -Israel. Sitting on top of snow-capped mountains of the independent Republic of Kurdistan, once part of Iraq, Charles Shahin wonders how much the Middle East has changed, and how much worse things could have been. Shahin, an American journalist of Iranian descent, agrees to become an undercover agent for the Central Intelligence Agency after the government saves him from a kidnapping attempt in Lebanon. "I want you to know who was messing with your life, and why!" his recruiter had said. Based in Cyprus and zigzagging cities like Cairo, Dubai, and Baghdad, Shahin learns that the region's Shiite powerhouse -Iran - is trying to make good on its promise to destroy its paramount enemies. Running from city to city, he pieces together the shocking magnitude of the plot, often employing his old skills as a journalist. His wife, daughter of a ranking member of the Saudi royal family, becomes a co-conspirator in the effort to neutralize the plan but they both pay the ultimate price for loyalty to the place they called "home."
Published: Feb. 7, 2011