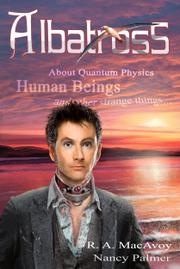 MacAvoy (Tea with the Black Dragon, 2014, etc.) and debut author Palmer offer a novel about a fugitive physicist and a renegade investigator who helps him.

As the story opens, Dr. Rob MacAulay is about to begin a job as a gardener at the Royal Dornoch Links golf course in Scotland. What is a man with doctorates in mathematics and quantum field physics doing in such a position? It turns out that he’s wanted by the “National Crime Agency: Anti-Terrorism Division,” but he’s an unlikely fugitive. The novel doesn’t present the circumstances of his alleged crime outright, but readers will guess from his gentle demeanor that he could hardly be guilty. Meanwhile, an American, Thomas Heddiman, provides special investigative assistance to the police in Edinburgh. He’s estranged from his famous, wealthy family, and although his last name causes his co-workers to whisper, his great work speaks for itself: he’s “broken three wide-spread financial hackings and one cyber bank job,” and is, without a doubt, an investigational and technological wizard. After a stranger tries to shoot him, though, he wonders why someone wants him dead. And after a bombing in London’s Piccadilly Circus, not even a man as shrewd as Thomas can say what the future holds. The authors then lead readers on a journey that becomes bizarre, to say the least. As Rob’s and Thomas’ paths cross, their destinies inevitably linked, the narrative shifts from being an ordinary man-on-the-run escapade to one that’s fantastical, spooky, and ultimately romantic. However, the story is slowed at first by a plethora of overexplanation; for example, does the reader really need to know the subtleties of Rob’s work at Royal Dornoch? Still, those who sympathize with the birdlike Rob will likely find themselves committed to seeing where his twisty adventure takes him. Even readers as intelligent as the story’s leads may not be prepared for its conclusion.

An unusual, if initially slow-going, story that offers a pairing that’s as creative as it is unexpected. 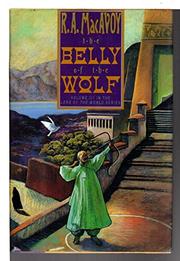 THE BELLY OF THE WOLF

The multi-talented lensmaker Nazhuret, now living in exile in Canton with his daughter Nahvah, learns that his old friend King Rudof of Velonya is dead—perhaps murdered. As civil war breaks out in Velonya, and nearby Rezhmia threatens to invade Velonya to protect its own interests, Nazhuret and Nahvah journey home, encountering along the way the artist-assassin Count Dinaos, a trio of wolves, and various ghosts; Nahvah becomes attached to Timet, a mountain herder who uses Nazhuret's meditation techniques (per the title) to perform astonishing psychic feats. Intending to kill Benar, the new king, Nazhuret instead becomes convinced of Benar's innocence, and urges him to seek reconciliation with the rebels, led by Jeram the demagogue (whose justification is Nazhuret's own letters and journals) and the fierce old general, Mackim. Quiet, unpretentious, vivid, understated, succinct: an object lesson for other, more verbose fantasists in how to produce more from less, and how to write an appealing and gratifying trilogy by offering a self-contained story each time out.

KING OF THE DEAD

The understated and unusual fantasy series begun in Lens of the World (1990) continues to delight in this second volume. The young student Nazhuret, who learned at the end of the first book that he was heir to a duchy, finds himself beset by assassins who want to prevent him from claiming his birthright (in which he has no real interest). But before he and his lover Arlin can discover who is behind the attempts on their lives, they are commissioned by King Rudof of Velonya to travel as his unofficial ambassadors into the Rezhmian Empire. Tensions have been rising between Rezhmia and Velonya, and Rudof hopes that Nazhuret and Arlin can succeed diplomatically where others have failed. Their journey takes them to the plains of the wild Nailish nomads, where they meet a wizard, weather earthquakes, and narrowly avoid being shanghaied into the Rezhmian army. At last, reaching Rezhmia, they fall in with a visionary eunuch slave and race against time to avert the coming war. MacAvoy's series has some of the flavor and subtlety of Gene Wolfe's modern classic The Book of the New Sun, but her own unique elements—a fascination with shifting genders and the mysteries of death—make this series distinctive in the often monochromatic fantasy field. Unlike many other series fantasies, each volume of MacAvoy's tells a self-contained story as well as advancing the larger saga, so readers will not feel cheated waiting for the next volume. The ``Lens of the World'' series promises to become a landmark of the decade, and no reader of modern fantasy should miss it.

Belly of the Wolf

Young artist from Newfoundland find himself transported into medieval Ireland

Young witch, with friendly archangel and talking dog, set out to save their 14th century city

Further adventures of Damiano, Raphael, and Gaspare,, singing and making magic during the time of the Black Plague

Ewen Young, an artist, and his twin sister, fight evil with the assistance of a Native American veterinarian. Set in Cascade Mountains of Washington State.

King of the Dead

Further adventures of Nazhurett and his lady, Arlin

Lens of the World

Young Nazhurett, born of two warring societies, finds a strange mentor to teach him science and philosophy. His life becomes an endless quest for meaning.

Archangel Raphael, having become too involved with humans, finds himself becoming one.

Tea With the Black Dragon

Musician meets mysterious man who might (or might not be) a 4,000 year old Chinese dragon. Together they embark on a quest to save her daughter.

Irishman in 1880s finds he has given protection to a friendly, not-too-clever, puca who is looking to court a lady.

sequel to Tea With the Black Dragon