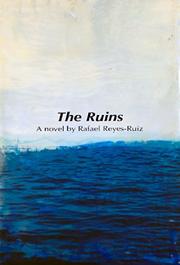 A professor of Japanese history searches for a long-lost lover while studying the Portuguese diaspora throughout Asia.

Reyes-Ruiz (La Forma de las Cosas, 2016, etc.) crams a wide range of topics into a novel that follows Tomás Rodrigues, a professor at a Roman Catholic university in Tokyo, as he untangles three plotlines: the sudden reappearance of a girlfriend from his youth, a mysterious old text about the adventures of a 16th-century Portuguese man, and anxieties about his academic career. The enigmatic former lover, Monica Klaseen, is the most intriguing of the three threads, and Rodrigues’ search for her becomes the engine that drives the tale forward. After seeing a woman who looks like Klaseen in the airport, the professor faints and forgets the encounter, but is suddenly haunted by strange dreams and recollections of a woman he hasn’t thought about for more than 20 years. When he returns to Japan for the start of the new school year, he is unable to forget Klaseen, even though he has to navigate departmental politics, a new research project, and his relationship with his ex-wife. That’s a lot of content for a relatively slim 175 pages, but there are essentially two major themes. The first focuses on the difficulty of finding a sense of home in an international world. Rodrigues is a Portuguese-Colombian with Australian citizenship teaching in Japan, battling the stigma against foreigners while investigating the origins of that bias through research. The second delves into the inconsistency of memory and history; Rodrigues constantly struggles to separate truth and falsehood as he parses the imperial past and his own experiences. In addressing this latter point, the novel occasionally trips over itself. Rodrigues’ bout of short-term amnesia at the book’s outset is a curious episode that ultimately feels unnecessary. Stylistically, Reyes-Ruiz’s subject matter and prose evoke a number of comparisons: Haruki Murakami’s ambiguous atmosphere, the virile professor narratives of Philip Roth, and the post-colonial preoccupations of Amitav Ghosh. Fans of any of these authors should find something to like here, but the book may prove especially appealing to anyone looking to learn about an underappreciated dimension of the colonial experience, the Portuguese exploration of Asia.