Randy Thornhorn is the teller of many tender and eerie tales, including this one. Most of Mr. Thornhorn's stories occur in a displaced world, a fable-infested Southern region some would surely deem unsafe. He visits often, sometimes stays the night. Other nights he might be found on a wooded hilltop somewhere east of Montgomery in the land of Alabama. He seldom sees angels fly his skies. But magpies are another story.

"Thornhorn, where the hell have you been?" ~ William Peter Blatty (author of The Exorcist)

“A thriller that’s as Georgian as peach pie, with a darkness that creeps like kudzu.”
– Kirkus Reviews 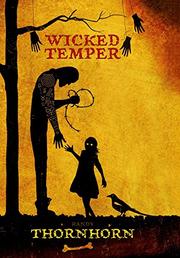 Two runaway teenagers go on a crime spree and get lost in a backwoods region of the southern Appalachian Mountains in Thornhorn’s (I Be the Christis, the Kid Beheaded, 2014, etc.) novel.

Thirteen-year-old Tizzy Polk’s father is a tyrannical preacher who’s repeatedly warned her about boys like Matthew “Rebel Yell” Birdnell. The son of a pig farmer, Birdnell sees no future for himself in the mountains and wants out of Cayuga Ridge in the worst way—and when he steals his father’s ’49 Studebaker pickup, Tizzy, searching for some kind of freedom, joins him with a little persuasion. With a stolen gun, the two runaways commit a series of crimes, culminating in a murder, and attempt to evade the law by driving up some backwoods roads that lead to Riddle Top, a “great black crag with bristle hairs” that “gave up sunlight like a jagged miser then quickly stole it back.” When they meet its creepy inhabitants, they quickly realize that the scary stories about the dark mountain are true. A blend of Southern gothic and hillbilly noir, this story is utterly readable, in large part because of Thornhorn’s masterful use of dialect, rich description, and immersive use of atmospherics. The power of this story undeniably comes from the author’s darkly lyrical voice, and his sinister reimagining of Appalachia virtually comes alive on the page: “One tiny shack gave way to the next, each shack with its small barren field, desolate dead cornrows littered by blackbirds and autumn leaf.” Even minor plot inconsistencies and a relatively weak ending can’t detract from the overall power of this story. Like the lovechild of William Faulkner and H.P. Lovecraft, Thornhorn, with his unique narrative style and twisted insight into Southern life, makes this novel unforgettable.

An unnerving literary experience, like finding a fiddleback spider on one’s shoe or a copperhead snake coiled and ready to strike under one’s bed. 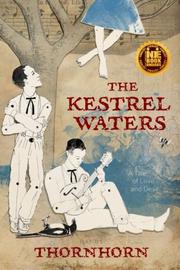 A supernatural Southern novel that drawls through a story of bluegrass mythology and race relations.

Thornhorn’s (The Kudzu Man, 2013, etc.) dialect-heavy novel follows the Brothers Brass, psalm singers turned bluegrass pickers, from their youth through their demon-haunted coming-of-age. Their mother, Georgiana, against the wishes of their father, Malakoff, sends them to Shelfy Oak Bible College, where Kestrel is saved from drowning by Bettilia Whissler. From their first meeting, Bettilia hides behind a veil of mystery, specifically concealing the circumstances of a family member’s death. When Kestrel injures himself falling from a tree, Bettilia comes back with him to Angelsprey, the Brass family homestead. It’s here that the first hints of the supernatural enter the narrative: Bettilia reveals that she killed her father, but then intimates that he continues to look for her, despite the railway spike she dropped on his head. That’s why, after she performs at the fair with the Brothers Brass, she decides to lay low. She senses evil afoot, and Malakoff seems to reckon it too. It isn’t until Kestrel and Bettilia’s wedding day that the true danger appears—a devil in hobnailed boots that will change Kestrel’s and Bettilia’s life forever. The novel burns slow, and throughout its first half, conflict appears mainly in the form of family struggles, or from dark figures lurking at the periphery. Despite the Brothers’ fairly liberal stance on race relations for Southerners in the early 1960s, the novel does tread a controversial path: Many of its black characters have an exotic, otherworldly presence, and only these characters (and white Bettilia) seem to have access to the supernatural realm. The author undoubtedly means to do justice to local mythologies and to the attitudes of the segregated South; perhaps this is echoed in the Brothers’ own “slang-powered rebellion, an openly sly subversion of their mother’s polite society.” Throughout, Thornhorn’s mellifluous, lyrical sentences will keep the reader occupied: “At the end of that long and meandering mud rut was an ungated gap in a kudzu-choked fence, and beyond that was an open field where sunlight was very unkind to the house that lay there sinking into the ground.”

A thriller that’s as Georgian as peach pie, with a darkness that creeps like kudzu.

"If you got the devil to pay, he'll want extra red-eye on his biscuit. He always do." ~ Daddy Brass (The Kestrel Waters)