Renardo Newton is a devout follower of Jesus Christ and a true worshipper of the divine doctrine that he taught; and that is, "every word that comes from the mouth of God." He has had a long and ragged Christian journey, that is scarred with many trials and tribulations. All of which serves as apart of his testimony. He was born in the Island of Andros, (The Bahamas) in 1978. He comes from very humble beginnings, having attended the Mastic Point Primary all age school. He graduated from the North Andros High School with top honors in various subjects, including Religious Studies. He joined the workforce shortly after departing school, and is currently employed as a Customs Officer at The Bahamas Customs department for the past twenty years. Like Zacchaeus (the tax collector), he has a generous heart for anyone in need.

Renardo Newton has had many personal encounters with God. As a firm believer of the Judeo-Christian faith all of his life, was not always faithful; hence, the many tribulations that arose in his life. God has predestined a work for him that he, like Jonah was very insistent on traveling the opposite path. The storms had arisen in his life as the enemy came at him like a flood. And like Jonah, he has had a "whale experience" that has reinvigorated and reignited his faith in the divine purpose for his life. Apart of his "whale experience" is the root cause of him writing this book. It was through the discovery of who God really is, and the urgency of his life's purpose in the divine order and will of God.

He has heard the voice of God, during his "whale experience" more clearly than any other time in his life. In fact, it was God who has instructed him to write this book and has given him the ideas and the themes. He is proud of this great work, but recognizes that he is not in any way, deserving of credit as he is only a steward. All the credit, glory, honor, and praise belong to God alone.

“Newton's view that obedience, sanctity, and harmony give the Holy Spirit a better outlet to work through the lives of believers.”
– Kirkus Reviews 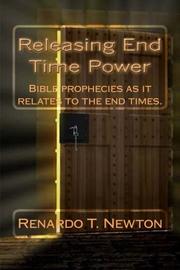 A debut book about claiming the power of Pentecost for the church of today.

Newton challenges fellow Christians to use the power of the Holy Spirit, gifted to the church at Pentecost, in order to prepare for “spiritual battle”; at the same time, he warns the church against errors of complacency and worldliness. The author begins by explaining the background leading up to the story of Pentecost—the descent of the Holy Spirit upon the Apostles, as found in the book of Acts. He also discusses the immediate ramifications of the Pentecost experience: an empowerment of the apostolic church to go forth and begin a widespread conversion effort. Newton then asserts that there are three principles of Pentecost: obedience, sanctification, and becoming of one accord. He notes that all three must be “working simultaneously together, to achieve the Pentecostal effect.” He elaborates by saying that “The general idea of Pentecost is to summon the presence and power of God.” The author speaks from the vantage point of a Pentecostalist tradition (specifically, the Assemblies of God), but many other Christians may find the concept of summoning God’s power to be difficult to accept. They may find it easier, however, to accept Newton’s view that obedience, sanctity, and harmony give the Holy Spirit a better outlet to work through the lives of believers. The author rightly notes that, in too many cases, these principles aren’t found in modern churches. “The church is supposed to be a watering hole for the saints,” he says, “but instead it is a breeding ground for devils and demons.” However, the author also asserts that humanity is definitively witnessing the signs of the end times, pointing to the rapid change in views on homosexuality and “the prevalence of the works of the flesh.” Socially progressive readers will be taken aback by Newton’s treatment of homosexuality in particular (“Homophobia is a word created by Satan himself to deceive the world into accepting homosexual behavior”).

A brief, heartfelt work but one that’s certainly heterodox and controversial.