Rene Fomby practices criminal law and civil litigation across the state of Texas in partnership with his son, Adam Fomby, at the Fomby Law Firm in Houston. After earning an MBA from the University of Texas Graduate School of Business, Rene held a number of senior management positions in high tech and pharmaceuticals. At Xerox Office Systems / Palo Alto Research Center, Rene helped design the stand-alone graphical computer that was later outlicensed to Apple and became the Macintosh. Later, he pioneered the use of marketing analytics in the pharmaceutical industry, headed up global planning for one of the world’s largest drug companies, and drove the biggest product launch in biotech history, a protease inhibitor that transformed HIV from a killer to a chronic disease. Rene also created the world’s first handheld computer for doctors and served as Director of the National Healthcare Database under the auspices of the U.S. Department of Health and Human Services. At the University of Texas School of Law, Rene was recipient of the Oscar and Ethel Schwartz Endowed Presidential Scholarship in Law and the Thomas C. Clark Academic Scholarship in Law, as well as the Patton and Boggs Fellowship in Humanitarian Law. Rene was also recipient of the Dean’s Awards for Highest Achievement in Telecommunications Law, Healthcare Law and Advanced Criminal Law, and was honored as the law school’s Best Litigator. Rene's very first law suit, filed on the day he was sworn in as a attorney, is now enshrined as a key case in consumer law textbooks. Rene has dedicated his life to helping people in need. In addition to his work defending the rights of those in need and in trouble, Rene has founded and led a number of non-profit companies providing healthcare and basic communications services to the poorest members of our society. Rene was a founder of USFon, Inc., a non-profit joint project of the University of Texas Schools of Law and Engineering that provides telephone and Internet service to those who otherwise couldn’t afford it. He also co-founded Texas Mission of Mercy, which provided high quality healthcare to the poorest citizens of Central Texas at no cost. Currently, Rene is a board member and legal counsel for Vive Les Artes theater in Killeen, Texas, a community theater that was scheduled to be shuttered after 30+ years, until Rene and other community leaders stepped up to save it. In its first season under the new board, VLA is already now in the black and is eagerly anticipating the expansion of its adult and children's theater productions into next season and beyond. The show must go on! More importantly, Rene is a winemaker, sailor, private pilot, helicopter dad and loving husband, and is currently owned by three dogs and one very feisty Maine Coon cat.

“A scathing indictment of the Texas criminal justice system and a satisfying read with a cliffhanger ending.”
– Kirkus Reviews 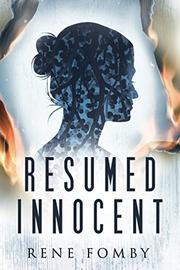 After her husband, Luke, was killed in a car crash, Sam left a promising career at a large Houston law firm to start her own small-town practice in criminal law, working out of her home in Blair County, where she raises her 3-year-old daughter. Her clients are mainly poor, with many sitting in the county lockup, unable to make bail. She’s spent a year handling mostly misdemeanor cases, but as this book opens, she’s representing Andrea Owens, a woman who’s been accused of stabbing her boyfriend, Robbie Johnson. Andrea’s defense is that Robbie was attacking her and that she was just holding the knife for protection. This is the first of several cases that Sam will handle over the course of the novel, and it’s also the one that causes her private-detective colleague, Randy Martinez, to warn her that moving into felony work has placed her in a new, and nasty, arena. The district attorney’s office, Randy tells her, isn’t just about “pulling legal tricks….These guys are in deep with the police and the sheriff’s department.” Evidently, they’re suspiciously connected to a few judges as well. Things heat up to a dangerous level when Samantha agrees to represent a man who’s been arrested for the gruesome triple murder of his wife and two children. The revolving legal stories presented here, with the exception of the murder trial, are all cases of “small crime”—less dramatic than the headline-grabbing cases but still of great consequence to those caught in the judicial bureaucracy—in which prejudices and soaring egos are routinely rewarded. Fomby nicely wraps the various stories around a narrative that develops Sam into a strong, fully developed protagonist who could easily serve as the engine of her own series. A melodramatic subplot involving Sam’s former in-laws may stretch readers’ credulity just a bit, but it rounds out her personal story as she fights the good fight for those without the money or influence to buy freedom from prosecution. The author came to the law late in life, embarking on a major career change at 50. But he’s accumulated enough legal experience to give his novel a constant momentum, creating realistic forays into case law, behind-the-scenes legal machinations, the process of jury selection, and courtroom fireworks. His lucid prose makes the legal jargon readable and informative, and he smoothly executes the transitions between Sam’s professional and personal lives. Harry Crawford, a third-year law student who’s Sam’s summer legal assistant, isn’t fully developed as a character, but he has the potential of becoming a solid secondary protagonist down the road. (Plus, he adds a hint of potential romance.) Overall, this novel is a welcome addition to the ever popular legal genre.

A scathing indictment of the Texas criminal justice system and a satisfying read with a cliffhanger ending.

"A tale guaranteed to have you on the edge of your seat" –? Modern Cat Magazine. It’s Saturday morning in the Windy City, and Moose is running out of time. In less than 48 hours, his best friend has a date with the needle, the kind of date you don’t walk away from with a kiss. Moose has to find out who framed his pit bull buddy for the savage slaying of a French poodle — and then convince the humans that he’s nailed the right guy. But with no leads and little evidence to go on, there’s only one person in Chicago that has a prayer of hunting down the real killer in time: Antonio Gattogrosso, legendary proprietor of Felinevestigators, the Feline Detective Agency. AKA Fat Tony. Private Eyes is a fast-paced thriller that will keep you turning pages until well in the night. Dogs and cats have put aside their differences and prejudices to discover who really slashed Penny's throat. And why. The dark, crime-ridden underbelly of Chicago comes alive in this classic tale of sacrifice and redemption. And no humans were actually harmed in the writing of this book. The rave reviews keep pouring in: "It's a great fireside read. Just like me, you'll want to keep an eye out for it!" - Fisheye Martinez "I predict it will be a smashing success, dahlinks!" -Madame LuLu, astrologer to the stars "Buy dis book if you knows what's good for youse." - Fat Tony Gattogrosso
Published: July 6, 2017

The Game of War

The devil wears camo. A slow burning Hitchcockian thriller that will confuse you, startle you, and in the end leave you gasping for breath! Marc and Dave have the perfect idea for a new Xbox game, but they're missing just one thing. Rights to a critical piece of code now controlled by a major defense contractor. They're willing to sell their souls to get it... but the company has a far more dangerous price in mind. And as they sign on the dotted line, they have no idea what that price truly is. In a world where drones and robots are quickly replacing human soldiers on the battlefield, The Game of War could very well be torn from tomorrow's headlines. Love, tech, mystery and gore - this book has it all.