Richard Taylor spent most of his professional life as a soldier and he writes about what he knows best--war and love. His recent novel, "Return to Eden" was set in the Philippines during World War II. This is the second of a series of three generational stories with the opening, "Eden Lost" during the Philippine-American War, 1898-1901, and the final story in Vietnam in "Almost Eden."

"Return to Eden" was recently the finalist in the 2015 Georgia Author of the Year Awards.

For more information on Taylor or his military career or his writings consult his Authors Guild page at http://www.richard-taylor.org

“A sometimes brutal but also heartwarming book about two people who learn life lessons from their war experiences.”
– Kirkus Reviews 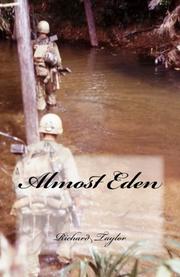 In this third novel in a trilogy, a “donut dollie”—a Red Cross volunteer during the Vietnam War—finds love with a soldier, but his experiences in the jungle will have lasting repercussions on their future together.

Izzy Armand is her family’s “guerrilla girl,” born in the Philippine jungles of Luzon during World War II and named for her grandfather’s late love Isabella, a fighter in the Philippine-American War. In death, Isabella has visited members of Izzy’s family and those close to them, acting as a guardian angel or advising spirit. She now comes to Izzy, who’s working at Bethesda Naval Hospital, and urges her to follow her heart; Izzy then decides to join the war effort in Vietnam and volunteer for the Red Cross. On the flight over, she meets Lt. Abe Chastain, a minister’s son from Georgia; the two are quickly smitten. Their duties keep them separated, however, and their mutual longing weighs on them just as the burdens of war. As a “smile girl,” Izzy watches men get killed or injured—the very men whose morale she is tasked with lifting. One night at the Rex Hotel in Saigon, she is even forced to take up arms during a Viet Cong attack. Abe struggles with his own losses, watching his friends die senselessly while he’s injured and exposed to Agent Orange, the latter rendering him ill and unable to give Izzy a child. But the spirit of Isabella has not forsaken this couple she’s brought together, and she pushes Izzy back to Vietnam to find them a child. Through the third entry in Taylor’s (Berlin Rendezvous, 2014, etc.) family saga, this volume will be accessible to those unfamiliar with previous installments, as it touches on previous generations of Armands and their wartime experiences along with the role Isabella played in counseling each of them. Izzy is a charming, atypical protagonist: a strong, resourceful woman whose role as donut dollie offers a unique view of the war. Having served in Vietnam, Taylor brings sensitivity to the subject, humanizing both combatants and civilians, never sensationalizing the violence, and never allowing the impact to become merely a backdrop for a love story. 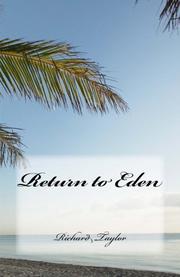 The second book in a historical fiction trilogy set in the Japanese-occupied Philippines during World War II.

Taylor’s (Eden Lost, 2014) latest picks up in 1941 with Joe Armand—the son of Joshua from the previous novel—who’s in Manila to arrange for the purchase of a ship. Joe knows of Joshua’s own experience in the Philippines, during which his father fell in love with a woman named Isabella. Although she’s not his mother, Joe wants to know more about this legendary woman. While waiting for orders, he wanders to the church where she was buried and meets Luci Blake, an American from Hawaii with bright red hair—and it’s love at first sight. Luci has come to the islands to join the Red Cross and has become a part of an elite social circle. She finds out more information about Isabella from her friend Leah Ramirez, a Spanish-American socialite. After Pearl Harbor is attacked in December 1941, the Japanese military bombs the Philippines and begins its invasion. Together, Joe and Luci face near-death experiences that serve to strengthen their already close bond. Leah helps Luci escape the Philippines on a ship bound for Australia, leaving Joe alone to avoid capture by the Japanese. At the last minute, though, Luci and Leah decide not to go. Separately, Luci and Joe fight for their lives; they eventually meet again, transforming from young lovers into guerrilla fighters opposing the Japanese occupation. Overall, Taylor has embarked on a great undertaking in this second novel in his trilogy. He incorporates a great deal of history into his novel—each chapter, for example, opens with a historical note or an entry from Leah’s journal. A common theme soon emerges in the parallel stories of Isabella and Luci of how women (and men) are changed by war. At times, though, the prose is hindered by its staccato rhythm, which is choppy rather than nimble. That said, Taylor does succeed in illustrating the complex history of WWII in the Pacific through the eyes of his characters.

A sometimes-brutal but also heartwarming book about two people who learn life lessons from their war experiences. 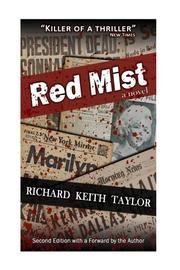 In this thriller set in the 1960s, an American soldier becomes caught in a secret war between the FBI and the CIA.

David Dengler is an aspiring spy, a young Army Intelligence recruit on a peculiar training mission in the summer of 1962: keep superstar Marilyn Monroe under close surveillance and compile a comprehensive dossier on her. At first, Dengler can’t believe his luck—such a glamorous first assignment—but quickly discovers that the beautiful celebrity had affairs with both John F. Kennedy and his brother Robert and that she’s arranged to furtively abort a child produced by one of them. Monroe becomes exasperated that neither takes her calls anymore and threatens to call a press conference announcing their indiscretions. Then, a team of CIA assassins shows up at Monroe’s residence to kill her, and Dengler intercedes but is brutally wounded in a struggle. The actress doesn’t survive the attempt on her life, but Dengler manages to escape, now a fugitive on the run. He flees town and hides out in a remote cabin, but the CIA is hot on his trail and intent on silencing him. FBI Director J. Edgar Hoover reveals to Dengler that the CIA and the bureau are locked in a power struggle that involves organized crime, the Cuban missile crisis, and the presidency. Hoover invites Dengler to join a clandestine group within the FBI—the “Q Force”—under a new identity to help counter the nefarious activities of the CIA. Taylor (The Devouring, 2016, etc.) ingeniously concocts a revisionist history of intramural espionage in the United States during the ’60s, somehow rendering the utterly absurd deliciously plausible. (At one point, Hoover tells Dengler about the Q Force: “Now they have a new mission: Investigate the murder of Marilyn Monroe and prove the President innocent, or guilty.”) In addition, Dengler is a sumptuously complex protagonist running from inauspicious beginnings in West Virginia and madly in love with a drug-addled prostitute. The plot can border on the exasperatingly entangled, and it isn’t easy to keep the suspense taut for more than 400 pages. But Taylor’s brash narrative never lulls for long, marching relentlessly toward a provocative conclusion.

RETURN TO EDEN: Finalist, Georgia Author of the Year Award, 2015

The final book in a generational series, this set in Vietnam, the Philippines, and USA. Hits on many heartwarming and heartbreaking topics of the age.
ISBN: 13: 978-1503362888

An encounter between an American businessman and a mysterious mestizo woman in the Philippines during the Spanish-American War leads to much more than either anticipated.
ISBN: 978-1-62902-110-2

An account of veterans returning home from war from the Revolutionary War to the recent conflicts in Iraq and Afghanistan. Republished as a featured selection by the Association of the U. S. Army.
ISBN: 978-1-59114-858-6

A combat memoir, an extraordinary and heartfelt autobiography detailing two tours in a foreign land on the far side of the world. A classic of its genre and will stand the test of time as one of the finest soldier memoirs of its age. A winner of the Paul Gillette writers award and featured selection of the military book club.
ISBN: 1-932033-19-X

The Falcon and the Dove