Richard Todd is a writer, inventor, and entrepreneur.

Richard lives on a horse ranch in California with his beautiful wife Laura and the many rescue animals under their care. In his not-so-abundant spare time, he is a competitive horseback rider. 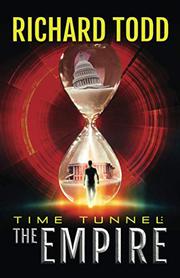 After preventing 9/11, time travelers must again change the past to alter the outcome of Wounded Knee in this SF sequel.

In Book 1, Maj. Kyle Mason—heartbroken after his beautiful, accomplished wife, Padma Mahajan, was killed in the 9/11 attacks—was recruited in 2008 for a very secret mission to go back in time and stop the strikes. But problems arose, and a desperate Kyle turned to the one reliable partner he could find in 2001: himself. Though successful, Kyle 2001 died in the process. Unable to leave Padma, Kyle 2008 stayed in 2001, becoming the reclusive “Anderson Wild.” By Timeline 002 2008, Padma has parlayed her financial genius and Kyle’s knowledge of coming events into a trillion-dollar fortune, all the political power she can buy, and control of the Time Tunnel underground research complex, called Dreamland. Meanwhile, Texas Sen. Jonah Jones gathers a private army and takes over the U.S. government, with Dreamland in his sights. Padma and Kyle must use the Time Tunnel to escape. Though they aim for San Francisco and the Summer of Love, they land in South Dakota, 1890, in a Lakota village—just a few months before the massacre of Wounded Knee, as Kyle realizes from his studies. Though Kyle and Padma agree they must prevent the massacre, complications—and unintended consequences—arise, with world-changing implications. In this second installment of a series, Todd (Time Tunnel: The Twin Towers, 2019) continues exploring the intriguing possibilities of time travel, backing up his speculations with well-researched history and believable science. Though adept at setting up exciting, tense confrontations, the author is also a thoughtful writer, and his characters are appropriately vulnerable, though Padma is hailed as the messiah of Lakota prophecy and Kyle has modern weaponry. Todd’s Lakota camp and the town of Deadwood come vividly alive with well-chosen, telling details such as the checkerboard that sits atop a general store’s cracker barrel. The cliffhanger ending will leave readers eager for the next volume. 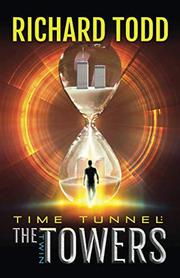 A soldier travels back in time to prevent the 9/11 attacks and save his wife’s life in debut author Todd’s first sci-fi thriller in a duology.

On Sept. 10, 2001, Maj. Kyle Mason, a sandy-haired, green-eyed, and chiseled U.S. Army Special Forces soldier, can’t believe his luck: “He was newly wed to the most beautiful woman on the planet, and he was at the zenith of his career.” His 35-year-old wife, Padma Mahajan, a few years his senior, is the vice president of a Wall Street investment bank with offices in the World Trade Center. After the next day’s disastrous events, Kyle’s life is torn asunder; grief-stricken, he spirals downward into depression and resigns his commission. Then, in 2008, Gen. Aaron Craig asks him, “Major, what if you could change everything?” Kyle, reinstated as a lieutenant colonel, soon joins a secret research project in Nevada that’s been operating for decades. Scientists have constructed a time machine, and the project’s mission is to avert the 9/11 attacks by assassinating the hijackers before they can carry out their plan. Although Kyle and his partner, Col. Annika Wise, are highly prepared, they face unexpected difficulties on the mission, which takes a surprising turn. Todd grippingly conjures a what-if time-travel scenario that’s unusually believable. His time machine’s origin and development have a strong, plausible basis, and his characters’ backstories and personalities provide realistic motivations. The research project also makes a thorough case for choosing 9/11 as a vital historical inflection point—not only because of the attacks’ impact, but also because the activities and locations of the hijackers before the events are well known. As the main characters carry out their exciting mission and remake history, readers will find it intensely satisfying, and the cliffhanger ending promises new thrills to come.