Rick Lenz is a veteran Broadway, television and film actor who first came to national attention when he repeated his Broadway role in "Cactus Flower," in the film version—opposite Goldie Hawn, Ingrid Bergman and Walter Matthau. He went on to appear in a long list of television series and movies, and to act opposite many of the entertainment industry’s biggest stars—Peter Sellers, Jackie Gleason, John Wayne (in his final film, "The Shootist"), and many more.

As a writer, his first play, "The Epic of Buster Friend" debuted at the American Shakespeare Theatre, was moved to the Lucille Lortel in New York City and later taped for PBS. In 2012, his memoir, "North of Hollywood" was a critical success, winning eight national awards. "Kirkus Reviews" called it, “A touching bittersweet memory of a workaday career in acting.” "Writer’s Digest" called it “..masterful…,” the review ending with: “Applause? Standing ovation.”

“Lenz's mesmerizing, multifaceted debut novel is both an intriguing time-travel/past-life adventure and a subtle homage to Marilyn Monroe.”
– Kirkus Reviews 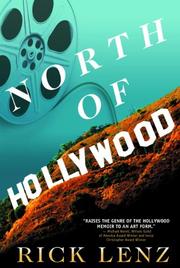 Lenz’s debut memoir recounts his four decades on the stage and screen.

Brushes with greatness are a recurring theme throughout Lenz’s reflection on a lifetime playing Hollywood bit parts and regional theater roles. Among the memories: an old friendship with Goldie Hawn, a fight scene with John Wayne and a bout of drinking with Jason Robards and George C. Scott. Lenz concedes that he peaked early, however, gaining minor buzz in the late 1960s as an up-and-coming actor only to follow a trajectory that delivered lots of work but not much acclaim. “My God, people listened when I spoke,” he recalls in one wistful memory of early promise. “Naturally, I assumed this was the way it would always be.” Instead, Lenz was relegated to endless auditions and decades of journeyman roles in TV series like Marcus Welby, MD, The Six Million Dollar Man and Falcon Crest. His story is freighted with disappointment, although the author blames only himself for some of his bad breaks. These include the decision to pass on a stage opportunity with a well-known Hollywood director for a lead role in a Kansas City dinner-theater production of The Owl and the Pussy Cat. Lenz uses the present tense to suitable effect in sustaining immediacy between flashbacks from decades ago and more recent events, and he documents a career longevity that is breathtaking. He writes with self-punishing honesty in places, opening up about substance abuse, failed marriages and troubled children. He describes visiting a Los Angeles speakeasy to revel in his notoriety as a working actor only to have his bubble burst by a drunken community college professor who taunts him for not being better known. “You know what you are? You’re a loser.” It’s a slap in the face, but it lends Lenz the clarity to see that fame isn’t everything. His story is more about self-acceptance than glory, and readers will cheer Lenz as he reaches that realization himself.

A touching, bittersweet remembrance of a workaday career in acting. 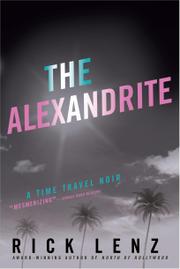 Lenz’s mesmerizing, multifaceted debut novel is both an intriguing time-travel/past-life adventure and a subtle homage to Marilyn Monroe.

Initially set in Southern California in 1996, the storyline follows Jack Cade, a 40-year-old struggling actor who’s inexplicably given a valuable alexandrite ring by an unknown benefactor. But the strange gift doesn’t change Cade’s run of bad luck: He loses a job he desperately needed, and his wife finally leaves him. When a woman named Maggie Partridge, who claims to be a psychophysicist, contacts the down-and-out actor with “extremely important” information, he decides to meet with her and hear her out. Her story is incredible: She believes that Cade used to be a man named Richard Blake, a gemologist who lived in the San Fernando Valley in the 1950s—and she has a way to send him back in time to prove it. Cade agrees and indeed finds himself back in 1956 as the gemologist. Blake’s existence is as bleak as Cade’s. He lives with his wife and her mentally challenged sister, with whom he’s having an affair. Blake, an aspiring actor, has the opportunity to meet Marilyn Monroe, who has just started filming Bus Stop. Meeting Monroe helps Cade/Blake begin to unravel the mystery surrounding the alexandrite ring, and the pieces to an incredibly intricate puzzle start falling into place—until Blake’s wife takes umbrage with his infidelity. Along the way, this fascinating look at the underbelly of Hollywood offers an intriguing glimpse into Monroe’s tragic life and death. “We turned her into an icon,” says Cade, in Richard’s body, “then a vessel of our hopes and dreams, and finally a human sacrifice.” Like Monroe, the novel is impressively complex. Lenz—himself a veteran actor—cunningly blends time travel, LA noir, Hollywood glitz and self-discovery, making for a uniquely appealing read.

A stellar story illuminated by a star’s light and a man’s search for himself.