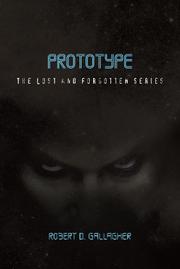 In this sci-fi debut, a prison escape artist faces his greatest challenge yet aboard a computer-run space station facility revolving near a black hole.

Sam McCall, by the federation year 2424, has escaped more prisons than anyone else alive. After he steals and subsequently refuses to reveal the whereabouts of a new prototype, Sam’s next destination is Facility Zero, from which no inmate has ever made it out. A black hole acts as the place’s power source and will likely annihilate any fleeing pod outside of the prison’s gravity shield. Furthermore, the black hole’s the reason for time dilation: a month in the facility is years back on Earth. It turns out Sam’s incarceration may have another purpose; Facility Zero architect Alistair Brookes is trapped there and wants to get home to his wife and daughter. Sam, Brookes, and others, including combat-trained Jessica Braose, search for a means of escape while fighting off waves of freakers, crazed inmates who mutilate themselves (and others) during sporadic power fluctuations. Someone inside Facility Zero may be controlling the freakers, but another threat is on the way. Individuals behind Phantom, the never-recovered prototype Sam pilfered, plan to retrieve it—however they can—from the prisoner. Gallagher’s series opener is jam-packed with plot details at a nearly overwhelming volume. Numerous revelations come later, à la twists: the freakers’ origin; the explanation of Phantom; and, in the best turn, where exactly Sam “hid” the prototype. Though it’s quite a lot of information, the smart and witty narrative makes it easy to digest. Technology, for one, is chic, especially the nanites and dermal protection that safeguard formidable Jessica. Cynicism, meanwhile, is a relief from recurring bouts of freaker violence (which also provides much of the action); Sam notes a character, having survived a vicious assault, “amazed us again by not dying.” The dizzying story eventually spins off into the fantasy realm, and Gallagher wisely doesn’t even attempt to wrap it up, opting instead for a massive—and rousing—cliffhanger.

The Chronicles of Thomas Covenant, the Unbeliever