Robert Pascuzzi is a successful entrepreneur, husband and father from the Midwest whose comfortable existence was shattered due to a horrendous crime that impacted he and his family. In the wake of that tragedy, Robert was led on a spiritual journey that challenged his core beliefs. Having had a radical shift, he was compelled to share what he learned and thus this book was born.

“A gripping, ultimately uplifting story about the power of Christian forgiveness.”
– Kirkus Reviews 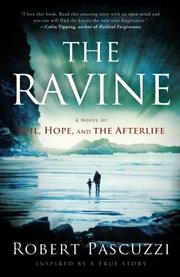 Pascuzzi offers a taut debut thriller that opens on a tense note of mystery.

Tony Turner and his wife, Emily, are on a well-deserved vacation in Italy when ominous messages start arriving from their home in Cuyahoga County, Ohio. Tony is the levelheaded, responsible owner of a chain of Steve’s Sporting Goods stores in northern Ohio; one of his store managers is his younger brother Danny, who was a wayward ne’er-do-well while growing up in Tony’s shadow (“Danny was always finding one way or another to screw up his life, from bad financial decisions to marital problems to a less-than-exemplary work ethic”). But since Danny married Rachel and had two boys, he’s seemed more grounded. He leaves Tony a phone message, relating how he just had to fire a problematic employee and that he’s afraid that the man could be dangerous; in a later email message, a worried-sounding Danny gives Tony his life insurance information and asks Tony to take care of his sons. From these initial hints, and with steady, skillful control of his narrative, Pascuzzi effectively unfolds a tale of tragedy: Rachel and son Evan are found shot dead in their suburban home, and Danny is soon discovered dead of a self-administered gunshot wound in the ravine at a quarry. The author shows how the catastrophe rocks the surviving family members to their cores and also shakes the faith that Tony and his loved ones have always used to carry them through the rough parts of their lives. The question arises: “If God cares enough to help someone who’s grieving, why didn’t he stop Danny?” Tony and Emily have their nephew to care for, and they have questions nobody can answer, so Pascuzzi smoothly uses the bulk of the narrative to examine the consolations of religious belief in times of crisis (“Yes, we all experience darkness. But yet, we are given faith. We’re given hope”). Throughout the book, his characters are believably textured, and he dramatizes a trial of faith that feels refreshingly grounded in the real world.

A gripping, ultimately uplifting story about the power of Christian forgiveness.