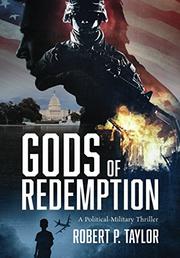 In this espionage thriller, a CIA agent desperately tries to thwart a major terrorist attack on American soil.

When Garrett McCloud was a U.S. Army colonel stationed in Germany, a terrorist attack brought down a commercial airplane killing over 200 people, including his 6-year-old son. Devastated, he requested reassignment, later turned down a promotion to brigadier general, and retired from the military. He then joined a paramilitary unit run by the CIA, but he fell out of favor due to his brash independence, and was banished to Tel Aviv, Israel. However, he’s called back to Washington, D.C., after an airliner leaving Greece crashes, and forensic experts determine that a terrorist group using nerve gas is to blame. They have reason to believe that the group intends to strike again on a much more massive scale, and on an American target. Specifically, they suspect the Martyrs of Islam, a rogue terrorist group led by Khalifa Bawazir—the man responsible for the death of McCloud’s son. Bawazir was previously captured by American operatives, but then handed over to German authorities who quietly released him, creating a political crisis. The U.S. president authorizes McCloud to apprehend Bawazir in Amsterdam—without the permission or cooperation of the Dutch government. McCloud can’t pass up the opportunity to avenge his son’s murder, but he’s anxious about what will happen if plans go awry. Debut author Robert Taylor is a former intelligence officer, and so it’s unsurprising that he’s able to write with such confidence about military matters and geopolitical espionage. As a result, he ably packs the plot with plenty of action and suspense, rocketing the story to an explosive conclusion. Taylor constructs McCloud to be much more complex than the typical action hero—wounded by the death of his son (“He admonished himself mercilessly. He should have been with his little boy”), his marriage evaporates, and he all but emotionally abandons his now-teenage daughter. This human element provides a welcome counterbalance to the drama of the chase.