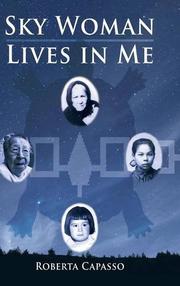 Sky Woman Lives In Me

A debut memoir of a woman discovering her Native American heritage and coming to terms with an ancestor’s history at an “Indian school.”

Capasso tells two stories here: one about her own learning process as she researched the history of her Oneida culture, and the other about her great-grandmother’s time as part of a 19th-century government policy of forced assimilation. She recounts a childhood of “look[ing] Oneida on the outside” but having no connection to her culture and no knowledge of Native American history beyond the depictions she saw in Westerns. As an adult, she collected stories of her great-grandmother Sophia, who was sent from an Oneida reservation in Wisconsin to Pennsylvania’s Carlisle Indian Industrial School in 1891, and then to a rural New Jersey farm where she spent a decade as a servant. Capasso writes about her years of research into Sophia’s experience. She traveled to Carlisle, Pennsylvania; visited the school, now preserved, in part, as a museum; and found Sophia in the school’s records. She also met with descendants of the family for whom Sophia worked, combining their stories with her grandmother’s memories to build a full picture of a silenced heritage. The author does an excellent job of drawing connections between the past and present, demonstrating that topics often relegated to history books remain relevant in family memory. Readers familiar with Native American history may be nonplussed by Capasso’s depiction of her gradual education (“I had no idea that a reservation was land set aside by the US government for Indians to live on”), and the book’s breathless tone, with 89 exclamation points in 122 pages, can be grating. That said, Capasso has created a true portrait of a non-historian’s encounter with history, bringing a valuable perspective to the generational impact of assimilationist policies.

An authentic story of Native American culture, inheritance, and loss.