Robin Mason is the award winning co-author of OLDENGLEN with his father, Michael. The first book in the "The Oldenglen Chronicles" middle grade fantasy series, OLDENGLEN won silver medals in the 2016 Benjamin Franklin Awards and the Reader Views Literary Awards. Robin is the sole author of the second and third books in the series, LONE WOLF and ROGUE WOLF. LONE WOLF is a Silver Medalist in the 2017 Benjamin Franklin Awards, a Finalist in the Foreword INDIES 2016, and received an Honorable Mention in the Reader Views Literary Awards

Robin was born in England and has also lived in Zimbabwe and Canada. The story behind OLDENGLEN came from the time the family was renting a large estate in British Columbia, Canada, many years ago.

As a young boy, Robin grew up with the written word. Michael, a professor of English, would read to him every night, including such works as the Narnia books, the Hobbit and the Lord of the Rings trilogy. OLDENGLEN is the result of that upbringing, and the first book in the series known as "The Oldenglen Chronicles". The second book in the series, LONE WOLF, was published on April 1, 2016, and book three, ROGUE WOLF, was published on April 25, 2017.

Robin is an attorney. He has been married to his wife, Angelina, for nearly 25 years and they are blessed with three children. 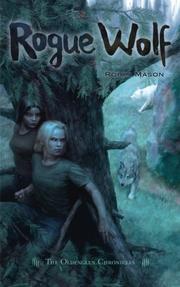 In the continuation of Mason’s (Lone Wolf, 2016, etc.) middle-grade fantasy series, young Jackson Wolfe tries to prevent a hostile wolf pack and poachers from harming his family and animal friends.

England-born Jackson has truly found his place in the magical Oregon valley called Oldenglen, where he and his family make their home. Thanks to a wolf bite that his father sustained as a child, Jackson has heightened senses of smell and hearing. He’s the perfect intermediary between the glen’s “woodfolk” animals and humans, particularly because he also possesses the powerful Gladestone, which grants him the ability to converse with wildlife. But not all the animals are friendly—an unknown wolf pack, led by Rogue, is planning to settle in the glen. Not only could the woodfolk become the wolves’ prey, but the pack’s presence, so close to humans, could also attract hunters. Meanwhile, poachers have snatched a fledgling eagle named Windlord from the glen. Jackson organizes a rescue mission, but he may be losing the woodfolk’s trust; he wants to drive Rogue’s pack away without any killing, while some animals would prefer letting gun-happy humans take care of the problem. With help from his human pal, Sarah Lopez, Jackson struggles to ensure everyone’s safety, including his own. Mason’s third series installment offers another rousing Oldenglen tale. The story starts quickly—Jackson spots the unfamiliar wolf pack in the very first chapter—and a handful of animal and human villains help maintain a perpetual sense of menace. Overall, it’s a breezy read that’s filled with welcome moments of humor, as when Notch, the black-tailed jackrabbit, says, “I’m all ears.” Readers will sympathize with Jackson’s ongoing struggle with his own identity; a few animals think him to be a wolf sympathizer, while the vicious Rogue abhors his human side. Mason also presents a motley, offbeat assortment of characters, including a vole and saw-whet owl, which may encourage young readers to do further research on unfamiliar species.

A witty, energetic story that’s as educational as it is entertaining. 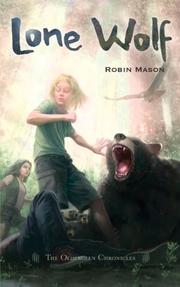 LONE WOLF: BOOK TWO OF THE OLDENGLEN CHRONICLES A twelve-year-old boy’s ability to communicate with animals may come in handy when revenge-minded bullies invade his family’s land in Mason’s (Oldenglen, 2015) middle-grade fantasy. Although initially reluctant to leave his England home, Jackson Wolfe has grown to love Oregon. The Oldenglen estate where he lives is a magical place where the boy can understand the forest’s inhabitants. But while the woodfolk are pals, Jackson’s had less luck making friends at school. Bully Noah and his three cronies who form The Pack target Jackson after he sticks up for nerdy Daniel. When Noah instigates a tussle outside a library, Jackson momentarily unleashes the “wolf within,” [5] a transformation he thought would materialize only in Oldenglen. Jax the Wolf has amped speed and strength, with golden eyes the sole physical change — but it’s his eyes that Noah may have witnessed. Now designating Jackson a freak, The Pack creeps into Oldenglen, where Noah boasts of knowing the area. Fortunately, Jackson has help, from the woodfolk who immediately spot the camping bullies to San Franciscan Sarah, who’s visiting the boy she’d befriended over the summer. With a hunting dog and gun, Noah poses a threat to Jackson and his woodsy companions, especially if he tells potentially-armed adults he’s spotted wolves or coyotes. So Jackson, Sarah, and the woodfolk make a plan to protect Oldenglen. This laudable tale is more exciting than the series’ first, which Mason co-wrote with his father. Handling exposition thoroughly but efficiently, the author dives right into the story to establish the new villains. Noah, et. al., even if mere eighth-graders, are genuinely scary; he and older brother Nate, in a discernible black truck, follow Jackson’s bus all the way home. Despite further distress (Jackson’s missing porcupine buddy Squiffle) and the occasional menacing animal (a bull elk literally looking for a fight), the narrative’s predominantly jaunty. The good guys, for one, are surprisingly skilled at psychological warfare, opting to disturb the bullies’ sleep and campsite, which results in hilarious directives: “Send in the moles.” [214] Jackson battles relatable issues, too, including loneliness, feeling like both wolf and human with no real pack of his own.

A morally-sound hero who earns sympathy and cheers as a champion of the wildlife. 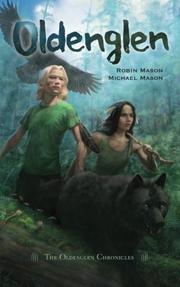 When Jackson’s family moves to a forested area, he stumbles upon secrets that will change his life forever in this middle-grade novel.

Twelve-year-old Jackson “Jax” Wolfe moves with his parents from the United Kingdom to a rural part of Oregon. Initially, Jackson misses his life in England and his friends there, but eventually he needs to fill his summer vacation. He decides to start exploring the forest, which his father recalls as a memorable activity from his own childhood. Almost immediately, Jackson understands his father’s appreciation for it—there’s magic there, which he experiences when he finds he can suddenly speak to and understand the animals in the forest. Jackson soon befriends some animals, including a porcupine and a badger, because he lives in a remote area and there are few kids around that are his own age. From the animals, he learns that they’re beginning to fear human invaders in the forest. After he meets Sarah, the young granddaughter of his family’s landlord, the two of them team up to help protect the forest any way they can. When they learn that threat comes from Sarah’s grandfather, they’re conflicted about how to handle the situation but know that they need to help their animal friends. This first novel in a planned series explores issues of environmentalism as well as friendship, as Jackson learns how to make new acquaintances and turn them into real relationships. There are also elements of whimsy when the kids converse with the animals, as well as subtle jokes that keep the tone from feeling too heavy. The Masons create a fully developed fictional world, with plenty of fleshed-out characters and a strong sense of place. Although the novel takes a bit too long to reach its conclusion, it’s one that young fantasy fans will appreciate.