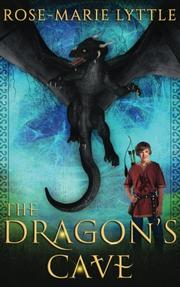 A freak accident sends a 12-year-old boy to a medieval world, where he’s on a quest to claim the fabled treasure from a dragon’s lair, in this middle-grade fantasy debut.

Seamus Letterman is Sunnyfield Middle School’s cross-country star. He’d “rather be skateboarding,” especially since he’s a stronger runner than his pal Andy Peterson, and the latter’s envy sparks the occasional fight between the two. A thunderstorm hits during practice one day, and Seamus is apparently struck by lightning before blacking out. He’s awakened by Coach Peterson (Andy’s dad), only it’s Sir Peter, dressed as a knight and speaking with a Scottish lilt. Andy’s there, too—well, Andrew; he and Seamus are both squires sporting bows and arrows. They’re part of a group of roughly 30 men on the way to a dragon’s den at Turquoise Mountain, with a reputed treasure inside. Seamus is a natural archer, which makes facing the massive black dragon slightly less terrifying. But when he and Andrew are separated from the others and tending to an injured Sir Peter, Seamus manages somehow to communicate with the majestic creature. Befriending the king’s enemy may be considered treason, however, and gets Seamus no closer to his ultimate goal of getting home to Sunnyfield, Arizona. Lyttle’s story quickly moves the protagonist to the medieval setting and carries over the engrossing drama from the contemporary opening. Andrew, for example, is jealous of Seamus’ archery skills, while Sir Peter, like his coach counterpart, is a paternal figure for the hero, who lost his firefighter dad. The prose is perfectly suited for younger readers, filled with stark imagery: edges of a cliff “so ragged they looked like teeth” and an ailing Seamus, whose “head weighed a thousand pounds.” The invigorating Lacey Stocker, who surpasses Seamus in cross-country, unfortunately has a smaller role, though her medieval version does eventually make an appearance. A strong ending teases sequel possibilities, but the engaging book can easily stand on its own.

A delightful and enthusiastic adventure that should appeal to a wide range of readers.