Roy Harris has published his first novel after being an ardent reader of science fiction for many years. In response to the criticism of excessive use of commas in the Kirkus review, the book has since been re-edited by Page publishing with the problem addressed. You can contact the author at (305) 505-1078.

“Harris' story is a shrewd genre piece taking place in an expansive universe that doesn't shy away from farce. A sometimes-preposterous but often profound tale of civilization struggling to persevere.”
– Kirkus Reviews 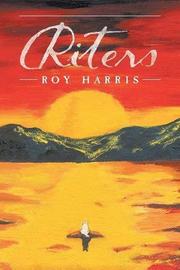 In this debut sci-fi novel, one man’s journey leads to a group of survivors spending a century aboard a spaceship in search of a new Earth.

September 2197 marks the 100th anniversary for the people on Protostar, who will finally learn of the events preceding their expedition. It begins in the late 21st century with the “spacecase hero” named “Harrison, Jack.” He’s a spacecase because he’s String-trained, able to access the fifth dimension. Stealing a micro thought-recorder gets Harrison sent to work in subterranean mines in Alaska. It’s there he notices authorities’ apparent mistake in removing both the thought-recorder and his Appro-recall implant. Harrison has newfound perception, since part of the Appro-recall’s function is to block full access to memories. Fellow mining techies, led by “Larkill, Han,” enlist Harrison for a prison break: they plan to drill their way to the surface and head to Sanatan, the Satcit (satellite city) version of Las Vegas. Harrison can use his skills to play the String game, with everyone then splitting the winnings for whatever destination’s next. Along the way, Harrison has new experiences, including sex that isn’t virtual. Nevertheless, Han has another plan involving hijacking a ship and starting a new civilization elsewhere. Indeed, Earth has been devastated by overpopulation, global warming, and a third world war. But Han’s true objective may entail some explosions and ensuing deaths. Before long, someone’s being held captive by a very dangerous organization, and somewhere in the months prior to Protostar’s takeoff is a secret (or two) that’s been hidden for 100 years. Harris’ story is a shrewd genre piece taking place in an expansive universe that doesn’t shy away from farce. For example, the techie escapees encounter Bob, an unabashed cannibal who remembers his last girlfriend more fondly as a meal. Likewise, it seems Dog has taken the place of God, as in “Dogdamn” and “Oh my Dog, there is a Dog!” (The eventual explanation for this is best left unspoiled, though it’s certainly bizarre.) Other aspects of the future world, however, are deeper. The state of Earth, for one, is clearly derived from present-day concerns, and the only real form of government is 7, or the Seven Cartels—cartels around the globe under one umbrella. One of the tale’s strongest points is its treatment of flesh-and-blood intimacy versus the virtual kind Harrison initially prefers. There are numerous instances of the former in which affection is surprisingly lacking from either partner, while Harrison, when on the String, is tender and vulnerable with Han. Dialogue’s rife with jargon typically defined by context. Several characters speak Amerab (American-abbreviated), which the narrative doesn’t translate, but there are only a few words at a time (and they are memorable: “Washi mufu?”). But some readers may be thrown by the excessive amount of commas throughout. One example of how this can be jarring is the spoken line “Do you see, Jack?” Though it looks to be dialogue uttered to Harrison, he’s actually the subject of the query and not in the scene.

A sometimes-preposterous but often profound tale of civilization struggling to persevere.