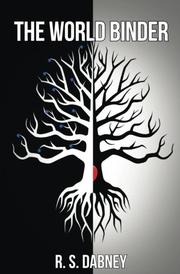 In the conclusion to Dabney’s (The Peace Keeper, 2016, etc.) fantasy trilogy, a woman prophesied to save the split-in-two world has little time to mend souls before all is lost.

Back when Eve took fruit from the tree of knowledge of good and evil, the end result was the halving of the world and every human soul. Accordingly, everyone has a good and evil counterpart in a parallel universe. In present day, Riley Dale has learned she’s an Electa, a descendant of Eve. As the Soul Mender and the World Binder, Riley is destined to fix the fractured world before all the people in it destroy one another. Terrorists in her world seem intent on attacking America, while war is imminent in the other world. Riley determines that mending souls is somehow linked to the Garden of Eden. With help from her Custos (assigned protector), Michael Flynn, as well as her other, a reformed prostitute/heroin addict who goes by Oz, Riley searches for Eden. But a group of assassins, the Jondi, believing Eve’s original intention was the world’s eventual destruction, plans to stop them. Things take an unexpected turn, however, when there’s a strong possibility that a significant element of the prophecy has been misinterpreted. Following brief synopses of the preceding installments, Dabney’s tale resumes the series’ swift pace. Riley continues training with Michael (she becomes proficient in transporting herself), while the teased war pays off in the end. There are multiple chewy plot points: If the worlds merge, people’s counterparts will merge as well, meaning that only Riley or Oz will remain. Twists in the final act are genuinely surprising, and a happy ending isn’t a certainty. Dabney’s straightforward writing relies on concise descriptions to maintain momentum, and she churns out indelible prose, like a particularly distraught Riley feeling as if “her emotions had set off an EMP in her brain, rendering her system useless.”

A sensational, emotionally charged denouement to an extraordinary series. 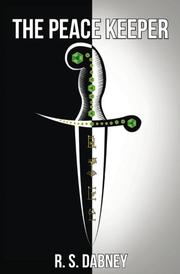 As the story opens, Riley is relatively safe in her own world after having returned from its parallel version. Each is populated by the other’s moral opposites—good people in one are evil in the other, and vice versa. The history of these universes goes back to the biblical story of Adam and Eve, when a bite of the forbidden fruit split good and evil into separate entities, along with humanity’s soul. Riley is one of the Electa, Eve’s descendants, who’ve been chosen to save the world. She and Gabe, her “Custos” (or protector), cross over again to the other world to liberate her friends—including her opposite, Oz—from the clutches of evil U.S. president Jackson Cain. He’s hoping to destroy Riley’s ring, bequeathed to her by her Electa grandmother, in order to bring about the end of the Electa. Both worlds are on the verge of devastation: Riley’s is threatened by terrorists overtaking America, and the other by an impending world war. In order to save them both, she must hone her mental training and weaponry skills, dodge assassins, and get along with the tougher but less compassionate Oz. Dabney boosts the action in this deftly written second installment, quickly moving the story to Riley’s training with her grandmother’s Custos, Michael Flynn, and swiftly following it with the rescue mission. The tried-and-true good-vs.-evil theme is surprisingly profound here; for example, killing a bad guy in one world means that an innocent person dies in the other, and Riley’s parallel-world ally, Zach Stone, is a serial killer back where she came from. Riley is a resolute protagonist throughout, determined to complete her task despite questioning her own abilities. Her behavior, however, doesn’t always befit her 22 years, such as when she pouts and grumbles when Oz gets more praise than she does. Plenty is left unexplained, but the answers will provide ample material for Dabney’s concluding volume. 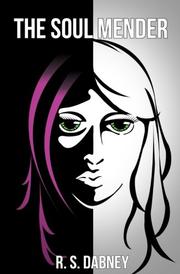 A debut novel follows a young woman as she struggles to come to grips with the realization that in a parallel universe everyone has an opposite.

This first installment of a trilogy focuses on the morally principled Riley Dale. Just days after graduating from college in Boulder, Colorado, Riley finds her world upended when she grasps that recent disturbing events—her grandmother dies of a heart attack, she stumbles across the body of a serial killer’s latest victim, and she apprehends that her bizarre visions seem much more than bad dreams—are all tied together. When she uncovers clues in her grandmother’s attic that point to not only the existence of a parallel world, but also her relative’s intimate knowledge of it, Riley unwillingly embarks on a dangerous journey of self-discovery. This quest brings her to the parallel world, where she meets her opposite self, a drug-addicted young woman whose entire life has been filled with hardship. A man trying to help Riley navigate this frightening new world tells her that she remains forever linked to this woman (“Basically, you are still connected…even though you live in two different worlds. If something really bad were to happen to this Riley, the same thing would happen to you”). Targeted by the police and assassins, the two women, unlikely partners, must stay alive long enough to figure out an operation to save the world. Dabney offers an utterly readable fusion of speculative fiction, mystery, biblical myth, and mainstream thriller. While parallel universes and alternate realities have been fertile concepts explored by fantasy and sci-fi writers for decades, the author brings a freshness to the well-trod subjects by giving the topics a deeply spiritual, biblical twist. Additionally, her savvy use of tension and pacing delivers a thrilling read, making the volume virtually impossible to put down. The only criticisms are largely unavoidable in a series opener—many questions regarding Riley’s abilities and ultimate goal to “heal the world” are left unanswered, and the conclusion is less than satisfying, being a respite more than any kind of ending.

Judging by the engrossing first volume, this trilogy about two heroines’ perilous mission has the potential to be not only highly entertaining, but profoundly edifying as well.