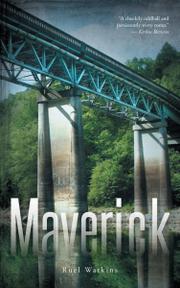 A Hollywood star’s sudden arrival, coinciding with some murders, surprises a barfly’s small town in this debut thriller.

A never-named narrator enjoys his solitary life, spending much of his time at his favorite dive, the Moose. Driving a drunk patron, Jerry, home in a snowstorm, the narrator hits a person in the road. Turns out it’s Tom Cruise, who’s fortunately OK and, despite an upcoming film shoot in the town, is evidently just passing through as part of the research for a book he’s writing. Cruise, of course, can’t keep a low profile, especially with Jerry’s social media posts updating local women as to the star’s location. The celebrity also inadvertently stirs up memories the narrator would prefer not discussing—namely the murder of his wife more than three years ago. He knows who’s responsible (an alleged accident), but new details come to light once his wife’s ex, convict Jackie, is back in town. Jackie demands to know about the night of the murder, but the town’s biggest problem, heroin, soon takes precedence after one individual’s overdose. Once murder enters the equation, anyone could be in danger—even Cruise. In this kooky tale, the protagonist’s narrative voice initially paves the way for unabashedly puerile humor, like noting social media sites “ButtFace” and “SpaceTime.” But Watkins shrewdly tones down the farcical jokes and Cruise’s appearances (he takes to wearing disguises), with the story becoming an introspection for the narrator. He, for one, relays events leading to his wife’s death in increments and to various characters, slowly opening the door to his volatile relationship with his dad. A mystery emerges as well, from past deaths to a much more recent one, with a solid twist or two. Watkins retains, however, a drollness throughout, which none of the violence or high volume of excretions ever manage to overwhelm. In fact, the narrator offsets a particularly graphic death scene with a pun.

Finally, from so little sleeping and so much reading, his brain dried up and he went completely out of his mind.