Russell F. Moran was the founder and CEO of Moran Publishing Company, Inc., best known for its weekly The New York Jury Verdict Reporter. The company also published Judicial Review of Damages, a monthly that published what happens to jury verdicts on appeal, and the Civil, Criminal, Matrimonial and Tort Citators, books that were updated quarterly and are used by lawyers to prepare motions and appeals. The company sold in 2000. He has appeared on TV and radio and has been quoted in numerous publications on jury trends, including the Op-Ed page of The New York Times. Moran is an attorney and the author of Justice in America: How it Works—How it Fails. (Coddington Press, 2011). He graduated from Chicago-Kent Law School, where he attended with a full academic scholarship and served as an editor of the Chicago-Kent Law Review. In his senior year he taught legal research and writing. He has consulted with small businesses CEOs on startup practices, business planning, and market optimization, using the tools of The APT Principle. In 2013 Russ finished his debut novel, The Gray Ship, a Kirkus starred best seller. Russ Lives on Long Island, New York, with his wife Lynda. 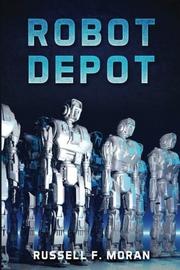 In Moran’s (The President Is Missing, 2017, etc.) sci-fi thriller, the CEO of a successful robot-manufacturing company hunts for a possible saboteur after his products lethally malfunction.

Mike Bateman’s chain of Robot Depot stores is a rousing triumph. From outlets in 30 states, the company sells robotic devices for various tasks, from cleaning to security. However, Mike and his wife, Jenny, an engineering professor and the company’s vice president, are understandably shocked when they receive a peculiar complaint from a customer. John Beekman is dismayed because he thought that a defective “hubot” (humanoid robot), whom he met in a bar, was a real person—and married it. Beekman’s lawsuit sparks a public outcry against Robot Depot, with some people believing that androids will contribute to human unemployment. Then five floor-cleaning bots in separate states overheat, leading to 10 human fatalities. The reports only worsen, and, in one instance, it appears that a gathering of Robot Depot creations led to an explosion that took down a skyscraper. Mike thinks that terrorists may be sabotaging the bots, so he contacts his FBI agent pal, Rick Bellamy. Soon, it’s revealed that someone is turning company products into bombs. Despite all the deadly occurrences, Moran’s novel is refreshingly pro-technology; for example, a sentient robot named Angus is shown in a positive light, as he proves to be a better diagnostician than humans. However, some of the story’s dialogue is repetitive: Jenny has an oft-referenced and frequently displayed “salty tongue,” but her manner of speaking is virtually identical to that of public relations executive Blanche Whiteacre. The humor also sometimes calls too much attention to itself, as in an explanation of why the coffee-making bot is named “Joe.” Nevertheless, the book’s thriller elements effectively escalate, and the final-act twist is memorable.

A mostly satisfying sci-fi tale that aptly conveys both the dangers and benefits of technological advancement. 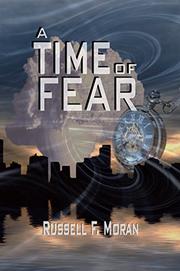 The second volume of Moran’s (The Gray Ship, 2013) Time Magnet series continues the adventures of Jack Thurber, an investigative journalist who has a knack for finding time portals.

Although Thurber has traveled back in time before, he’s still surprised when he steps on a storm grate in an abandoned lot in Manhattan and is jettisoned two years into the future. He finds that the New York City of 2017 is radically different: Police officers are everywhere, and the city has the aura of a Third World dictatorship. He quickly seeks out his best friend, Benjamin “Bennie” Weinberg, a psychiatrist with the New York City Police Department, who’s shocked to see him. Apparently, Thurber is supposed to be dead—killed along with his wife and about 26,000 others when, on Thanksgiving Day, 2015, terrorists detonated five nuclear bombs hidden on five U.S. aircraft carriers. Thurber’s mission is obvious—to find out who was behind the attack, and travel back in time to stop them before they can carry them out—but it may be impossible to accomplish. Nonetheless, with time running out, Thurber and a small group of unlikely heroes set out on a mission to change history. The novel’s character development is one of its undeniable strengths. Moran does an adept job of deepening established characters, such as Thurber, while also introducing intriguing new players; Janice Monahan, the appealing wife of a weapons officer aboard one of the ships, is a particular standout. But despite its breakneck pacing and virtually nonstop action, this installment isn’t as strong as its predecessor. In part, this is due to the fact that the author uses numerous first-person sequences (from the perspective of the five terrorists), which are not only redundant, but also slow down the plot’s momentum and dilute its power. Additionally, the ending is predictable and anticlimactic.

A time-travel adventure with well-developed characters, but more than a few (worm) holes. 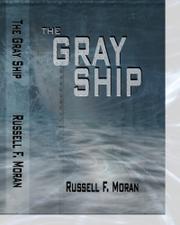 In this stellar time-travel novel, a modern-American nuclear-powered cruiser sails through a time portal and goes back 152 years to the days just before the beginning of the Civil War.

The USS California, under the command of Capt. Ashley Patterson, an African-American woman, is headed toward Charleston, S.C., to participate in a ceremony commemorating the first battle of the Civil War: the bombardment of Fort Sumter on April 12, 1861. But before her ship reaches its destination, the massive cruiser—and its 630 crew members—travels through some sort of temporal wormhole and ends up near the Charleston Harbor in 1861, just hours before the Confederate assault is about to begin. After eventually wrapping her head around the fact that her entire crew has traveled back in time, Patterson realizes that she has some difficult decisions to make: Does she let history repeat itself and focus on trying to find a way back home, or does she use the military superiority of the California—“outfitted with enough fire power to unleash Biblical hell on an enemy”—to help end the war quickly and thus save the approximately 620,000 soldiers who would otherwise die in the next four years? Powered by a cast of well-developed characters—Lincoln and Lee are among the prominently featured historical figures—consistently brisk pacing and a pulse-pounding (albeit slightly predictable) conclusion, the humanist themes of this novel are momentous and just as timely today as they were back in the 1860s. This provocative, intensely powerful novel is a must-read for sci-fi fans and Civil War aficionados, though mainstream fiction readers will find it heart-rending and inspiring as well.

A rare read that’s not only wildly entertaining, but also profoundly moving. 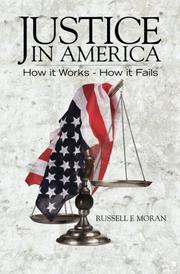 The goddess of justice is blind—and deaf and very often dumb—according to this savvy critique of the American legal system.

Moran, a lawyer, journalist and founding editor of The New York Jury Verdict Reporter, knows firsthand the problems that plague American jurisprudence, and isn’t afraid to point fingers. Topping his rogue’s gallery are “incompetent idiots” on the bench, including justices of the peace who don’t even need a high-school diploma to throw people in jail and trial judges who fall asleep during testimony. (And no, that won’t get your conviction overturned, Moran notes, unless you can prove the judge slept through something important.) Then there are the personal injury lawyers who cast about for deep pockets to sue no matter how dubious the liability, the attorneys who rake in millions from class-action suits that net their “clients” a few dollars each, the jurors—like Moran’s uncle—who base verdicts on off-the-wall theories instead of the evidence, the legislators who craft stupid laws and Supreme Court justices who uphold them based on tortured readings of the Interstate Commerce Clause. (Not always in contempt of court, Moran does allow that, often enough, judges are underpaid and conscientious, lawyers careful and upright and malpractice suits well-founded.) The author sets his indictment against a lucid outline of basic legal concepts and court procedures and nuanced discussions of everything from the propriety of electing judges to the mortgage-foreclosure robo-signing scandals. Moran writes in an entertaining, wised-up style, his punchy prose laced with black humor and an inexhaustible supply of anecdotes. His free-wheeling arguments shade from law into politics and beyond, as he enters a sweeping condemnation of a litigious society bound up in red tape because of liability fears, takes swipes at the New Deal regulatory state and even throws soup at snooty French waiters. It’s a bit over-stuffed, but Moran’s street-cred, irreverent wit and gift for translating legal arcana into laymen’s terms make for a persuasive brief. A lively, brash, illuminating insider’s look at the law, by a compelling expert witness.

If You're Injured - The Consumer Guide to Personal Injury Law

If You're Injured - The Consumer Guide to Personal Injury Law is written by a lawyer, former legal journalist, and former publisher of The New York Jury Verdict Reporter. It's written in a conversational way to help the reader understand the complexities and problems that face a person bringing a personal injury lawsuit. It is not a substitute to hiring an attorney, but a guide to how to find the right one, and how to communicate with the lawyer once you have made a decision. The book's objective is to help you avoid being injured twice.
Published: Aug. 15, 2013
ISBN: B00ELTLVDQ

To start or run a business without a business plan is like taking a ship to sea without plotting a course: either one can end in disaster. The APT Principle: The Business Plan That You Carry in Your Head plots your course for a safe and successful voyage. It is a diagnostic toolbox that enables you to conceive, write, and most important, to stick to a business plan. Too many business owners put off writing a plan because they think the process is too complicated. Even those who have written a plan often file it, never to be seen again. This is the phenomenon of business plan avoidance and it leads to the sorry spectacle of an organization that lurches from one crisis to another. The APT Principle tackles this problem – lack of a plan or ignoring a plan – and inserts into the process the most important missing element: a paperless set of guidelines that you always carry with you – in your head. It is a set of tools that breathes life into your business plan. Conversational in tone and laced with humor, The APT Principle is written by a businessman and lawyer, who has started and sold successful businesses. APT stands for Attitudes, Practices, and Technology. According to Moran, everything - EVERYTHING - that happens to a business, both good and bad, is a function of one of these three things. This inspiring guide will show you the way to convert dreams into goals, and goals into results
Published: July 16, 2012
ISBN: 978-1468010435