Saeed Malik is a semiconductor-executive turned writer. He holds Masters Degrees in Physics and Political Science. Saeed also completed post-graduate studies in Computer Science and then opted to skip graduation to develop an ERP software package. Not quite convinced or content, he wandered into Mysticism and the Holy Quran. Saeed's academic and professional experiences allow him to offer a unique and contemporary perspective on Spirituality.

“Eye-opening in terms of the parity between the Abrahamic faiths, this fine model of scriptural analysis merits study by mystics of any faith.”
– Kirkus Reviews 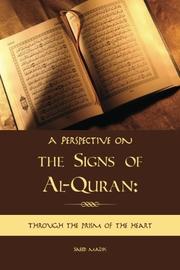 A Perspective on the Signs of Al-Quran

A semiconductors entrepreneur, Malik sees Islam not as a religion but as one path to spirituality—the difference being that any sincere faith leads to God. That reassuring inclusivity enlivens the book, as Malik presents what is unique about Islam but also what links it to other ways to God. For Muslims, the Quran is a living source of wisdom, giving timeless principles for conduct. As such, it is much more than a physical book; rather, it is a “sea of signs” that speaks to all. Arabic is inseparable from the Quran’s beauty, so every quotation is given in both the original Arabic and in an English translation. Malik emphasizes that faith requires resting in uncertainty without abandoning rationality. Submission (the definition of “Islam”) is a way of life that avoids the prison of dogma. “Submission to God (Islam) is not exactly a ‘religion,’ ” Malik says. “It is both less and more.” Indeed, Malik refutes dogmas that have long twisted the Abrahamic faiths: He proposes heaven and hell as states of mind rather than physical locations, and he argues that since Islam respects the sanctity of life, God never supports aggressors. Jihad is primarily a term for Muslims’ struggle against oppression; usually this is an inner battle, but when it does take the form of outward action, it must be motivated by a desire for justice—“Jihad cannot ever be a ‘holy war,’ ” Malik says. A section on Muhammad as a historical figure goes into a level of detail that might not be necessary for a spiritual guidebook, but only occasionally does the mystical tone veer into New Ageism. For the most part, Malik sticks to practical, heartfelt scriptural commentary. One could even imagine the 100 names of Allah (comprising one-third of the text) serving any member of any faith in a devotional context, as a reminder of the often contradictory nature of the divine: both “The Giver of Life” and “The Giver of Death”; “outwardly Manifest” yet “inwardly Hidden.”

A useful, articulate spiritual commentary on the Quran. 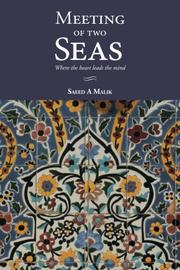 A thorough examination of Chapter 18 of the Quran exemplifies allegorical interpretation and reconciles common dichotomies like heart and mind, science and religion.

“Having lived a life immersed in physical sciences, I now find myself drawn by an irresistible appeal to the mystical shorelines of the hidden sea,” Malik (A Perspective on the Signs of Al-Quran, 2010) writes. Such watery metaphors pervade the author’s language as he expounds on various parables in the Surah Kahf. A central story has Moses—the Quran’s most-mentioned prophet—setting out to find the meeting place of two seas. While this might be a real place, this is also a mystical journey to the union of heart and mind. Moses’ companion on the quest for knowledge, Khidr, impairs a boat, kills a boy, and then—in a sudden merciful turn—repairs a crumbling wall. For Moses, it’s a lesson in unquestioning obedience, even when God’s will doesn’t make sense. As Malik observes, this is like the journey of faith: the big picture is usually hidden from mortals. Another key parable concerns some young men who take refuge inside a cave and, Rip Van Winkle–like, emerge to find that centuries have passed. Malik cleverly links this example of “time dilation” to quantum physics’ concepts of time and space while also invoking metaphors of resurrection. Bypassing the usual quagmire that results when religion tries to disprove science, he instead imagines the two coexisting. Indeed, his modus operandi throughout this learned guide is to seek intersections between two ideas: empirical and subjective; free will and predestination. “To those who have made the plunge” of faith, Malik insists, those seemingly contradictory pairs become a nonissue. The book, written in an inviting first-person plural, makes scholarly comparisons between different translations of the Quran (in italics, with footnote references), accompanied by Arabic script and color images. Erratic hyphenation is a rare stylistic flaw in an otherwise fluid text. Dense with details, this impressive volume rewards a slow, meditative reading.

Eye-opening in terms of the parity between the Abrahamic faiths, this fine model of scriptural analysis merits study by mystics of any faith.