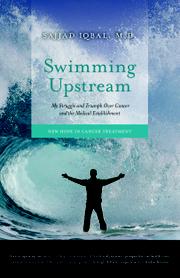 A physician recalls his protracted battle with cancer.

One morning in 2012, debut author Iqbal was yanked out of a peaceful slumber by a lacerating pain below his left ear. Initially, he didn’t think much of it, but then his eye became irritated, and an ophthalmologist noticed that he was also suffering from a touch of facial paralysis. This led the author to make an appointment with a neurologist, who diagnosed him with a less-than-alarming case of Bell’s palsy. Specialists at the New York Eye and Ear Infirmary, he says, recommended a surgical procedure that would have implanted a layer of gold to allow the affected eye to blink. He decided against it, opting instead to have a metal spring inserted to accomplish the same result. However, some facial paralysis persisted; one surgeon even recommended a frighteningly invasive surgery that involved cutting into Iqbal’s skull and shifting his brain within it. But the author knew, as a trained physician, that recurrent attacks of Bell’s palsy are uncommon and that the condition isn’t progressive. He finally decided, after encouraging words from an old friend, to research the issue himself, as he was exasperated by what he interpreted as doctors’ willful blindness. He concluded he had cancer of the parotid gland, and when another physician confirmed his diagnosis, he was almost jubilant: “ ‘Hallelujah!’ I thought, breathing a big sigh of relief.” This memoir is an eye-opening read that is both chilling and informative. Iqbal helpfully discusses not only his medical tribulations, but also his family support system that made his equanimity under pressure possible—especially the influence of his parents. He also includes, at the end of the book, a section that offers medical and practical advice, as well as moral encouragement, to readers who might be wrestling with cancer in their own lives. The book offers not only an arresting remembrance, but also an inspirational one that’s filled with wisdom gained through difficult experience.

A fresh and personal perspective on health care.