Hi, my name is Sandy Mann. I am a single (widowed) mother of 3 teenage children. I lost my husband suddenly in early 2015, and in the aftermath, I decided that in order to live a life I would continue to find meaningful I would have to get out of my own way and start to follow my own dreams. One of those dreams is to write as if I mean it, and to see what comes of it. I write Science Fiction in which real women find themselves in strange worlds. Church of the Rational Atheist is the story of a woman widowed in a future world in which atheism is an organized religion, and The Generous Dead is the story of a girl falling in love just as aliens arrive to shake up the world. Fear of Teleportation, coming soon, will be a re-imagining of motherhood impacted by future technology. I hope that I can make you feel what my characters have felt; and that you will come away thinking about my worlds from time to time. 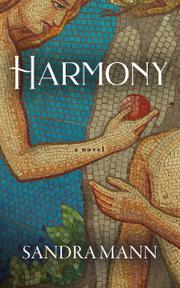 A woman attempts to find meaning in post-divorce life in this satirical, speculative novel.

At age 50, Harmony is feeling self-conscious about being too old, especially after her husband, Garth, leaves her for a younger woman. Though indistinguishable from a human, Harmony is actually a RealGirlz: a synthetic woman who was originally created “with an approximate physical age of sixteen” by a 3-D printer in order to serve as an unpaid sex worker for the Regal Corporation. She was released from that life by court order at age 20, but Garth still throws her sex-worker past at Harmony when he leaves. To add insult to injury, the same day Harmony receives her divorce papers, she also gets a notice about Compassionate Release, the program by which single women over 50 are encouraged to take advantage of an assisted suicide service. After Harmony makes a desperate, flailing pass at Lydia, her trans best friend who was also abandoned by her partner, the two women try to figure out how to proceed in life as middle-aged singles. It’s a world of devious men and frightening statistics. But is happiness really possible for a woman in Harmony’s situation, or should she just accept the sweet embrace of death? Mann’s prose is crisp and clever as she paints a portrait of a future just slightly (and yet believably) advanced from the audience’s present. The premise is rife with humor. When Harmony attends the RealGirlz 50th Birthday Bash, one of her synthetic sisters observes: “We may be 50 biologically, but we’re just 34 chronologically. Have you thought about that?” While the book takes a while to find its voice—the first few chapters are oddly serious for what turns out to be mostly a comedic work—the author has plenty to say about how much society defines women primarily by their relationships with men. (Though there’s always alternate fulfillment: “Living for the children, I suppose,” Harmony’s Compassionate Release rep defines it. “If you have them.”) Even with the speculative elements, Mann hews closely to her characters’ interior lives, giving the story some emotional heft—and readers a lot to think about.

A well-conceived parable of aging and love. 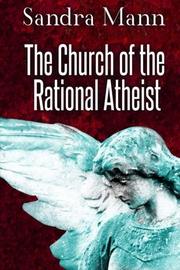 The Church of the Rational Atheist

In Mann’s ( The Generous Dead, 2015) sci-fi novella set in a dystopian future in which atheism has replaced religion as a state-sponsored institution, a young widow threatens to unravel the authority of those beliefs.

After the death of her husband, Alynda undergoes treatment overseen by the Church of the Rational Atheist, where widows and widowers are housed together and counseled on how to move on with their lives. The church also requires its followers to confess thoughts or fantasies that don’t conform to reason. Alynda, who’s hesitant to couple up with a fellow widower as expected and who’s struggling with her own grief, comes under scrutiny by the church; the mysterious Dr. Amador, in particular, is searching for more information about her late husband and his Christian beliefs. Unable to satisfy the doctor’s demands for information, Alynda finds herself institutionalized in a city-sized sanitarium called the Purgatorium. There, she becomes aware of a group that believes aliens live among the human population. She attends the group’s meeting out of pure curiosity, but she soon realizes that their beliefs may be connected to the mysteries surrounding her husband’s death. Overall, the novella presents an intriguing premise. However, it doesn’t fully realize its fictional world. There’s very little description of settings, which deprives the story of not only imagery but also necessary context for the plot. Alynda is a sympathetic, engaging protagonist whose grief provides the author with a unique way of subtly probing the story’s core religious themes. Many of the plot’s elements would be more captivating if they were further fleshed out, but the novella’s lack of elaboration and abbreviated length detract from the tale.

An underdeveloped sci-fi take on religion. 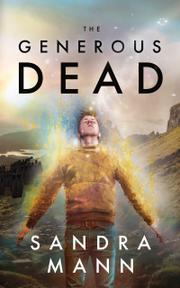 Earth is visited by an alien race with questionable motives in Mann’s sci-fi novella.

Film student Chelsea, a Los Angeles native, is studying abroad in England when aliens contact planet Earth. The interplanetary beings are hairy, horse-faced individuals who speak in elongated trills (the long faces and vocalizations bring about the moniker “Elongi”). Chelsea is astonished by the news of their arrival, but she carries on living life just as everyone else does. She is quite interested in her Japanese friend Hiri, and the two spend romantic evenings together in his luxury condo, feeling they are living in a time of great excitement. After the Elongi land on Earth rather suddenly, they silently roam about, studying the Earth and its occupants, purportedly to rid the planet of all pollution. As it becomes clear that the Elongi’s tactics for cleaning up the environment have consequences more dastardly than some had hoped, Hiri heads home, while Chelsea stays in England. Along with friends, she leaves London for the Midlands, feeling it will be safer. While her journey around the U.K. becomes more complex, the Elongi’s plan for Earth brings about destroyed lives and troubling philosophical and moral questions. Mann’s fairly innovative take on the alien invasion narrative is a frightening one. The Elongi are enigmatic, authoritarian characters whose cryptic communications offer scant details of what is to come. They appear in the background, quietly meandering around, usually leaving people alone. Their power is absolute, however, and Mann is quite good at presenting the story in a direct and unsentimental way, even as Chelsea’s relationship issues carry equal weight with the aliens’ arrival. Chelsea is as in love with England as she is with Hiri, and as a young and hopeful student, she wrestles with questions of love and loss, issues over which she has little control. Some longer sentences don’t quite work, but the memorable story demonstrates how sci-fi can be both chilling and beautiful.

The Lathe of Heaven, by Ursula K. Le Guin

The Church of the Rational Atheist