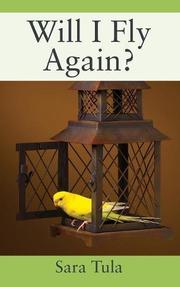 WILL I FLY AGAIN?

An immigrant describes just how difficult attaining the American dream can be in this debut memoir.

When Tula was a young girl in Poland in 1978, she lived on a farm, where the family had very little. So when her Aunt Helen proposed that she come to America and start a new life, Tula agreed. She arrived in Chicago expecting everyone to live in mansions and wear fine clothing every day—but much to her disappointment, her aunt and uncle inhabited a cramped house that left her homesick for Poland. The reality of her family’s American existence was actually marred by credit card debt and constant tension. Her aunt refused to let Tula finish high school and sent her to be a dishwasher instead. During years of backbreaking labor, filled with letters pleading to return home, Tula would eventually come into her own by working various low-paying jobs and meeting a handsome Palestinian immigrant named Mark. After their marriage and the birth of their first child, Matthew, their lives would also be sucked into the black hole of debt and money problems. According to the author, she fought an irresponsible and abusive husband as she continued to try to build a life for herself and her children. “There were days when I didn’t see Mark. Everything depended on me,” Tula writes, capturing the loneliness and burden of such an enormous responsibility. The author rarely shares her thoughts about America itself, keeping the well-crafted narrative strictly confined to her own small, brutal worlds. In both her aunt’s house and at home with her husband, Tula uses small, terse exchanges to deftly illustrate the constant unease. (“His words were icicles,” she writes of one particularly difficult exchange with Mark, “cutting through my heart.”) By the time she met a stable man named Jay, Tula had certainly deserved a bit of happiness, although her complex family and health problems always loomed in the distance. While she ends her story abruptly without much of a conclusion, the author maintains a personal and moving narrative throughout.

By focusing on specific domestic dramas, this account creates a sobering view of how daunting it is to start a new life.

The Best Of Me