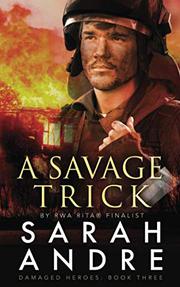 A bitter custody fight leads to an unexpected connection in the third installment of Andre’s (Capturing the Queen, 2017, etc.) romance series.

Lt. Patrick “Trick” Quinn is a respected firefighter in Chicago who’s never lost anyone that he was sent to rescue. He’s seemingly happily married to his wife of nearly 17 years, Eve, with whom he has two young daughters, Amy and Tina. A surprise $4 million lottery win seems to continue his unbroken streak of good fortune. But shortly before their anniversary, Trick is blindsided when Eve gets a restraining order against him, alleging that he abused her and their daughters. Desperate to clear his name, Trick agrees to monitored visits with his daughters, supervised by social worker Zamira Bey. A dedicated professional and a devout Muslim, Zamira is torn between her family’s wish that she marry the assistant to the imam at their mosque and her own interest in pursuing an independent life, like her sister, Shadi. Initially, Zamira is skeptical of Trick’s insistence that he never hurt his family, but eventually, she begins to believe him. Meanwhile, the city is rocked by a series of terrorist bombings linked to Islamic extremism. As Zamira tries to help Trick prove his innocence, they discover that they share a deep, profound emotional bond. However, a mysterious fire and an ominous new danger threaten to permanently separate them. Andre’s latest book offers fast-paced romantic suspense with well-developed characters and a multilayered, nuanced plot with a poignant love story at its center. The personal journeys of Trick and Zamira anchor Andre’s sprawling narrative, and their relationship develops slowly and methodically in scenes marked by introspective conversations, such as one about the importance of religion in their lives. The novel opens with the charges that alter Trick’s life, and Andre skillfully uses flashbacks to trace the history of Trick’s relationship with Eve and the sequence of events that led to the accusations. Along the way, the narrative deftly and satisfyingly moves between Trick’s fight to clear his name and the investigation into the terrorist bombings.

A thoughtful and sensitive romance that makes for a dynamic series installment. 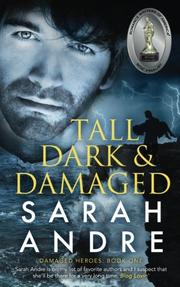 A successful businessman uncovers dangerous family secrets and a long-lost love in this latest novel from Andre (Locked, Loaded, & Lying, 2015).

Devon Ashby grows up in Chicago, the eldest son of a prominent but emotionally distant businessman, Harrison Wickham. When Devon is 9, he discovers the body of his mother. Her death is ruled a suicide, but he’s convinced she was murdered. Determined to establish his own identity, he leaves home at 18 with $53 and bus tickets for himself and his high school sweetheart, Hannah Moore. Their intense relationship is the lifeline both need to cope with difficult families. He is devastated when Hannah chooses to stay to care for her dying mother. Twelve years later, Devon returns to make peace with Harrison and collect his trust fund. He discovers a family in shambles and the estate damaged by a mysterious fire. He’s shocked to discover Hannah’s company has been hired to restore the Wickham art collection. Their reunion sparks a long, simmering attraction that’s complicated by his company’s plans to tear down her apartment building. But when a second death occurs in the Wickham family home, Devon must face the ghosts of the past to protect himself and Hannah. Andre’s novel offers appealing lead characters and tightly plotted romantic suspense. Tall, dark, and devastatingly handsome, Devon could easily turn into a caricature of his ruthless and calculating father; however, carefully integrated flashbacks reveal the pain and heartbreak that drive his motivation to succeed in business and life. He meets his match in Hannah, a young woman with an equally tragic family background determined to build her own business and care for her elderly aunt. Their renewed attraction is instant but fraught with complications, including his development plan for Hannah’s neighborhood and engagement to another woman. Although their romance forms the cornerstone of Andre’s narrative, additional storylines involving the fire at the Wickham estate and Harrison’s sudden engagement to a mysterious woman are also well-developed despite a climax that’s slightly over the top.

"The Alice Network" by Kate Quinn

'"We always think there's enough time to do things with other people. Time to say things to them. And then something happens and then we stand there holding on to words like 'if.'" Fredrik Backman, "A Man Called Ove"

Restoration artist Sean Quinn is perfectly content spending his downtime devouring classical literature, while keeping his OCD and fourth-degree black belt under wraps. But when his FBI agent brother coerces him into investigating stolen artifacts, Sean becomes the target of a ruthless smuggling ring that funds terrorists. Gretch Allen, a beautiful man-magnet, hides a world of hurt under her icy exterior. When Sean rescues her from a stalker, she discovers her co-worker has an alpha-hot fire burning beneath his geeky exterior. As barriers between them begin crumbling, however, she accidentally places herself in much more extremist danger. Unable to stop the unraveling events from turning deadly, Sean must conjure his inner hero to save his city and capture the heart of the queen.
Published: June 13, 2017
ISBN: 978-1-946319-00-2