Scott Douglas Prill was born in Iowa and received a M.S. degree in Environmental Engineering from the University of Iowa in 1977. His subsequent career choices have reflected a strong interest in natural resources. Since graduating, Scott has held positions as a limnologist and environmental consultant. He also has a M.B.A. and is a Certified Hazardous Materials Manager. For the previous twenty-six years, Scott has been an in-house environmental consultant for the law firm of Reinhart Boerner Van Deuren s.c. in Milwaukee, Wisconsin. Scott resides in Bayside, Wisconsin, with his wife, Marcie. He enjoys spending time with their three adult children and writing. Into the Realm of Time is Scott's debut novel.

“A Roman general’s fate intersects with those of a disparate group of soldiers, clergy, and royalty in Prill’s debut. A satisfying historical novel with richly drawn characters and vivid settings.”
– Kirkus Reviews 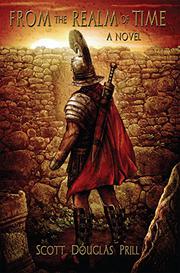 FROM THE REALM OF TIME

Political turmoil and religious strife complicate a Roman general’s plans for retirement in this sequel.

In the fourth century, Gen. Marcus Augustus Valerias is a legend, a savvy military strategist who demands nothing less from his men than loyalty to him and the Roman Empire. His defeat of the Huns at the Battle of Three Tongues cemented his reputation. He is also a loving husband to Claire, a former queen of Britannia, and stepfather to her daughters, Anne and Elizabeth. At age 55, he moves with his family to an estate near Milan; but he dreads growing older and worries he may become a burden to Claire. Hoping to lift her husband’s spirits, she arranges a reunion with his trusted friend Bukarma. They open a training facility at the villa, but their attention soon turns toward religious and political discord. Valerias’ friend Joseph, a Christian bishop, is targeted by a priest intent on purging his village of anyone he believes is guilty of heresy. Then a new crisis emerges when Valerias learns the Saxons plan to invade Britannia. He fights to save the kingdom only to face an enemy more dangerous than he ever imagined. Prill’s (Into the Realm of Time, 2015) novel seamlessly continues Valerias’ journey, strengthening his relationships with his family and friends while introducing dynamic new characters. Valerias is a man reckoning with his mortality and place in history, and this struggle is an undercurrent running throughout the narrative. A pivotal supporting character in Into the Realm of Time, Claire emerges here as a central figure as her desire to reunite with her son, Douglas, is complicated by a treacherous scheme by a usurper queen to consolidate her power over Britannia. Prill’s lucid and compelling prose style weaves together storylines involving the various players in this ambitious tale. Newcomers to the series may want to start with the first book; but new readers and fans should find references to Valerias’ backstory and the full cast helpful.

A rousing and captivating epic that should satisfy fans of historical fiction. 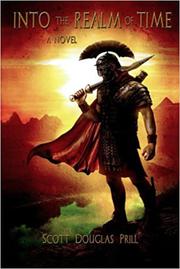 Into the Realm of Time

A Roman general’s fate intersects with those of a disparate group of soldiers, clergy, and royalty in Prill’s debut.

In the year 372, Gen. Marcus Augustus Valerias leads his men with an iron fist and an unwavering loyalty to the Roman Empire. He relies on a small, devoted inner circle to help him maintain order over his men. They include his second- and third-in-command, Braxus and Cratus, respectively; his bodyguard, Bukarma; intelligence officer Revious; physician Olivertos; and chief administrator Jacob. When soldiers capture a Christian priest named Joseph along with a renegade band of Goths, Jacob’s surprise intervention spares him from Valerias’ brand of justice. Eventually, Joseph becomes an assistant to both Jacob and Olivertos, impressing Valerias with his skill and ability to learn new tasks. After Jacob’s death, Valerias contemplates his life and storied military career and comes to a pivotal decision. At the age of 45, having spent more than 30 years in the army, he’s ready to retire to Britannia; however, his retirement won’t be as simple as turning control of his army over to Braxus and Cratus. Valerias’ destiny becomes intertwined with those of Joseph; Claire, a widowed queen fleeing an arranged marriage; and Huns Uldric and Rao, fraternal twins whose ambitions seem limitless. Epic in scope, Prill’s expansive narrative boasts a large cast of characters whose lives connect at several different junctures in the story. The chief protagonist, Valerias, is a dynamic, forceful figure whose journey gives the narrative weight and gravitas. He finds an ideal complement in Claire, a loyal queen committed to protecting her children from the man who caused the death of her husband. The supporting characters are equally well-developed—particularly Joseph, a one-time food merchant and physician who finds strength and purpose in his Christian faith. The narrative is long, but Prill’s sturdy, workmanlike prose is sharp, and the story moves at a brisk pace. The detailed settings add another strong dimension to the novel, giving life and vitality to both the Roman Empire and Britannia.

“Reflect upon the rapidity with which all that exists and coming to be is swept past us and disappears from sight.” — Emperor Marcus Aurelius, taken from How Rome Fell by Adrian Goldsworthy

As a congential heart disease survivor, to enjoy every day of life