Scott Grant draws from extensive military experience to weave historical fiction into nail biting action-thriller stories. He fortifies his characters with lessons handed down through the ages from the Greek classics. Pathos, Ethos and Eros are all summoned from Greek tragedies to influence his stories and help the reader draw comparisons with the main character. Scott believes that a great story tells itself. History offers a perfect backdrop while the passions of the characters provide the heartbeat and the pulse of the story. History establishes the parameters. Stray too far in any direction and risk losing credibility. How the characters react to their fateful circumstances measures either the depth, or shallowness of who they are. As an N.D.E. survivor Scott is deeply interested in hearing about the N.D.E. of others and is very grateful to have shed the anxieties that burden many who still struggle with existential issues. Scott has tended to write action thrillers but intends to explore other genre's and let his stories lead the way.

“Grant impressively details conditions at the concentration camps and the eugenics labs, painting a true portrait of what was happening in the conquered territories. While making clear the pain these victims experience, Grant artfully gives faces to the depraved victims of the Nazi juggernaut fueled by a madman’s dream. A meticulous, sometimes-brutal look back at a terrible time.”
– Kirkus Reviews 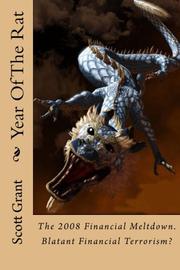 YEAR OF THE RAT

In this sequel to East of Egypt (2009), the author literally resurrects David Anderson, a longtime Special Forces operative and financial wizard. David had been left for dead by a CIA assassin after his mentor, Bill Murphy, and his lover Srey An were killed in the same duplicitous mission. A cardiac surgeon–turned-monk saves David’s life. The monk’s brother is Gen. Zhao, an ambitious military leader in China. Zhao takes advantage of David’s thirst for revenge and unique skill set to inflict fiscal ruin not only on the CIA, but also the United States itself, which the general blames for the death of his son. After Zhao uses—then kills—David’s contacts in this venture, the protagonist vows vengeance. As he explains to Ming Li, Zhao’s former aide and David’s new lover, the general remains a meticulous adversary: “Zhao kills as though he is moving chess pieces and eliminating people is of no greater consequence than removing chess pieces that threaten his King.” Initially, David gets assistance from the Americans and the Russians, but changing leadership results in them pursuing the hero as well. Still, David uses his brains, muscle, and drive as he attempts to complete his operation. In his narrative, Grant (The Lebensborn Experiment, 2011, etc.) makes effective use of regulatory loopholes in the mid-2000s that allow Zhao to rain monetary havoc on America. The taut thriller is almost a cautionary tale for today’s less-regulated economy. In this second volume of the series, David continues his evolution, as his two lovers have introduced him to Buddhism’s tenets, some of which, especially karma, he takes to heart. This spiritual turn raises the question of what’s next for a man who has been so immersed in violence for much of his adult life. One of the story’s drawbacks is that Zhao and, to a lesser degree, the Russian intelligence chief, Dmitri Vasiliev, are rather one-dimensional. In addition, in David’s brutal world, intriguing characters fall way too quickly. But the author has shown the ability to create believable new players to populate his series. So it’s a safe bet that Grant will forge a strong cast for his next installment. 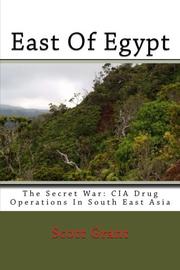 One of America’s supposed secrets becomes the backdrop of this thriller.

It has long been rumored that the CIA used raw opium to finance covert operations against the North Vietnamese during the Vietnam War. In this tale, the CIA recruits botanist Bill Murphy, just out of college, to help the agency produce opium in the area of Southeast Asia known as the “Golden Triangle.” When the policy of Vietnamization catches Bill by surprise, he gets rescued by Special Ops soldier David Anderson, the man who will become his partner for life. After the CIA leaves Bill high and dry a second time, in Afghanistan, he and David become “producers,” converting the raw opium into 99 percent pure China White heroin, which they supply to the triad network in Hong Kong, to be distributed worldwide. Bill handles the product while David takes care of the finances. But after a time, it becomes obvious that someone in the triad wants to displace them from the supply chain. The pair ends up on the radar of the U.S. military’s drug-eradication mission as well. The two decide to strike back after friends and loved ones are killed. They pit the triad and the military against each other and escape. But their plan to sail off into the sunset on their superyacht fails because there are too many people who still want them dead. As David tells Bill: “Every time we relax and start to feel normal, we will constantly be looking at our sixes, because they will always be one step behind us and forever in our shit.” So they undertake one last mission. Grant (Mahdi, 2016, etc.) impressively brings readers inside a dark, dirty world of drugs and money. The author has created likable antiheroes in Bill and David, who belatedly grow consciences. The danger-packed novel is well-researched with plenty of details, especially about the military gear being employed. One drawback is the book could have used more thorough editing, with capitalization and punctuation errors throughout inhibiting the generally smooth-flowing narrative (for example, “He loved anything related to plant life was already accustomed to the humidity in Michigan and he didn’t ask a lot of questions”). But overall, this is an absorbing, heart-wrenching tale.

An engrossing look at two morally ambivalent men confronting foes who are greedier and deadlier than they are. 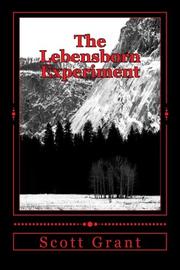 Grant (Year of the Rat, 2011, etc.) weaves a well-researched, fictionalized account of what it was like being a victim of Hitler’s eugenics campaign.

This novel focuses on Finnish twins Kaarle and Laila Tuuri, whose mother, Aamu, dies during their birth. With their fair skin, blond hair, and blue eyes, the twins are visions of Aryan perfection. Their father, Ahti, has no idea how to raise a girl, so he sends Laila off to live with her aunt in Norway. Her father has Kaarle trained to become one of Finland’s famed ski soldiers, and he spends much of the war harassing first the Russians, then the Germans. Laila isn’t as lucky: she gets captured by the Nazis and is chosen as a guinea pig for Mengele’s eugenics experiments. Throughout the novel, Kaarle seeks to recover his extended family while lending his military expertise to the fight against the Axis, wherever they may be. Grant impressively details conditions at the concentration camps and the eugenics labs, painting a true portrait of what was happening in the conquered territories: “Now that Nordic populations have fallen before the SS,” a Norwegian geneticist muses, “Lebensborn can emerge as an involuntary assembly line until the Aryan empire is complete.” The big blocks of text are sometimes tough to navigate, but the narrative doesn’t overwhelm readers with technical descriptions. While making clear the pain these victims experience, Grant artfully gives faces to the depraved victims of the Nazi juggernaut fueled by a madman’s dream. As a rabbi in a concentration camp explains, “In a mere month you will see brothers and sisters agreeing to become spies against each other for an extra ladle of soup each day.”

A meticulous, sometimes-brutal look back at a terrible time.