S.E. Sasaki - writer, scientist, doctor, visual artist - has a Bachelor of Science in Biology, a Master of Science in Neurophysiology, and a medical degree. After practising family medicine in a rural town for over twenty years, she made the move to the operating room, where she now works as a surgical assistant. She has published in The Journal of Cell Biology and Brain Research. She has presented literary papers at the International Conference on the Fantastic in the Arts and she has exhibited her award-winning art at the World Fantasy Convention and Ad Astra conventions. Her science fiction novel, Welcome to the Madhouse, was short-listed for a Watty Award for Best Original Novel in the Science Fiction/Fantasy category for 2013. It is the first of a five novel series devoted to the adventures and ordeals of working on a medical station in space.

“A layered debut that sings odes to the grandmasters of sci-fi.”
– Kirkus Reviews 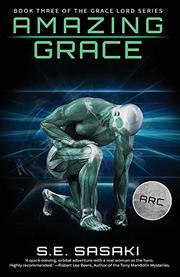 This third volume of a space station series reinvigorates a familiar villain and introduces new allies.

The medical space station Nelson Mandela serves the Union of Solar Systems by repairing and upgrading soldiers who have animal adaptations. After once again halting the deranged plans of Dr. Jeffrey Nestor, Dr. Grace Lord and the handsome, devoted android Bud no doubt deserve room to develop their friendship. Grace’s boss, the indefatigable Dr. Hiro Al-Fadi, believes otherwise and demands that she not encourage Bud’s romantic leanings. Elsewhere on the station, the sentient Plant Thing that’s merged with Dr. Eric Glasgow begins experimenting on its own by creating Little Bud, a humanoid plant capable of walking the corridors and shocking Nelson Mandela’s already colorful denizens. Dr. Mikhail Lewandowski, meanwhile, needs to examine Hiro’s mind for any lingering posthypnotic suggestions of violence from Nestor, creator of mind-link therapy. A more direct threat is the ship Inferno, captained by the suspiciously monikered Danté Alighieri, who wants to dock with the station and bring aboard six crew members suffering from a mysterious virus. And if Grace’s life wasn’t complicated enough, she stumbles across an injured man in stasis named Alexander Grayson Lord. Will she be able to focus on saving lives when an explosion strikes the Nelson Mandela? Sasaki’s (Bud by the Grace of God, 2016, etc.) third installment of the Grace Lord series, with its large and varied cast, hits many of the high notes from the previous volumes. But this time, a series of vicious murders overshadows the scientific aspects of the narrative, creating more of a thriller atmosphere. Plant Thing proves an indelible character through whom the author explores how something or someone’s appearance skews perceptions of the entity’s essential being. The relationship between two tiger-adapted Marines, Capt. Damien Lamont and Cpl. Delia Chase, is bittersweet and grounded by dramatic war visuals (“Black shrapnel and ash were raining down, a dark contrast to the brilliant electric streaks of deadly laser fire”). Though Sasaki revisits numerous motifs, she pumps such joy and energy into her world that it’s impossible to fly past without visiting. 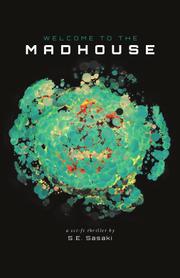 Welcome to the Madhouse

In this debut sci-fi thriller, a young doctor adjusts to life on a space station filled with androids and “animal-adapted” humans.

Lt. Dr. Grace Alexandra Lord just arrived on the space station Nelson Mandela. At this station, soldiers who have been genetically altered with animal upgrades return from throughout the Union of Solar Systems for mental and physical recovery. Grace quickly impresses her superior, Dr. Hiro Al-Fadi, by helping subdue a rampaging “gorilla-adapted” soldier. Grace also meets anesthetist Dr. Dejan Cech and android SAMM-E 777—who looks more human than most of those on the station. When a tiger patient suddenly scratches Grace, she learns that the soldiers still retain their animal instincts. This prompts the watchful SAMM-E 777 to become possessive of the enchanting doctor and give himself several upgrades to better protect her. Grace, meanwhile, keeps bumping into the gorgeous Dr. Jeffrey Nestor, to whom she has trouble committing. Later, the doctors discuss the possibility of recording their minds with new technology called memprints, which can be transferred into fresh bodies upon the original’s death—a great option to have, especially when a mysterious virus begins melting victims. Debut author Sasaki draws exuberantly on the oeuvres of classic sci-fi authors Asimov, Herbert, and Clarke, remixing familiar concepts to lively effect. Jolly personalities rule most scenes, like the salacious Dr. Hiro, who tells Grace, “If you have problems dealing with your attraction to me...I can suggest a good therapist.” Sasaki also addresses big ideas philosophically, like the possible problems of one mind using up multiple bodies: “Would the human race become stagnant, because the older generations refused to pass on?” When the crisis hits, engaging science is explained well, like the virus’ “ability to stack up and form an enormous, insoluble protein that can affect brain cell function.” Most fascinating, however, is SAMM-E 777’s slow realization that he loves Grace, which makes him a better individual. A wily villain leaves room for a sequel.

A layered debut that sings odes to the grandmasters of sci-fi. 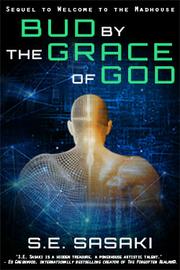 Bud by the Grace of God

This second volume in Sasaki’s (Welcome to the Madhouse, 2015) Grace Lord series finds the surgeon confronting a strange new intelligence and an old nemesis.

Following the defeat of a deadly virus in the first installment, Grace continues to serve on the medical space station Nelson Mandela, attending to soldiers of the Union of Solar Systems. As a normal routine returns to the lives of Dr. Hiro Al-Fadi (Grace’s boss) and Bud (a singularly capable and handsome android devoted to her), the station receives a visit from famous vid star and director Jude Luis Stefansson. When Grace meets Jude, she learns that he isn’t heroically gorgeous like his fictional creation, Jazz Hazard, but rather a regular, middle-aged man. Jude is at the station because he’s heard of a process by which the mind can be transferred to a robust, new android body. The staff informs him that the experimental technology is not for private use, for any price. Elsewhere, a ghostly presence stalks the station’s corridors, undetectable by the artificial intelligence running the Nelson Mandela. When a murder occurs outside the armory, thoughts turn to the vile Dr. Jeffrey Nestor, who’s sworn revenge on Grace and Bud for their roles in thwarting him during the viral outbreak. For this sci-fi sequel, Sasaki returns with all the winning elements that fans of Star Trek and Isaac Asimov should love, including a large, snarky cast; a robot conflicted by his burgeoning humanity; and animal-adapted soldiers (treated by the station’s dedicated doctors). Sasaki once more explores the ethics of sentient robots and expanded human consciousness in lines like “Does your android, who feels, thinks, remembers just like you, have any rights at all?” The author also treats lovers of sci-fi horror to a brief splatterfest reminiscent of the film Alien but ultimately introduces a new intelligence to the cast. Throughout, Sasaki displays a propulsive inventiveness as she weaves grand ideas with humor and soul.

Both a paean to the sci-fi genre and a captivating return to a space station in a complex universe.

This bud of love, by summer's ripening breath, may prove a beauteous flower when next we meet.

Creators of the deadly virus that could destroy all organic life seek revenge on the Nelson Mandela Medical Space Station for counteracting the biological weapon and saving humankind. An EMP disables all the robots and androids on the Nelson Mandela but for Bud and he and Grace must save the station and everyone on it.

Bud by the Grace of God

There is a 'ghost' on the Nelson Mandela Medical Space Station stealing weapons, setting off bombs, murdering people. Dr. Al-Fadi is kidnapped and Grace disappears. Bud must race to save the doctors and the space station before it self-destructs.

Two children - possessed of special powers - have their mother stolen by marauders who destroy their village. Joined by a mysterious stranger, they must battle warriors and deadly creatures in their quest to find her.

The children awaken dragons hidden in a deep cavern within a mountain passage. The dragons, called The Forgotten, aid the children in their journey but are not of the world they now encounter.

The marauders from another world seek to destroy the city where the children have journeyed in search of their mother. In the war that results in the deaths of the Chosen, the dragons are awakened and deliver harsh retribution.

An alien presence is unknowingly brought to the Nelson Mandela Medical Space Station by a Planetary Explorer and much of the station is reduced to ruins as Bud battles the powerful creature. Grace risks her life to save Bud from destruction.