Dedicated to helping people become their best selves, Shawn has risen from the ravages of childhood abuse and trauma, weathered the storm of post-traumatic stress disorder, overcome substance addiction and the stigma of HIV, and mustered the wherewithal to tell his personal story with unvarnished truth, raw vulnerability, and stunning candor.

“An affecting tale of triumph over brutal debasement.”
– Kirkus Reviews 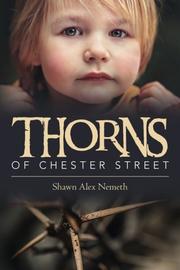 A debut memoir chronicles a man’s struggle with his sexual identity and the ghastly abuse he suffered as a child.

Nemeth was born in a small town in Ohio in 1969, and starting at an early age, he suffered withering mistreatment. His book portrays his mother as an irresponsible alcoholic largely indifferent to his happiness, and his stepfather, Jed, as terrifyingly mercurial, by turns cruelly violent or sulkily detached. According to the author, Nemeth’s biological father also took pleasure in the infliction of fear, and tortured the boy for the sake of his own cruel delight. And, Nemeth charges, Jed’s brother, Owen, sexually abused both the author and his half sister, Hailey, transgressions appallingly tolerated by the children’s custodians. In addition, the author wrestled with his attraction to boys, feelings that caused him a profound sense of shame and which he could confide to no one. Nemeth found some solace in his spirituality—he started attending church on his own at the age of 7, and his faith in Jesus was lovingly nurtured by his grandmother. He combined that source of strength with a passion for music—he attended a high school in Ohio with an excellent music and theater program, and studied vocal performance in college. He was eventually ordained a minister and toured the world as the director of a musically charged ministry. But Nemeth’s childhood trauma haunted him, as did his unresolved sexuality—he remained so conflicted he married a woman to whom he had no physical attraction. He struggled with drugs and alcohol, and contracted HIV from someone he believes knowingly infected him. The author’s remembrance is disarmingly forthright, a courageous confessional that is moving for its honesty alone. His prose is effortlessly limpid, though the story isn’t always told in in an unambiguously linear fashion, and the sequences of events can be a touch confusing. The dramatic culmination of the recollection is Nemeth’s forgiveness of his tormentors, a profound lesson in the transcendence of past pain (“Forgiveness is the healing ointment to the aching wounds of disappointment; the key that unlocks the prison door of anger. Forgiveness is the medicine that cleanses the soul from the poisonous toxicity of bitterness and resentment”). Furthermore, he furnishes an important meditation on the reconciliation of homosexuality and Christian life.

An affecting tale of triumph over brutal debasement.

“I think of my life as a kind of music, not always good music but still having form and melody.”—East of Eden (Jessica H.)