Stephanie Kane is a lawyer and award-winning author of four crime novels. Born in Brooklyn, she came to Colorado as a freshman at CU. She owned and ran a karate studio in Boulder and is a second-degree black belt. After graduating from law school, she was a corporate partner at a top Denver law firm before becoming a criminal defense attorney. She has lectured on money laundering and white collar crime in Eastern Europe, and given workshops throughout the country on writing technique. She lives in Denver with her husband and two black cats.

““An artistic thriller that will keep readers guessing.””
– Kirkus Reviews 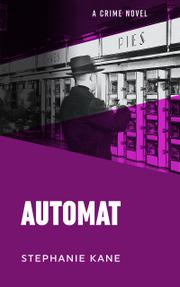 Lily Sparks is back in this latest mystery installment, tracking down a killer inspired by Edward Hopper’s paintings.

Ex-attorney Lily is the conservator of paintings at the Denver Art Museum, which is gearing up for a major Hopper exhibit. To gin up excitement before the opening, the museum staff plans a series of tableaux vivants of selected paintings at venues around the city, but with a twist: The static scenes with actors will each transform into a short playlet in the spirit of the painting. The first, “Automat,” is a great success—until Lily finds the actor backstage with her throat cut. Who did it? And should the three remaining tableaux still go on? Lily wants to cancel them but she’s overruled, which means that each one will be an invitation for the murderer to strike again. As Lily tries to narrow down the possible suspects, she also tries to get her erstwhile boyfriend, FBI agent Paul Reilly, to come back to Denver from Washington, D.C.—and hopefully, back into her life. Soon, another actor is killed, and one of Lily’s friends gets pushed in front of a car. For the final tableau, Lily makes herself the bait, leading to a tense climax and a conclusion that’s a bit far-fetched but certainly apt. Kane knows how to build suspense, and she’s adept at scattering red herrings throughout the narrative. This new outing is very similar to her previous book, A Perfect Eye (2019), in some ways; it not only features the same cast of characters, but also portrays a sick villain who’s drawn to the works of a particular painter, and it reuses the shtick of occasionally providing the killer’s interior monologues. That said, the latter device is still chilling, and it still works. Readers may also learn a lot about Hopper, as well—a contained man whose paintings speak volumes about solitude and, often, desperation. Over the course of this book, those paintings are shown to be as much an intellectual as an aesthetic experience.

Kane delivers yet again for fans of fine art and whodunits. 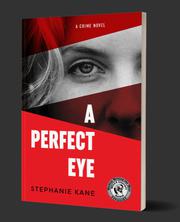 A whodunit features a homicidal painter in present-day Denver.

Lily Sparks, once a lawyer, has reinvented herself as the conservator of paintings at the Denver Art Museum, where she is renowned for being able to spot a forgery. George Kurtz, a very wealthy patron of the museum, has been brutally murdered, his corpse arranged in a sick homage to impressionist Gustave Caillebotte’s Fields of the Gennevilliers Plain, No. Seven. Enter hunky FBI agent Paul Riley. He and Lily were lovers a decade ago, and the flame still burns. Then there are Lily’s assistant, Amy; Lily’s professional rival, Gina Wheelock; Dave Byers, an experienced docent; and Nick Lang, whom everyone is a bit suspicious of, but that doesn’t stop Lily from sleeping with him. Throw in Lily’s widowed father, Harry Sparks, and that about rounds out the important cast. Kane (Seeds of Doubt, 2004, etc.) is an experienced—and lauded—thriller writer, and it shows. Her bad guy truly is a sicko. Some chilling chapters are told from the killer’s point of view, but of course he is not identified—not an original ploy but effective. So the drama builds, along with Lily’s and Paul’s tortured feelings for each other and their requisite misunderstandings. Has Paul sold out? Why is Nick so cagey? How many people hated Kurtz, and why? There is some clever misdirection in these pages. As a bonus, the audience gets quite an introduction to art appreciation, particularly from a conservator’s point of view. Add in the traditional scary chases toward the end—Lily becoming cornered, fighting an unknown assailant in the dark, and feeling unsure whom to trust—and readers have a truly classic thriller. An added, traditional fillip is that the killer has many more on his list, supercharging the race against time. How satisfying is the final reveal? Well, that will be up to each reader.

An artistic thriller that will keep readers guessing and please the author’s fans. 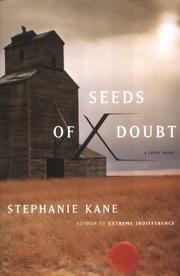 Rachel Boyd has just finished doing 30 years for killing Freddie Gant in Vivian, Colorado, when he was 4 and she was only 12. No sooner is she released and gone to stay with her banker brother Christopher in Denver than another child disappears: Chris’s gardener’s son Benjamin Sparks, 6, who promptly turns up as dead as little Freddie. Things look so bad for Rachel, an ex-con who showed no remorse for her earlier crime or even admitted she’d done it, that Chris insists Jackie defend her and shoves a pot of money at her to get her interest. And she’ll need all the incentive she can get because everyone around her, from her investigator to her next-door neighbors to her ex-lover, attorney Dennis Ross, is agog that she’s agreed to take Rachel in as a houseguest when she’s released on her own recognizance because they all assume Rachel’s guilty. And why shouldn’t they? The postmortem exam shows that Ben was wounded in a pattern eerily similar to Freddie, presumably with a weapon that hasn’t been found for 30 years. Both Lee Simms, the tabloid journalist who rode the earlier case to brief glory, and Trina Maune, Rachel’s grade-school cohort and confidante, who make the trip from Vivian to Denver, and from past to present, ostensibly to help Jackie defend Rachel turn out to have agendas of their own. And of course she has to fight tooth and nail for every inch of pretrial courtroom turf.

Despite her best efforts, Kane doesn’t give her smart, sorely beset heroine anything like the personal stake in this case that she had in her debut (Extreme Indifference, 2003). Instead, Jackie seems intent on building a client base consisting entirely of the most despised people in Colorado. 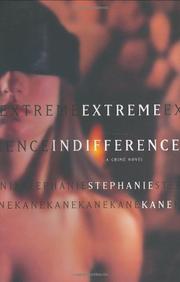 Sturdy intrigue in and out of court with an especially sharp eye for the riptides of power running just beneath the legal quiddities.

Colorado Bookshelf: A Perfect Eye, 2019 In 1973, My Fiance's Mother was Murdered by Her Husband, 2019 Author Stephanie Kane Has a Perfect Eye for Murder, 2019 Life Into Fiction: Turning a True Event Into a Compelling Story, 2019

Cold, hard evidence—a prosecutor's dream, a defense attorney's nightmare Criminal defense lawyer Jackie Flowers got what she wished for...a high-profile murder case. While defending entrepreneur Aaron Best in the grisly slaying of a millionaire's trophy wife, Jackie turns FBI profiling upside down and uncovers a string of killings that could either free or hang her client. But Jackie has one big secret of her own—and it might make her the killer's next target.Someone is stalking women along the Rocky Mountain Front Range, and posing their beheaded bodies in bizarre ways. Will Jackie's unique courtroom talents enable her to strip away the killer's facade—or will her own blind spot expose her? Either way could lead a murderer straight to her door.
Published: Dec. 10, 2008
ISBN: 978-0553763461

Cold Case Story is based on the brutal murder of a housewife in the Denver suburbs in 1973. A college student back then, Stephanie Kane was more than a witness to this terrible crime. For nearly thirty years, she remained silent. Then, in 2001, she tried to exorcise the crime by fictionalizing it in a mystery novel called Quiet Time. But instead of laying the murder to rest, Quiet Time brought it roaring back to life. Cold Case Story is about a family that fractured along the fault lines of a murder. It's about fiction colliding with a cold hard crime, and the very personal story of how it feels to ping-pong between participant and observer, novelist and witness to one's own uneasy set of facts. In the end, all are punished--even the guilty.

It’s when you’re too afraid to make a sound... Inside his picture-perfect home, Warren Scott runs a tight ship. He demands total respect from his family. He’ll accept nothing less. The Scotts are quiet, they keep to themselves — and to the neighbors, they seem like any other family. Then the Scotts’ facade shatters one sun-drenched morning in May. Sari Siegel is engaged to Tim Scott when his mother is found murdered. Sari barely knows the Scotts, but even she can sense the terrible secrets that seethe below the surface. Sari knows something about Peggy’s murder, but she isn’t telling ... at least not yet. For if she does, her own dreams of a perfect life with Tim will shatter. There are some family traditions no one wants to keep.
Published: Oct. 2, 2001
ISBN: 9780553581744