'Chasing Squirrels in Retrospect' is semi-autobiographical, which is quite embarrassing really - if you've read the book then you'll understand.

Born in 1979, Stephanie Lawless is originally from Widnes in North West England but now lives on her own in Northamptonshire. As with the character Georgia in the book, she is short, sarcastic and really rather loud. She is a dual-national (her Dad is English and her Mum is American), has two small tattoos and can't abide raisins. So that's nice.

Stephanie has grown up writing and is known for providing an (often ridiculous) poem for every occasion. The main focus of her writing is to make the reader smile and laugh, whilst delivering a positive message. She has been single since the dawn of time (give or take), and is quite vexed about it. With a genuinely kind and sensitive heart and fastidious nature, Stephanie loves nature and is an ambassador of the importance of manners to her young nephews. She's quite annoying.

Since May 2010 Stephanie has worked as Community Fundraising Manager for the charity Dogs for Good (previously Dogs for the Disabled) in Banbury, Oxfordshire, and manages a team of six regional fundraisers. Aside from being an excellent charity, Dogs for Good provides additional perks such as office dogs, the chance to play with puppies, and the real chance to make a difference to the lives of some incredible and inspiring people. Previously Stephanie worked for four years at Diabetes UK in Warrington, Cheshire. Much of the work-related incidents in the book are true, although she wasn't actually attacked by a swan during the Great North Swim.

Stephanie has a 2:1 BSc (Hons) degree in Business and Management, and in early 2016 Stephanie graduated with a Charities MSc in Voluntary Sector Management, based at Cass Business School in London. This part-time course proved to be a bit of a kerfuffle and she has vowed never to undertake any further education again whilst working full-time. What a ridiculous idea.

“This novel is apparently inspired by the chick-lit genre, but it’s heavier on humor and lighter on drinking and promiscuity. Georgia’s story, told in the first person, is almost always humorous, except when circumstances turn heartbreaking”
– Kirkus Reviews 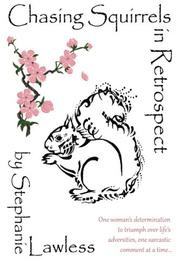 Lawless delivers a debut novel about a 20-something fundraising professional dealing with upheavals in her personal life.

Georgia Leonard, who lives in the English village of Lymm, is fairly satisfied with her life: her fundraising job is generally pleasant, despite the occasional nut cases she encounters, such as an office manager who “wanted to know what I was up to at all times.” She’s genuinely fond of her family, although her parents and brother are on the other side of the Atlantic and her sister’s a few hours away. She also has devoted friends; an adored, if incontinent, elderly dog; and a wacky, elderly great-aunt, Auntie D. The only real sticking point is her lack of a love life since she caught her ex-boyfriend, Peter, cheating on her. The only man with whom she feels a real connection is Blake, the boyfriend of her friend’s cousin, whom she sees every few years. Loathe to be the “other woman,” she keeps her encounters with Blake deliberately lighthearted and innocuous, despite their strong mutual attraction. When she notices some curious inconsistencies in her great-aunt’s finances, she learns more about bank fraud than she ever believed possible. A heartbreaking loss, soon followed by a less-shocking misfortune, compels Georgia to reevaluate her life and to seek positive changes. This novel is apparently inspired by the chick-lit genre, but it’s heavier on humor and lighter on drinking and promiscuity. Georgia’s story, told in the first person, is almost always humorous, except when circumstances turn heartbreaking. Interspersed throughout the story are the responses that she receives from a dating website, showing the ludicrous inappropriateness of most of her potential matches. Her real affection for her Auntie D is heartwarming and makes her character even more likable. The cliffhanger ending—hopefully a setup for a sequel—will leave readers wondering whether Georgia will do the honorable thing, as she often does at other times.

'Vexed' or 'Detritus' (both for silly reasons)