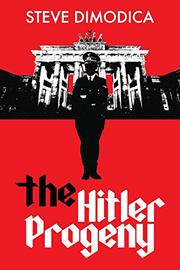 The story opens with several European Union officials murdered in Germany, and the country’s intelligence agency says videos taking credit for the assassinations feature an Arabic voice that refers to “the Dar al-Harb, or House of War.” These incidents, combined with German resentment against EU–mandated immigration, seem likely to affect an upcoming national election. Meanwhile, a long-simmering conspiracy is brewing, involving a group of female Nazi descendants called “das Netzwerk,” embodied by a shadowy figure named Gerhardt, who attempts to gain the support of disenchanted Germans. The women of das Netzwerk are conspiring with a Saudi Arabian intelligence agent, Sharif Ali, who’s arranging terrorist activities to inflame the populace. Meanwhile, Terry Solak, an American CIA agent, is working with a German intelligence operative, known only as “Otto,” to investigate the EU killings, and they soon find that cracking this conspiracy involves much more than simply rounding up the usual suspects. This fast-paced thriller’s greatest asset is its feeling of authenticity. Dimodica spent 20 years in Special Forces and military intelligence, and his experience effectively informs his descriptions of the details of Terry’s mission in a strange land. He also makes eminently clear how a lack of communication among the government operatives, police, and military agencies helps the plot to develop as far as it does—an observation that may have come from Dimodica’s own encounters with bureaucracy. The author presents fully developed characters on both sides, resisting the temptation to turn the conspirators into mere cartoons. Especially winning is Terry’s CIA handler, Evie Khazemi, a Muslim woman who’s eager to follow the evidence, wherever it goes. The narrative ratchets up the tension as the specter of Nazism looms over a divided nation, and what results is a chilling cautionary tale about where xenophobia can lead.

A frenetic and timely story that illustrates how a house divided cannot stand. 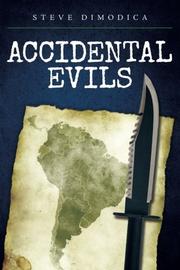 Izzy Soto Finley’s scheduled trip in 2006 to South America for her senior thesis (about the Dirty War in Argentina in the 1970s and ’80s) has caught the attention of some dangerous people. Unnamed military officers in Chile, with ties to the Empresa, a criminal enterprise, want to take down the Chilean president, Michelle Bachelet; she recently spoke at a memorial for diplomat Orlando Letelier, who was assassinated 30 years ago. Izzy’s mother, Constanza Soto, who once worked for Letelier, was at the memorial, too. Izzy is in Santiago, Chile, with her roommate Sandy, just as the Empresa is expanding their operations there. When Izzy makes a request to speak to the president about her paper, the criminal organization orders men to abduct the two young women. Fortunately, Izzy’s half brother is Cal Lozen, a Special Forces officer who was trained as a tracker by his father. With help from David Shields, a former Green Beret now with the Defense Intelligence Agency in Santiago, Cal questions various people about the girls’ whereabouts—using the occasional household tool, such as a mallet, as backup. Soon Empresa members come gunning for Cal. Dimodica’s novel keeps things moving with unwavering momentum. It offers breezy exposition, as in one man’s interview regarding the Empresa’s origins—a series of short, intermittent scenes that pay off with plenty of info. There are scenes of violence, primarily against villains, but moments of torture, once they get more physical than psychological, are only implied. The often serious plot is alleviated at times by wry humor; for example, David, after getting an update on Cal’s progress, asks, without a hint of sarcasm, “Is the body count increasing?” But suspense prevails as it turns out that the involvement of other agencies, such as the CIA and FBI, may not be helpful for Cal; at another point, Izzy’s parents are threatened after they contact the media.

A thoroughly entertaining tale with a brutal but commendable protagonist. 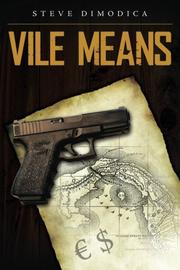 In 1999, Norris Stanton is a wealthy recluse and a survivor of the Nazi regime who now masterfully manipulates world currency markets. He also exploits Panama’s Colón Free Trade Zone and canal to make billions, then funnels all the profits to the Israeli Mossad. But as the official handoff of the canal from the United States to Panama approaches, Norris’ scheme is in jeopardy. He puts in a call to Tel Aviv for his marker, and the Mossad hatches a plot to destabilize Panama with a Serbian psychopath, who sets about forming a ragtag army of peasants to terrorize the country “for a taste of power, money, and a sense of belonging.” The goal is to lure the United States into an invasion to protect their ally and the all-important canal. When the CIA begins receiving reports from Panama of rape, torture, and murder by members of a new revolutionary movement, they send a “blind team” in country to do reconnaissance and report back. Dimodica, a former Special Forces and military intelligence operative, is good at setting the stage, and although the plot is complicated, it’s structured well enough to avoid confusion. However, the author’s habitual use of short, choppy paragraphs sometimes interferes with the narrative flow as the multinational narrative jumps from time zone to time zone. The pace is brisk and steady at the beginning, and again during the climax and denouement, but lags in the middle third; however, the ending is touching and satisfying. Dimodica’s characters are surprisingly well-developed for the genre and mostly portrayed sympathetically, with the exception of the monstrous Serb—but even he gets a back story revealing his motivations. Dimodica even waxes poetic at times: “Twilight is a time for artists, painters, photographers, and romantics. It is also the time of professional soldiers.” He also brings knowledge and experience to the story when depicting political machinations and explaining operational tactics, and he provides historical, cultural, and sociological context from the Oval Office to the Panamanian jungle. 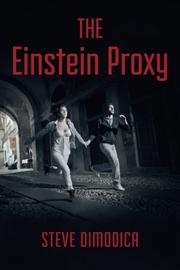 Various intelligence agencies scramble to get their hands on Albert Einstein’s lost manuscript, the solution to the Theory of Everything, in Dimodica’s (Covert Matters, 2008) thriller.

The CIA’s belief that Einstein solved the TOE and hid his final manuscript was pure conjecture, but the document may have resurfaced. The TOE solution can be used to manipulate the forces of nature and, in the wrong hands, as a weapon. The agency sends special activities division operative Terry Solak and theoretical physicist Melissa Hastings to Istanbul to recover and verify the manuscript. But they’re already behind Tefvik Yilmaz of the Dönmeh, a secret organization in Turkey. He’s been tracking and killing the keepers, a circle of scientists that’s kept the document concealed for years. Soon, everyone from Russian intelligence agents to Mossad officer David Reisman heads to Morocco, hoping to retrieve the TOE solution from one of the last keepers. The exhilarating novel showcases myriad agencies and characters, some of whom have less than reputable agendas. Short chapters that bounce from scene to scene give the story a steady tempo. To help the reader remember important players, Dimodica spotlights certain characters, like Americans Terry and Melissa or the mysterious Farraj, who offers to help David but whose true allegiance is initially unclear. Yilmaz is unquestionably the most fascinating. A prominently featured bad guy (and the deadliest), Yilmaz also has a complicated back story. He was a victim of rape while at an orphanage and is later taken in by Oguz Ghanem, his Dönmeh benefactor, who treats him like a son. Terry’s history, on the other hand, is unknown. He initially seems condescending, apparently believing that one of Melissa’s better traits is the fact that she doesn’t ask questions. Nevertheless, readers will savor the more overt qualities of the hero-villain duo. Terry, for example, faces armed men regardless of whether he’s armed or not, while Yilmaz winks at someone he then shoots in the head and does cringe-worthy things with other people’s fingernails. The story picks up even more speed as it nears its indelible ending.

The Day of the Jackal, The Odessa File, The Dogs of War

" Sometimes Doctor, It's not who gets the secret that matters...what matters is who doesn't get the secret. "

In 1989, the Soviet Union was undergoing massive structural changes. As several internal groups jockeyed for power, Soviet Military Intelligence hatched a plot to blame their arch rival, the KGB, with responsibility for a terrorist attack in the United States. The target, an American icon, would so ripple political sentiment against the KGB, that its dissolution as a governmental agency would be assured. The power struggle during the breakup of the Soviet Union sets the world on edge.
ISBN: 978-1-933598-36-9/1-933598-36-0