A kid who spent many days exploring abandoned hotels and stores in then ghost town, Jerome, Arizona, Steve Zell always loved to tell stories, draw scary pictures, and sing. Later, he became an animator and digital animation tools instructor for the LA area animation and FX studios and, as a singer, became the "Voice of Doom" for Baywatch. Steve was the first interdisciplinary studies graduate from the University of Arizona in Tucson, where he studied studio art, vocal production, drama, journalism, and chemistry. He was an early member of the Tucson Invisible Theatre Company, and the cartoonist for The Tombstone Epitaph, a town he later combined with Jerome, Arizona, and with Bodi, California, to create the setting, Pinon Rim, for his first novel, WiZrD. His family's frequent summer trips to his grandmother's home in Del Mar, California in the 60s, provided the setting for Running Cold.

A UA "Wildcat for life" and former desert rat, he now lives with his wife and daughter in the slightly more liquid climate of Portland, Oregon, where he began the partnership between Intel and Dreamworks|SKG, as well as the Intel Audio Alliance whose members included Billy Bob Thornton, Graham Nash, George Massenburg, Michael Boddicker, Nathaniel Kunkel, Allen Sides, Rory Kaplan and other audio pros. He participates in community theater, spends way too much time on the computer - and...is always on the lookout for a cool ghost town... 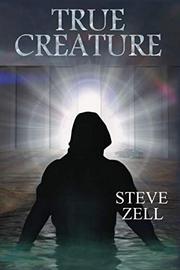 In Zell’s (Urban Limit, 2017, etc.) supernatural thriller, a reporter and a medical examiner team up to investigate a string of bizarre murders.

In 1968, Arizona U.S. Senate candidate Todd Worwick makes news by supporting a much-needed irrigation project. Investigative journalist Deanne Mulhenney is covering the story diligently, but it’s a far cry from her earlier series on child abuse in the church. Then Sara Poole, a California medical examiner, arrives in Arizona seeking Deanne’s help with a potential murder mystery. Sara has connected two apparent drowning deaths in Los Angeles with two others in Phoenix. But the LA victims were found in places where there was no water source nearby. The two women quickly uncover another connection between the four deaths, which ties to an unsolved disappearance from years ago. They further link the case to Worwick, and they fear that the candidate may be the killer’s next victim. A dark sedan keeps following Deanne and Sara—but the murderer may not be its driver, but something otherworldly. Zell’s novel relies not only on its mystery plot, but also on a slowly emerging supernatural presence. The investigation gradually reveals surprises about certain characters. Meanwhile, the paranormal elements, while evident, are often understated—except, perhaps, during the frantic final act. The author aptly engages readers’ senses during murder scenes, as when he describes a “stench of death” and corresponding nausea. However, Zell tempers these details with uproarious moments involving tween Donovan O’Malley; his attempts to impress Cassandra, Worwick’s daughter, tend to fail in comical ways. Deanne and Sara are astute protagonists whose collaboration eventually moves beyond platonic friendship. The ending, which takes a peculiar but not entirely incongruous turn, is unquestionably memorable.

A tense, offbeat story that concentrates more on generating suspense than revealing frights. 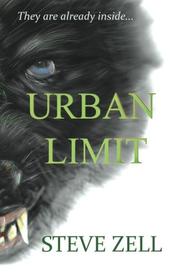 A move from the city to a new home in the snowy mountains becomes a fight for survival for an Oregon family in this thriller.

Seventeen years of hard work at the tech company Portland Micro has earned Ken Carroll a sabbatical. For his four months of paid vacation, he and his family move to their newly constructed home on Cedar Mountain. It’s especially taxing for Ken’s wife, Amanda, who will miss her city restaurants and yoga classes. But twin teens Kristi and Reed have an easier time adjusting. Olympic hopeful Kristi excels at nearly every sport, but she has plenty of space in the mountains to focus on cross-country skiing, marksmanship, and fencing. And though nerdish Reed would have preferred staying in public school with proximity to female peers, he has ready access to a cherished online game, “Mythykal.” Unfortunately, a blizzard hits, seemingly stranding Amanda in the storm, while danger lurks for the others at home. Wolves in the area often have their eyes firmly on the human “intruders,” and Reed should probably avoid following the Hispanic girl he continually sees in the nearby woods. An attack of some kind is imminent, forcing the Carrolls into a violent confrontation. Much of Zell’s (Running Cold, 2017, etc.) novel thrives on retaining an aura of mystery. Amanda’s fate, for one, isn’t immediately revealed, and there’s a definite menace in the forest, exemplified by unmistakable leeriness from the family’s chocolate Lab, Dog. The author often works this to great effect; in a chilling scene, Reed spots something in an icy creek that apparently rolls over (presumably for a better look at him). Alternating perspectives expand the narrative, eventually including Cedar locals like the sheriff. The twins, however, are the standouts: Kristi displays her prowess in the feverish denouement while Reed, about halfway through, commits an act that will shatter much reader sympathy. But that’s the story’s essence: shocking turns in abundance and generally disturbing.

An unnerving but memorable tale that leaves myriad lingering questions for a prospective sequel. 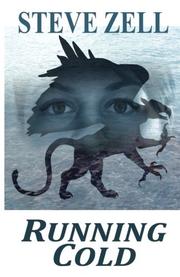 This tale begins innocuously enough, in the mid-1960s, with single mother Brit Helm moving from Phoenix to the suburban town of LaVista in Southern California. She’s doing her best to be both parent and friend to her 12-year-old son, Michael, but they’re still grieving the loss of Michael’s older brother, Nicky, and their new home, choked in dust and mildew, is a far cry from their previous one, with its swimming pool and mountain view. Michael is also now the new kid in LaVista, facing the usual social minefield, which includes a pretty surfer girl named Sandy Randall. Brit has her hands full, too, as she tries to settle in, find a good job, and keep a watchful eye on Michael. Subtly and gradually, Zell makes readers aware of the fact that Brit’s worries about her son extend beyond mere protectiveness: “From the moment they’d placed Michael in her arms, she knew this one is different.” In carefully doled-out increments, we begin to learn the nature and extent of that difference, interwoven with the stuff of ordinary childhood as Michael experiences a crush, obsesses over movie monsters, and keeps an eye out for potential bullies. This is classic Stephen King territory—indeed, this book will certainly appeal to King fans—and Zell knows his way around it, gradually darkening the tones of his plot as it progresses toward a climax that effectively blends psychological and supernatural elements. The book is also saturated with the music of its 1960s period. Brand names are highlighted with a touch too much regularity—the kids ride Schwinn bicycles, of course; Michael sets his record player on a stacked set of the Encyclopedia Britannica, and so on. That said, Zell’s enthusiasm for his material wins out over mere box-checking.

A smart, smoothly written horror tale in the King vein. 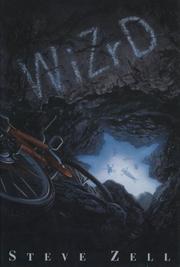 First novel, filled with slow-building horror set in Arizona. A once booming center for gold mining, the ghost town of Pinon Rim, whose population a century ago faded overnight, has been reinvigorated by an arts colony. Among the newcomers to the colony are 14-year-old Bryce Willems, who lives with his painter father Trevor, Bryce's new stepmother, Cathleen, and his younger stepsister, Megan, whose poor eyes demand that she wear one black lens. Odd things suddenly are happening in Pinon Rim. A dog goes mad and makes a graveyard for dozens of small, bloody animals in its owner's front yard, and the owner also goes mad and tries to shoot the sheriff. But—is the dog mad or merely a stuffed, dead thing its owner only thinks is marauding? A ten-year-old Navajo boy is found drowned in the nearby creek, apparently having been caught in a flash flood on the reservation and then floated five miles to Pinon Rim. And at a place where no birds sing Meg has discovered a lost entrance to the WiZrd mine—a cave to which she takes Bryce for a rather creepy inspection. Meanwhile, a ghost child only Megan can see hangs around the schoolyard imploringly, and at times she has to cut her way through menacing older kids with an eight-inch knifeblade. It seems that a century ago all the children in Pinon Rim died, perhaps of diphtheria. Bryce in the meantime falls for Connie Bowman, whose family has a ghastly local history. Slowly, in fact, the town from a century ago comes to life, and Rose Bowman is again burned alive as a pariah and scapegoat. At the same time, an ancient blue-and-white force from the cave—the Wizard!—invades the living, and even Megan, Cathleen, and Trevor—like the mad dog- -are sucked empty by it. WELCOME TO HELL a torn banner cries on Front Street.... We've met this force before, but Zell's western motif adds freshness.

Attempting to escape city life, a family battles for survival in the Oregon wilderness. While Kristi trains for her shot at Olympic glory in the winter games, her twin brother Reed spends his days in the cyber world of video games. But something sinister has found its way into both worlds that will soon bring them together, or tear them apart forever.
Published: June 1, 2017
ISBN: 978-0984746842