Steven Stosny, Ph.D., is the founder of CompassionPower. This is the first novel of a well-known psychotherapist and author of psychology books for the general public and popular blogger for Psychology Today. His current book is Soar Above: How to Use the Most Profound Part of Your Brain under Any Kind of Stress (out in March). His recent books are, Living and Loving after Betrayal, How to Improve your Marriage without Talking about It: Finding Love beyond Words, Love without Hurt, The Powerful Self, and Treating Attachment Abuse. He has treated over 6,000 clients for various forms of anger, abuse, and violence. He has appeared on “The Oprah Winfrey Show,” “The Today Show,” “CBS Sunday Morning,” many CNN shows, and in the New York Times, Washington Post, U.S. News & World Report, WSJ, Esquire, Cosmopolitan, O, Psychology Today, USA Today. He has taught at the University of Maryland and at St. Mary’s College of Maryland. His blog on Psychologytoday.com has had over 10 million views.

“The story gets gloomier and more harrowing in the final act, but narrator Henry One provides slivers of light throughout with a cynical but earnest voice: “Reality is a lot harder than I imagined.” Stosny’s typically dry descriptions provide a counterpoint to the plot’s somber content, like simply noting a children’s toothpaste commercial that follows a TV report on child sex-trafficking victims. The lead’s dual personality gives readers two absorbing characters, regardless of who can or can’t see them.”
– Kirkus Reviews 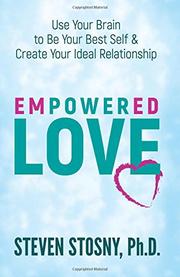 After exploring the minefields of emotional blunders and personal suffering, Stosny (Soar Above: How to Use the Most Profound Part of Your Brain Under Any Kind of Stress, 2016) insightfully examines the pitfalls and challenges of committed relationships. Applying his expertise as a relationship authority in this affable guide, the author outlines a series of problematic and very realistic scenarios and an accompanying set of solutions. Stosny believes one of the main reasons why relationships are so difficult is because “the biology that brings us together doesn’t keep us together.” However, biology is just one factor among many influencing a relationship’s destiny: fluctuating compassion, trust, focus, energy, and flaring emotions all contribute to the longevity of a partnership. The author reiterates his theory on the “Toddler brain” versus the “Adult brain” and the importance of utilizing the proper organ when making the important everyday choices as well as in matters of love. He navigates through the emotional blind spots and coping mechanisms of relationships in jeopardy and addresses the nuances of blame, criticism, jealousy, and entitlement and how they correlate with the idea of immature “Toddler love” and contribute to love’s demise. In the book’s more relatable and applicable second half, Stosny focuses on how the use of “Power love,” a theory that relationships are based on desire, support, and values rather than emotional needs or fleeting feelings, can cultivate individual growth and nurture synergistic relationship bonds. Readers will garner valuable negotiating strategies, learn interactive exercises (including a “bedroom scoreboard”) to engage more proactively with their partners, and apply practical knowledge on shepherding their own relationships away from destructive behaviors and toward a unifying, durable connection.

Readers on the lookout for self-development and a deeper loving connection with their partner will find ideas and guidance galore in this sensible relationship manual. 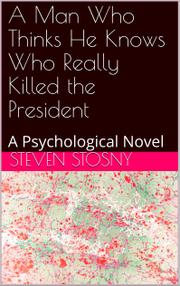 A MAN WHO THINKS HE KNOWS WHO REALLY KILLED THE PRESIDENT

Stosny (Henry-Henry, Shadows & Light, 2016, etc.) offers a story about an author’s connections to the past and President John F. Kennedy.

The protagonist of this jumpy novel is a white man, George, who falls in love with and marries an African-American woman, Madeline, in the late 1950s. One day, while driving, George explains to Madeline why he loves her, and, due to his distraction, the two crash into a Budweiser truck. The accident tragically leaves Madeline in a wheelchair for the rest of her life, and they wind up receiving a tidy legal settlement from the beer company. Afterward, George refuses to get a full-time job, although he remains dutiful to his wife. With the settlement money, he’s free to pursue his personal obsession: an ever expanding novel called Primordial Swamps. When Madeline advises him to make the book shorter, he says, “The story can’t be cut, it’s about everything.” As he works on his novel, he also becomes fixated on President Kennedy and his assassination. The book bounces between various time periods, including 1963 and 2033, encompassing George’s novel, George’s reality, and the tale of a curious doctor in 1963 who would like to see the 35th president killed. The story moves and changes quickly, and, as such, its ideas come at a rapid pace. For example, iron lungs, the Cuban missile crisis, and Kennedy’s infidelities are all considered in quick succession, giving readers digestible tidbits of history without ever exhausting their attention and interest. The book also offers this slim but potent observation on first lady Jacqueline Kennedy: “She brought elegance to a country in need of fantasy.” Some of the more fictionalized material doesn’t always flow as smoothly; George’s immediate family is strange but not very memorable, and when his relations meet unfortunate endings, one may be more likely to shrug than to gasp. The story is much more engaging, however, when focused on the protagonist himself and his odd struggles, which provide a unique view on events of the past.

A rollicking, if occasionally foggy, adventure through time and memory. 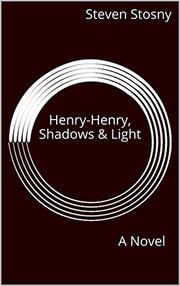 Psychotherapist Stosny’s (Soar Above, 2016, etc.) first foray into fiction is a dark thriller following a man who, despite an iffy grasp on reality, hunts sex traffickers.

Henry One isn’t merely hearing a voice in his head as shrinks have suggested. He’s sharing his body with Henry Two. The latter has a life outside the apartment, while One has been a recluse for the last 10 years since his superiors at Our Lady of Good Counsel asked him to leave the priesthood. The personalities argue constantly. When Two mocks One for his earlier, agonizing experience at the church, One tries to kill him. Doctors, of course, consider it a suicide attempt and send Henry to the Saints of Mercy Mission, a home for former clergy with mental health issues. Tensions decrease between the personalities, and though their collective reality is gradually unraveling inside the mission, they’re both anxious when they hear about its imminent closure. Being outside for the first time in two decades, however, gives them a chance to concentrate on what’s tangible, especially strange new technologies like iPhones and Google. But they discover their true focus when reading about sex-trafficking operations involving children. Convinced the ringleaders have multiple personalities, One and Two think they can help the FBI find them. Stosny’s integration of dual personalities into the storyline helps the novel stand out, and the disorder becomes more than just a convenient plot device. Readers, for example, may forget Two isn’t actually there; characters often note Henry’s tendency to say “we” when referring to himself; and from Henry One’s perspective, Two genuinely snatches a torn magazine out of his hands. Outside forces typically spur the plot twists. The story gets gloomier and more harrowing in the final act, but narrator Henry One provides slivers of light throughout with a cynical but earnest voice: “Reality is a lot harder than I imagined.” Stosny’s typically dry descriptions provide a counterpoint to the plot’s somber content, like simply noting a children’s toothpaste commercial that follows a TV report on child sex-trafficking victims.

The lead’s dual personality gives readers two absorbing characters, regardless of who can or can’t see them. 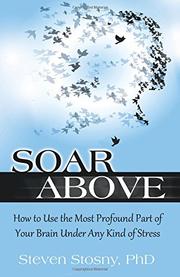 How to access your higher brain for a better life.

Arguing that many of our reactions to the circumstances around us come from habits developed during childhood, a theory Stosny (Living and Loving after Betrayal, 2013, etc.) backs with research and his own therapy sessions, the author outlines just what that toddler brain is and how to access your adult brain instead. Located in the prefrontal cortex, the adult brain matures later in life and is responsible for a variety of functions. “A relatively late addition to the species,” writes Stosny, “the many specialties of the prefrontal cortex (PFC) include analysis, sensitivity to the perspectives of others, judgment, calculation, and regulation of impulses and emotions. It appraises environmental cues and organizes information to reconcile those appraisals with internal experience.” Only by using this part of the brain can we "soar above" the knee-jerk responses built up over a lifetime of habits that originate when the toddler brain is in control. By understanding what we want to "appreciate, nurture and protect," we can create a better life for ourselves and the other people in our lives. Although a bit redundant in his descriptions and comparisons between the toddler brain and the adult brain, Stosny, who writes one of the most popular blogs for Psychology Today, provides valuable information for those searching for a way to break out of old constructs. By examining our feelings, we can see how a toddler's reaction of fear can harden into caution or concern in the adult, anger can shift to impatience, and shame morphs into disappointment, all negative feelings the adult brain is more capable of processing in a positive way. Increasing self-esteem and offering kindness and compassion are just some of the many suggestions Stosny recommends for his readers.

In a book that will appeal to readers devoted to self-betterment, a relationship expert divides the brain into two parts and shows how to let the mature side win when under stress. 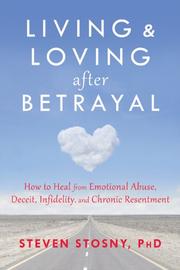 LIVING AND LOVING AFTER BETRAYAL

Stosny (Love Without Hurt, 2008, etc.) is a consultant on anger management and family violence who conducts workshops worldwide. In this manual, he offers a pathway to recovery based on maxims similar to those found in books such as Norman Vincent Peale's The Power of Positive Thinking. Stosny cautions that being angry has “potent analgesic and amphetamine components that temporarily numb pain and provide a surge of energy to overcome perceived threat,” which can be addictive. Instead of being reactive, the author counsels allowing “ourselves to be guided by deeper values more than temporary feelings.” All of the exercises are to be done in writing. The first counterpoises a negative, self-critical attitude, such as “I'm gullible, a fool, too trusting,” with the affirmation, “I'm resilient, resourceful, human, sensitive.” A follow-up, five-step exercise elaborates core values and concludes with a spiritual testament. Another exercise includes comparing specifics: “What my partner did: My partner was mean to our pets. What I do: Today I was kind to our pets,” and so on. The second section of the book takes readers beyond verbal affirmations to taking actions that provide a meaningful basis for moving ahead with the healing process, such as treating a family member to dinner, bringing a pet to the vet or visiting an art gallery. Stosny also offers tips on how to use the lists to evaluate a potential lover (e.g., how that person discusses former relationships that didn't work out). In a valuable final section about the possibility of repairing a relationship after betrayal, the author gives a hypothetical example of a couple that profited from his anger management boot camp.

May help sufferers gain insight and move along with life, if they're not put off by the cloying tone and conventional wisdom.