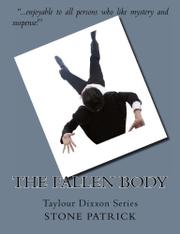 In Patrick’s debut thriller, a small-town Texas lawyer may be getting too close to finding the killer who murdered her client’s husband.

When Texas Rangers arrest Sarah Baines for murdering her philandering husband, she’s already got a lawyer: Taylour Dixxon, a woman Sarah recently befriended who now has her first murder case. After Sarah is assaulted in prison while being tried, authorities place her in protective custody. That doesn’t stop her husband’s killer, Roman Danshov, from looking for Sarah—and Taylour might be the way for Roman to find her. Patrick’s novel features a protagonist whose life outside of lawyering is often more intriguing: Taylour’s wayward nephew, Spencer, invites himself to live with her, and the boy’s father doesn’t seem to mind; and other legal cases not relevant to the murder, such as homeowners in a dispute over a new fence and an Internet hookup gone wrong, leave more lasting impressions. Taylour is commendable as the lead, and she’s usually thrown into dramatic situations, as when she quickly earns Spencer’s respect by putting him to work or when she gradually falls for Philip Davidson, the Ranger keeping a close eye on Sarah—a connection that adds tension since Sarah also has feelings for her protector. Roman’s villainy is never in question; he’s determined to stop Sarah (for a reason not wholly revealed until the end), and his resolve leaves bodies in his wake and pages wrought with suspense. But he’s inexplicably omniscient, somehow knowing that Sarah is in protective custody and that, despite the case being over, Taylour is still looking into the murder. Similarly, for a hired gun not wanting to draw attention to himself, Roman is too conspicuous: He pulls his .22 on an annoying cabbie and is continually flashing wads of cash, even for something as simple as a clerk helping him find clothes to buy. Though the murderer’s identity is known from the beginning, Patrick throws in a surprise or two before the story’s over, and aside from a minor character whose fate remains uncertain, everything wraps up nicely.

A bit lightweight as a thriller, but the family drama and an indelible protagonist give the narrative a decent amount of depth.