It was a rainy day when Susan e. Paul was born on April Fool's Day in Montreal, Canada. Things got better as she spent an idyllic childhood running around until the streetlights came on. At some point, she thought that practicing law was a good idea.

Luckily, her husband very kindly offered to take it away from it all by moving them first to Europe and then to Asia. The Afterlife Coach is her second novel, after the well-received Snoop, and on most days she can be found chained to her desk working on her third one. She recently stepped off the expat merry-go-round and currently lives with her family and their anarchistic dog in Toronto.

“This tale offers an exuberant take on the afterlife.”
– Kirkus Reviews 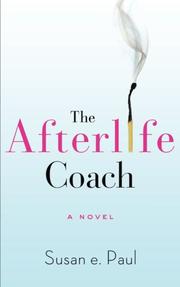 A novel details one woman’s interactions with the dearly departed.

When Claire Anderson returns home from a canceled vacation, she is in for quite a surprise. Napoleon Bonaparte is sitting in her living room watching CNN. Soon Claire finds that the legendary leader is not the only unexpected guest: her kitchen contains Janis Joplin and Count Dracula. While an ordinary person would find such a scene deeply troubling, Claire is anxious but not completely flustered. She is a former afterlife coach and has seen this type of thing before. The details of this occupation are complex (and require a lengthy explanation) but it has essentially been Claire’s job to help troubled souls sort out issues from their lives and guide them to suitable places after they die. The catch is that Claire is retired from her vocation and she certainly did not anticipate such peculiar visitors. Will she be able to help these three disparate and needy individuals? After all, she is still dealing with the recent death of her husband; she has two teenage sons to worry about; and her promiscuous friend Karen Palmer has just become pregnant. The idea that such coaches exist makes for a unique, playful plot focusing on the possibility of life after death. Wouldn’t it be comforting (or perhaps annoying) to know that you may be able to work through problems you dealt with in life even after you died? The setup for Claire’s mission is inherently wacky and what sort of silliness a modern Joplin (who appears as a middle-aged Indian woman to non-coaches) will flaunt remains in flux (although the reader can assume, not incorrectly, that the rock star will still like alcohol). Certain circumstances can reach a little too far to be comedic, such as elderly people demanding affordable condoms at the behest of Joplin and Napoleon. But Paul’s (Snoop, 2013) story is at its best when indulging in the zany. Once the reader is onboard with the rules of Claire’s former position, there is no telling when all the kookiness will end and the deceased will recede to the pages of history.

While the premise requires large blocks of exposition, this tale ultimately offers an exuberant take on the afterlife. 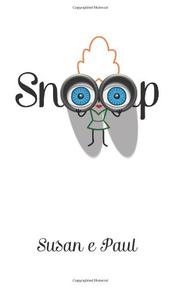 In Paul’s debut novel, a wife makes a discovery that makes her suspect her husband of cheating.

Julia Baxby has relocated to London with husband Stephen and 8-year-old daughter Charlotte, abandoning her own career for the sake of Stephen’s luxury adventure travel business. She misses best friend Catherine, a forensic entomologist in Los Angeles, but also makes a handsome new friend: François, the owner of the Sacre Brew cafe. She notices that Stephen seems preoccupied lately, and then she finds a suspicious stain on his pant leg and a note in his pocket from another woman. Catherine encourages her to “cherchez le man cave,” and Julia finds vibrators in a desk drawer in Stephen’s home office. With François’ help, she then breaks into Stephen’s office at work, where there’s a trunk filled with sex toys: “[N]ow I know why he looks so tired,” she says. Meanwhile, Stephen’s silent business partner, Maxwell, Lord Rothbottom, has taken up with a gorgeous young woman whom Julia calls a “sugar embryo.” Back in America, Julia’s Catholic mother, who never liked Stephen, suspects something is amiss because she’s been having unsettling dreams; at the same time, she’s converting to Judaism with the help of her new love, rabbinical scholar Jacob. Julia and her cohorts concoct a plan to confront Stephen and learn the truth about “Dildogate.” The novel is initially hilarious, with sharp composition, a chatty, just-us-friends style, and sassy dialogue. Julia is witty, decent, likable and a tad klutzy—very Sandra Bullock—and many scenes have appealingly comic setups. Much of the plot hangs on Julia avoiding asking Stephen outright why he has all this sex paraphernalia. This postponement, however, adds about 70 gratuitous pages, and many readers will be able guess early on as to whether Stephen has been unfaithful. What begins as a smart, saucy tale with a bit of bite eventually loses steam and devolves into over-the-top zaniness, but it also provides ample opportunities to toss out one-liners and occasional remarks about celebrities. Overall, the book reads like the script for a rom-com (Julia even notes at one point that her story would make “a great movie”), which may be more than enough to captivate some readers.

An amusing, if overlong, tale of alleged infidelity.